Unfortunately he’s a sick man, and I’m sure he won’t be able to get a mount anywhere and will be banned from most racetracks now.:(

Unfortunately Jockey’s have a hard life and some are not capable of dealing with the stress.
what a shame as he is gifted when he is on!

Longtime assistant to trainer Raymond Handal, Jose Mejia suffered severe injuries in a Sunday morning spill at Turfway Park in Florence, Ky. According to Handal's Facebook post and a GoFundMe page, Mejia's mount stumbled and went down, landing on top of him. The 33-year-old assistant had to be airlifted to the hospital and was found to have incurred 10 broken ribs as well as four broken...

This could be a case Baffert and his attorney will be paying close attention to. 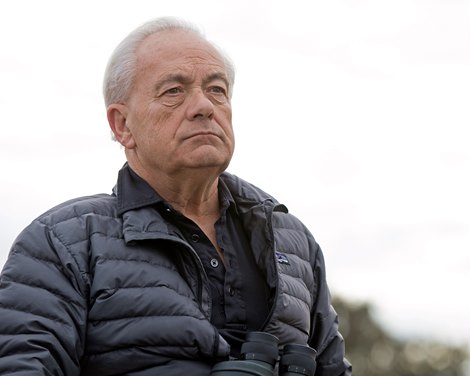 The damages case filed by Jerry Hollendorfer against The Stronach Group and subsidiaries in ownership of Santa Anita and Golden Gate is poised to go to jury trial in Superior Court of Los Angeles Feb. 14 following a pre-trial conference Monday.

Well, when you blame the track with rain and then say this, doesn’t bode well for Hollendorfer….

. Yet, according to TSG's brief, Hollendorfer said in deposition he never ran a horse on a bad track

Baffert’s issue will be making the statement of better oversight on his barn(s) and then still coming up with MS’ positive in addition to Gamine’s 2nd positive. Hollendorfer’s jury trial has taken a lot longer than Baffert’s, so if he sues CDI it most likely won’t get done until closer to end of year? 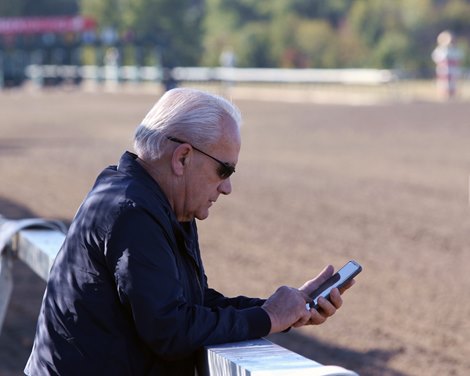 After attorneys for trainer Jerry Hollendorfer and entities of The Stronach Group appeared for a pre-trial conference Feb. 7, an order prepared by Judge Maurice A. Leiter directed a one-month postponement of the trial originally set for Feb. 14.

OMG! This was done by someone who knew what was in there and that Wesley would be gone. I hope they catch the person.