Road To The Kentucky Derby 2023

The Unreported Death of Cezanne

Lots of old world names in their legacies!

Cyberknife  to Spendthrift when his racing is over

I hope it’s after a four year old campaign

Shuvee winner Clairiere and runner-up Malathaat were both products of the Stonestreet Farm breeding operation by Stonestreet’s Hall of Fame sire Curlin, each out of A.P. Indy-line mares who won Grade 1 races under the Stonestreet colors themselves. If there is such a thing as a proven road to the top in Thoroughbred racing, it appears Stonestreet has found it.

Mr Freeze retired and will stand in Ohio

Brody’s Cause moves to Pennsylvania

Lanes End landed Flightline! The question will be does he retire to stand in 2023 or wait till 2024. 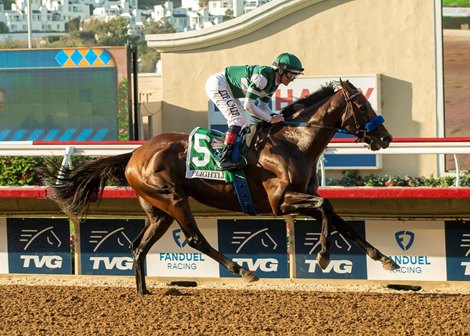 Flightline to Stand at Lane's End After Racing Career

Undefeated Flightline, who posted a 19 1/4-length victory in the Pacific Classic (G1) earlier this month, will enter stud as the property of a syndicate at Lane's End Farm upon the conclusion of his racing career.

Mustaabeq to stand at Darby Dan