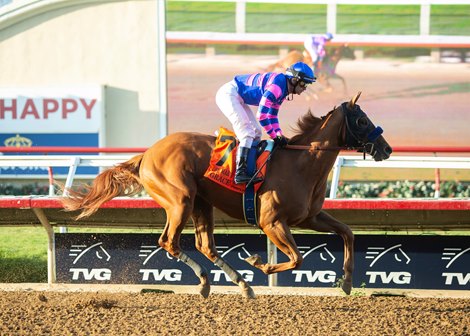 Grace Adler, Eda, and Benedict Canyon will try to give Baffert his fifth consecutive Starlet victory. 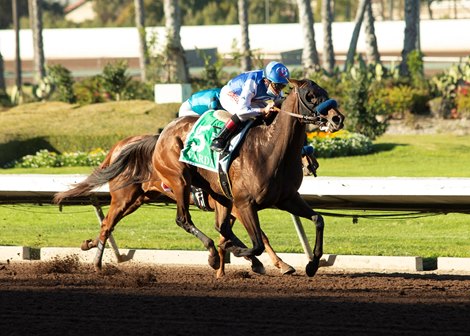 Eda fought mightily to win the Starlet- What has happened to Grace Adler?

0
ReplyToggle Dropdown
Msg 4 of 10 to cigarellocigarello
In reply toRe: msg 3

0
ReplyToggle Dropdown
Msg 5 of 10 to cigarellocigarello
In reply toRe: msg 3

Her first two races were so easy. Her last few she has been inside getting dirt in her face and made no effort to quicken. It’s possible she hates being inside. Bob will figure it out 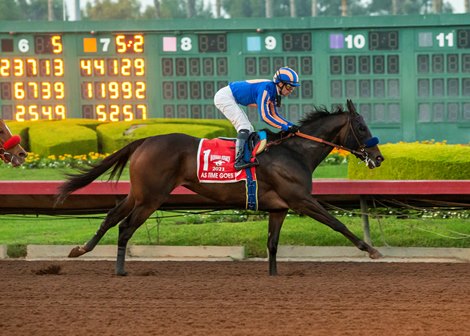 As Time Goes By Back on Top in Bayakoa Stakes

The royally-bred As Time Goes By proved tough Dec. 5 at Los Alamitos Race Course, putting away a challenge from Warren's Showtime to return to the winner's circle in the $100,500 Bayakoa Stakes (G3). 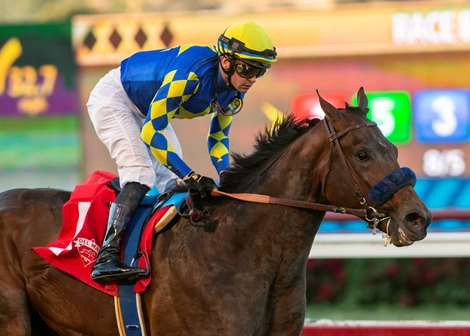 Bob Baffert has won all seven editions of the Los Alamitos Futurity (G2) conducted at Los Alamitos, and odds are, he should keep that record perfect this year. The trainer has entered Messier and Barossa in the 1 1/16-mile event for 2-year-olds.

Race 5 MSW Under the Stars a Pioneerof the Nile who is a 1/2 sister to Bodemeister won with ease. This was her 3rd start but she finally put it all together today for Coolmore and Baffert.

Race 8 Doppleganger (Into Mischief) who is named this because he is the spitting image of his dad! Won at first asking for The Three Amigos, and other owners and Baffert as trainer.

His win was the 99th first time out 2 year old winner for his father Into Mischief!
That is certainly an achievement by any stud!

This was Messier’s first attempt at 2 turns he ran a good race.

Paul and Zillah Reddam won the Los Alamitos Futurity, a race they have sponsored in the past, for the first time, and they did it with a California-bred son of Nyquist.