thank you for the input on how the fall happened;  it was too fast to analyze  (for me).  Yes, you are absolutely correct about Maggie's reporting afterward.  She and her husband spend so much time on track they probably had watched this horse work.  Such a sad time.

I was just coming to post this. Run free Caressing!

Caressing, what a great mare.  In addition to West Coast, I have followed Gold Hawk (by Empire Maker)  who was still running at 10 yrs of age, I believe.  Have always followed the progeny of Honour and Glory since they go straight back to Man 'O War and Caressing was one of the best.  Running in the Lord's meadows now.

down cause he won a boatload of money on her that day!!!  I didnt pick her to win

NO!! I hate Laminitis! Run free Lord Nelson! Condolences to Spendthrift and all who loved him. 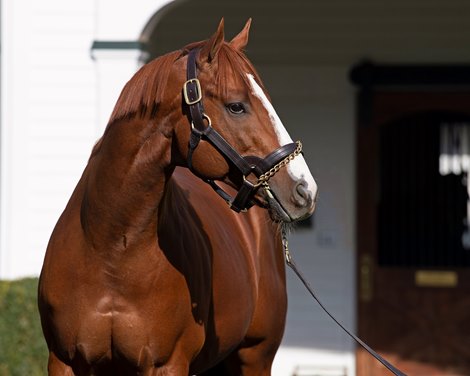 Spendthrift Farm's Lord Nelson, the three-time grade 1-winning son of Pulpit and a freshman sire of 2021, was euthanized Oct. 7 after a long battle with laminitis. He was 9.

Crap crap CRAP!! I so hate laminitis! He was such a warrior to survive his initial bought, how sad. My condolences to his connections and to all of us who loved him.:(

Oh no- my heart is broken- I was so happy when he survived- how sad and awful-- Condolences to all who love and cared for this courageous warrior.

Such sad news about Lord Nelson.  Condolences to those who loved him.

Unfortunately it is a disease that doesn’t fully go away. His heart to beat it the first time was incredible. Now he is pain free in Heaven running with the herd.
I hate Laminitis so much!