Update on Sandler’s BC runners and more. 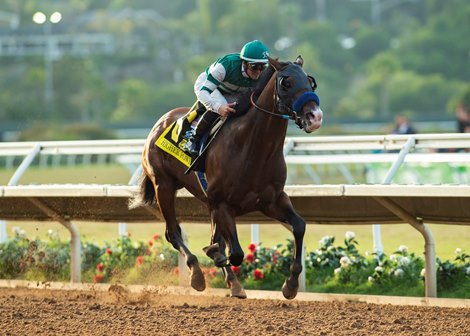 This will be interesting.... Fravel leaving BC after SA to join TSG......

0
ReplyToggle Dropdown
Msg 44 of 305 to gerchgogerchgo
In reply toRe: msg 43

0
ReplyToggle Dropdown
Msg 47 of 305 to cigarellocigarello
In reply toRe: msg 46

NBC will show both PA Derby and Cotillion

The Breeders' Cup World Championships are less than two months away and this weekend the Challenge Series heads to Parx Racing Saturday in Bensalem, Pa. where the “Win and You’re In” Cotillion (G1), an automatic qualifier for the Longines Breeders’ Cup Distaff, will serve as a co-feature on a card that is highlighted by the Pennsylvania Derby (G1). With the late scratch of Maximum Security, the Pennsylvania Derby sees Triple Crown rivals War of Will and Improbable as the pair to beat. Both the Cotillion and the Pennsylvania Derby will be televised Saturday live on NBC at 5:00 PM ET as a part of the Breeders’ Cup Challenge Win and You're In Series presented by America’s Best Racing.