0
ReplyToggle Dropdown
Msg 36 of 76 to gerchgogerchgo
In reply toRe: msg 35

The final 2019 lobbying reporting required by the U.S. House and Senate has been filed in Washington, D.C., and made public on the U.S. Senate's website.
Reports from Churchill Downs reveal the organization has hired some "big guns" to lobby against the Horseracing Integrity Act, H.R. 1754/S. 1820. The reports reveal Churchill paid $30,000 to Harbinger Strategies for the period of January 1, 2019 - March 31, 2019, for lobbying services by Manny Rossman, a Senior Policy Advisor to former U.S. Senate Majority Leader Trent Lott (R-MS); Steve Stombres, a Chief of Staff for former U.S. House Majority Leader Eric Cantor (R-VA); and three additional lobbyists at the firm.
Adding a second firm in the next quarter named Subject Matter with eleven total lobbyists also at $30,000, Churchill paid a total of $60,000 to the two firms for the period of April 1, 2019 - June 30, 2019, another $60,000 to the two firms for the period of July 1, 2019 - September 30, 2019, and $60,000 more to the same two firms for the period of October 1, 2019 - December 31, 2019.
If Churchill Downs continues at the current rate of spending $60,000 per quarter, they'll likely shell out $240,000 this year - primarily to defeat the Horseracing Integrity Act that would end race-day doping, create a uniform national standard for drug testing under the U.S. Anti-Doping Agency (USADA), and bring integrity back to the sport.
Marty Irby
WHOA Member
...[Message truncated]
View Full Message
0
ReplyToggle Dropdown
Msg 37 of 76 to Amy (1pony)1pony
In reply toRe: msg 36

Bill to be presented in both House and Senate

0
ReplyToggle Dropdown
Msg 39 of 76 to gerchgogerchgo
In reply toRe: msg 38

It’s about time! I hope this bill finally moves forward

0
ReplyToggle Dropdown
Msg 40 of 76 to gerchgogerchgo
In reply toRe: msg 38 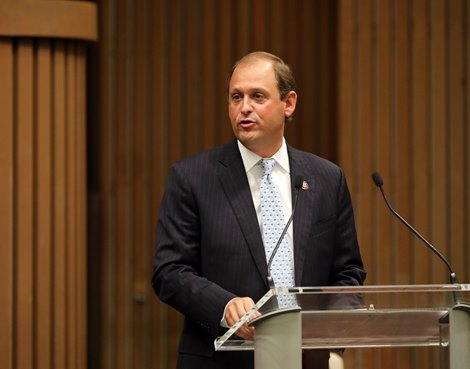 After years of effort to reach the U.S. House Floor, once there, the Horseracing Integrity and Safety Act won in a walkover.

Yep and about time!

Committee to nominate board members for the HISA, nice to see this moving forward so quickly!

0
ReplyToggle Dropdown
Msg 43 of 76 to gerchgogerchgo
In reply toRe: msg 42

Five to be from outside the industry and four from within.

Editorial about what to put into effect