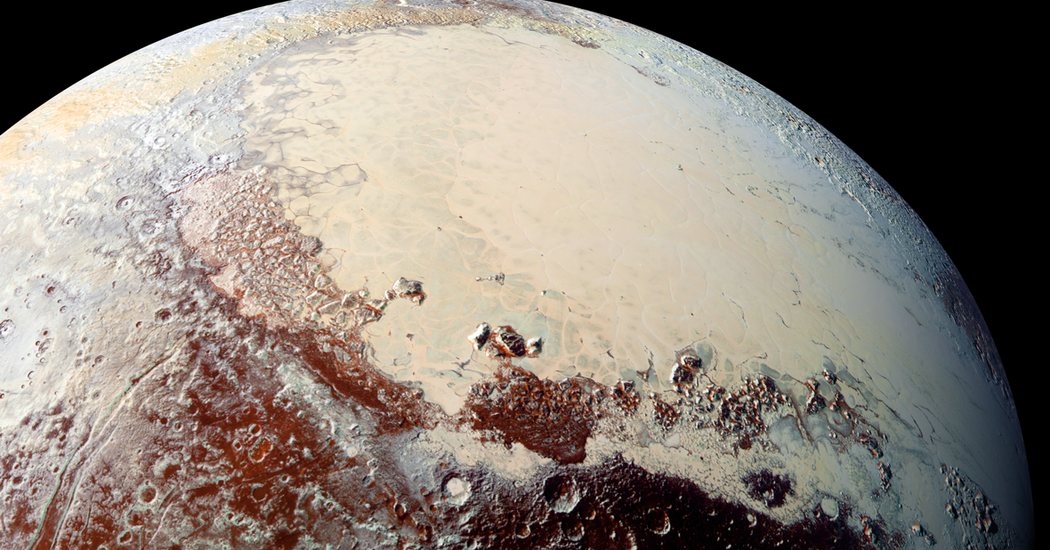 What We've Learned about Pluto

The story of Pluto is largely a story of ice. On Earth, the only ice is frozen water. On Pluto, nitrogen, methane and carbon monoxide also freeze solid. The most striking feature that NASA's New Horizons spacecraft saw when it flew past Pluto last July was a heart-shape region now named Tombaugh Regio after Clyde Tombaugh.

.@AlanStern: Pluto's satellites are all rotating at high speeds and out of whack, spinning quickly compared to orbital speeds

Pluto's moon Charon's red pole is unlike anything we've seen in the solar system, says @AlanStern

We're hoping for another Kuiper Belt Object flyby in Jan. 2019, that final proposal is being submitted today, says @AlanStern