As we approach our new target in the Kuiper Belt, here’s a brief look back at where we’ve been. This is every single LORRI image taken during Pluto flyby, played in order, raw. pic.twitter.com/odHibtWgG2 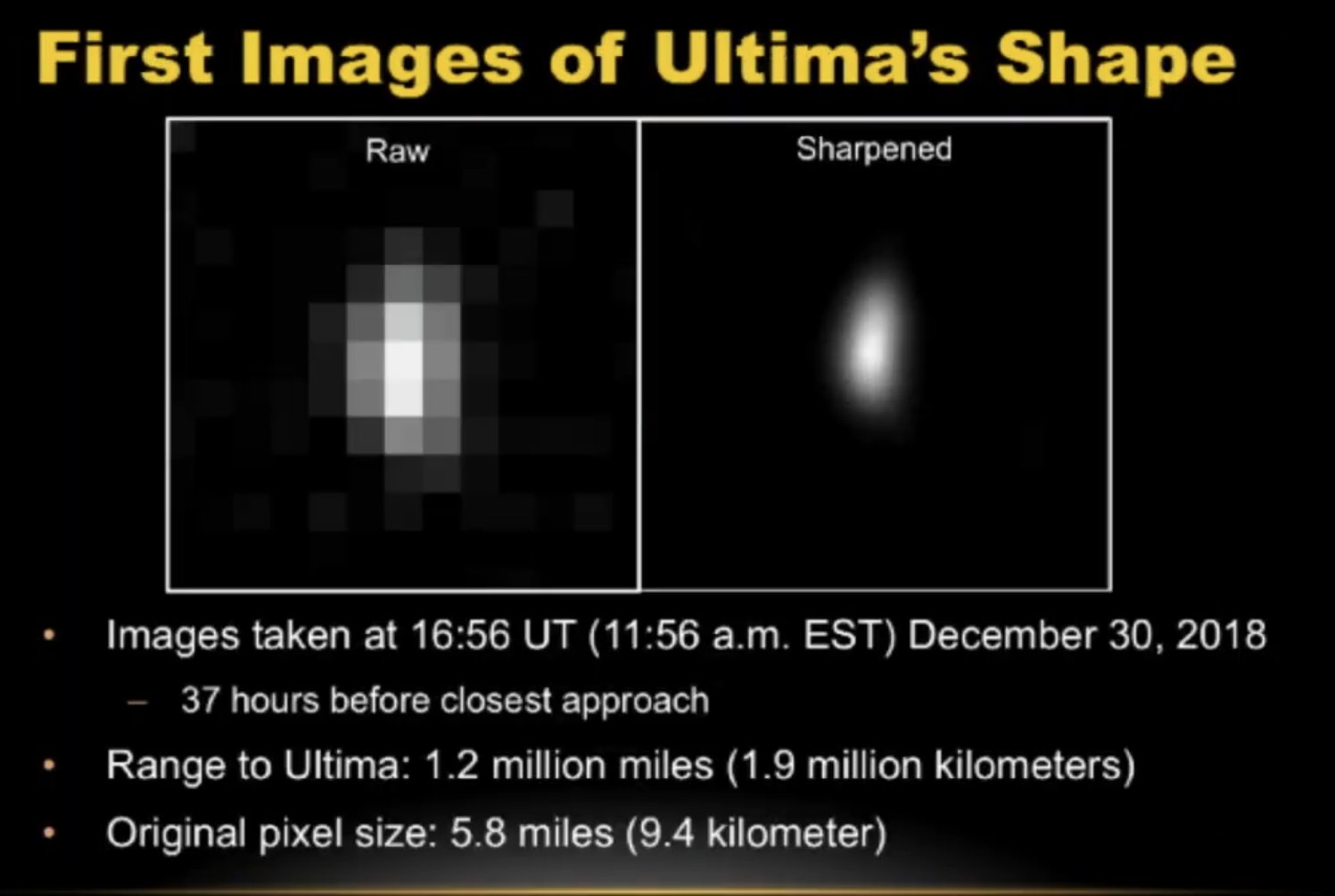 "It's an elognated blob. It's not round. Aww, lookit the little peanut." 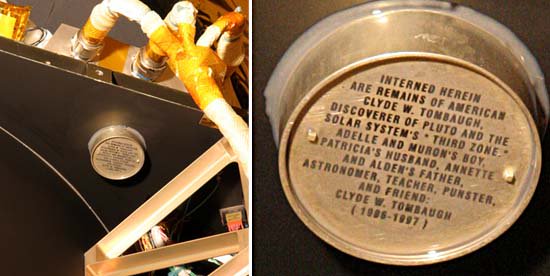 "The ashes of Clyde Tombaugh, who discovered Pluto, are riding aboard New Horizons. They are about to pass Ultima Thule & head out to the stars. -- @DrFunkySpoon at #UltimaLive"

This one says "no obvious impact craters" but I'm a little skeptical of this conclusion from such a low-phase-angle image. I see a few bright spots -- maybe craters? We'll know soon enough.

Surface slopes on MU69, a super-fast simulation by @jtuttlekeane. Explains why the "neck" may be so bright -- stuff just rolls down hill there, exposing relatively fresher material. pic.twitter.com/SmLPhKhvdt

We got our first high-resolution MVIC panchromatic image of 2014 MU69 down. With a little deconvolution magic, it is easily our best image yet. pic.twitter.com/wQNUGkeywu

Prepare for some cool new @NewHorizons2015 Ultima Thule news and pics tomorrow! Way better than this stuff— wait for it— wait for it! #Space #NASA #UltimaThule #Science pic.twitter.com/PFpqHreuwu