It's Drop Box Christmas 2019!!   Hostess With The Mostess

And they'll talk about whatever crops up.

To all the kooks, nuts, sh..stirrers, psychotics, confused and funny visitors of this forum, especially our gracious hostess, I wish a very merry Christmas, Hanukkah, Kwanza or Eid-al-Fitr when it comes around again.

Health and fun, love and friendship! 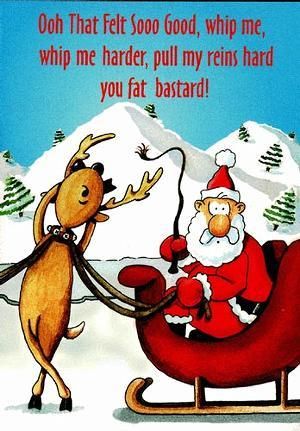 TRUMP is a MAN, who the Omniscient God left revealed - through His ancient and secret book sealed with seven seals, whose seals were broken by my Lord JESUS, the book of Revelation or Apocalypse -  that this MAN named TRUMP would be born in this time of end, and would raise up out himself from the earth to be the rider of the red horse.

And unto TRUMP that rides the red horse, was gave Power to take out peace from the earth, and that they should kill one another: and there was given unto TRUMP a great sword. Revelation 6:v.3-4

What prevails is the Word of God. Trump was born, and here he is for to do, in this end times, what he will do as a powerful man. And what things will he do?

As was prophesied and it is written, Trump will do all things according to what was previously prophesied in Revelation 6: v.3-4: Come and see. He opened the second seal ... and there went out another horse that was red: and Power was given to him - to Trump - that sat thereon to take peace from the earth, and that they should kill one another: and there was given unto him a great sword.

Discussions about Trump is a waste of time. What prevails is the Word of God.

Equally about the man of sin, the son of perdition, Eliyahu, the angel of abyss, in Hebrew tongue Abaddon, this MAN was also born, was born in Jerusalem decades ago, his age is a little younger than the present Pope, and the time or moment for him to manifest as the Messiah of Jews is now, by the way an esoteric/ spiritist/ kabbalistic false messiah, and it can happen any day ahead. ELIYAHU IS THE ANGEL OF ABYSS, IN FACT THE RED DRAGON. Revelation 12:v.3-4&7 and following.

Yep... Trump is definitely a sign of the apocalypse, alright.

Too bad people are unaware we're already soaking in it.

0
ReplyToggle Dropdown
Msg 193 of 207 to ElDotardoElDotardo
In reply toRe: msg 192

I think I may have the answer to global warming.

When things get really bad, just call me and ask me to do a load of washing.

I promise you, the weather will suddenly turn cold and overcast with just a hint of rain.

I do not have to do any housework, all I have to do is make an appointment with my hairdresser!

Perhaps we can tackle each region in need.