OK, it is pretty much established that old white men lack any sensibility about how to treat women.

But who do you prefer? At least Biden is going to pick a woman as VP, so if he dies in office, she will have the common good of people in mind. 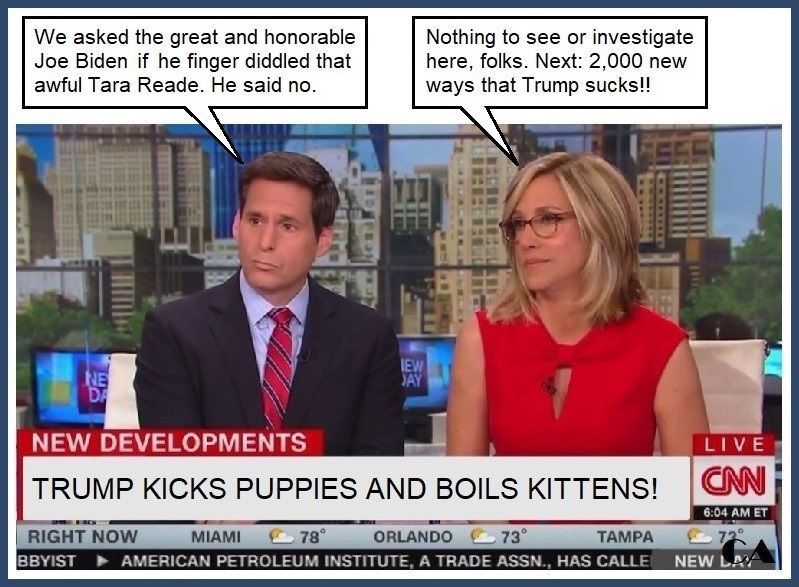 So, as far as I've been able to discern, this question is for very few posters here: 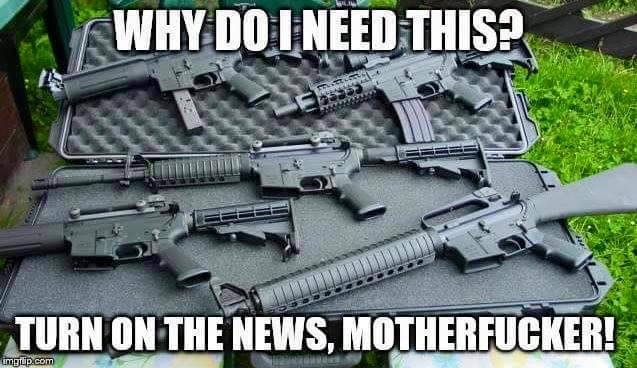 0
ReplyToggle Dropdown
Msg 117 of 224 to ElDotardoElDotardo
In reply toRe: msg 116

Tell this guy to tell his 7 year old daughter that rich people will always get away with anything they want and will never be held accountable for their actions.

So she should prepare herself for a world of sexual assault.

a world of sexual assault.

Well, it is called rape. It happened to me twice, but I found a man.

He would give his life to prevent it ever happening again.

I wish you were the only friend I knew of this happening to.

Democratic presidential candidate Joe Biden categorically denies allegations from a former Senate staffer that he sexually assaulted her in the early 1990s, saying "this never happened".

The presumptive Democratic nominee has unequivocally denied claims that he sexually assaulted a former Senate aid in 1993. Six months ahead of the election, the claims could still leave a mark on his campaign.

It's ok, people can heal themselves, maybe "with a little help from my friends". LOL

I did learn some karate and other self-defence methods, though. 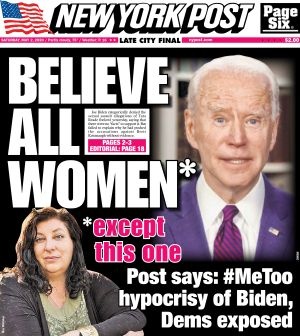 A fitting end to a sleazy career

By now we all know about Tara Reade's violation and degradation by Joe Biden. The statute of limitations has expired, but Biden stands properly (if insufficiently) tarnished and perhaps (though not likely) chastened even though he denies, denies, denies.

Joe, you know, that's just what all the other sleazes did.  Bill Clinton.  Eliot Spitzer.  Anthony Weiner.  Harvey Weinstein.  Matt Lauer.  And others.  Plenty of others.  They all said it was lies, no truth to any of it, how could you say such a thing, I'm a lifelong supporter of women's rights, I respect women, blah, blah.

Old Joe's sounding like one of the gang.  You know, the Old Boys' Club we heard so much about from the feminist predecessors of #MeToo.  Those girlies never saw what was right in front of them all along: the ones they swooned over were the ones most guilty of the things they screeched about.  They loved Ted, and he was probably the worst of the lot.  They worshiped Bill, and there was no daylight between him and Ted on such behavior.

Joe doesn't have the decency to come clean, just as none of those others did, even though we're pretty sure in our hearts that he's not a bit sorry.  He's not clever enough to lie and brazen his way through it, as Clinton (almost) did and (almost) got away with.  He couldn't remember what to say even if he knew the words, and if he had the words in his mouth, they'd just come out all garbled.

This is a fitting end to a sleazy career.  Too bad it couldn't have happened maybe 40 years sooner.  It might later have reined in...but we can't know that, so we won't go public with pure speculation.

But we'll sho-nuff think about what might have been.