We don't know if Trump is going to win. But we know what to watch to get an answer

You've been thinking about it. Bookmakers have had markets running since 2016 about it. Governments around the world are trying to figure it out too. Let's help you get an answer.

Perhaps DR Jill Biden will drag Mr. Trump out of the WH if he refuses to leave...DR Jill is known for taking on hubby's opponents.

I doubt that'll be necessary.  It appears that the cognitive-addled Mr. Biden is not going 2 debate citing COVID issues...and since Kanye West's name can B written in JIll  Biden's dream of being  1st lady will diminish exponentially in the upcoming months 'til election.

Intelligent people are not going to vote for Kanye West.

He will split the stupid vote - so it could come from both sides.

Is Trump laying the groundwork for an election loss and move to TV?

Donald Trump has been attacking Fox News and promoting another little-known news outlet. There are three theories why.

In the latest change to his team, the US President replaces his campaign manager with a Republican party veteran as his bid for re-election struggles against Joe Biden. 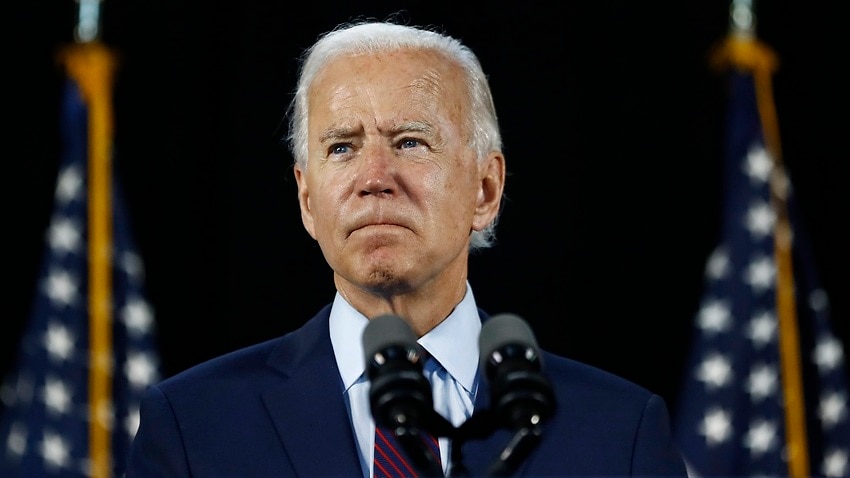 Joe Biden warns of US election meddling by Russia and China

Presumptive US Democratic candidate Joe Biden says that Russia, China and other adversaries are attempting to undermine the upcoming election in November.

Joe Biden has promised to name his running mate by August 1. So with a little over a week to go, here are five of the women most likely to end up on his ticket.

Regardless what some know-it-all say, I pick Michelle Obama.

Kamala Harris went HARD on Joe and Republicans are ready to use the soundbite/video (Debate) to belittle her. Elizabeth Warren needs to stay where she currently is (US Senate) because Massachusetts' governor is a Republican, he gets to pick Warren's successor.

NO to Stacey Adams! If you need to promote yourself for the position, then I can't trust such person. What if Joe (as POTUS) makes a mistake that the opposition could use as grounds for citing whatever amendment is cited to replace a POTUS that's unable to continue as such. Is she going to get power-hungry, trying to push out Joe? Because he fumbled a word or two? NO, I don't trust such person.

25th Amendment, that's the one.

I hope it is Harris. Democratic presidential candidate Joe Biden and former President Barack Obama stepped up their attacks on US President Donald Trump, defending their time in the White House in a new video showing their first in-person meeting since the coronavirus outbreak began.