Live: 'Donald Trump is the wrong President for our country': Obama calls back to 2016 to attack Trump head on

Former first lady Michelle Obama calls out US President Donald Trump during her closing speech on the first night of the Democratic National Convention. Follow all the reaction in the live blog.

... The theory goes something like this: President Trump doesn’t want to fund to the United States Post Service, to handle what the media is saying will be a heavy workload of mail-in ballots for the November presidential election. Trump’s reasoning hinges on concerns with mass voter fraud, or lost and wrongly counted ballots that could drag the election on for weeks past election night.

And so influencers took up arms. There were celebrities from Taylor Swift and Jamie Lee Curtis to Ice-T; meme accounts like Rex Chapman and the Lincoln Project; members of media like MSNBC pundit Claire McCaskill; members of Congress…even Barack Obama. All hollered that Post Office must be protected at all costs, and including photographs, some dating back to 2016, of locked mailboxes, unused mail trucks and mail sorting machines in yards with fences. It was hard not to be reminded of the 2014 photo of ‘kids in cages’ that started circulating in the Trump era: post office reforms which led to the reorganization of mailboxes and sorting machines were also enacted by the Obama administration. But they were largely ignored by the media, because Obama oversaw the Era of No Scandals™.

Did the Twitter misinformation team or the national media fact-checkers step up to challenge this spread of fake news and old images? Did they heck. Instead we had reporters like the Washington Post’s Felicia Somnez covering a Post Office protest outside the Postmaster General’s home over the weekend. That’s right: people gathered, en masse, to stand around and protest the ability not to show up and vote in person. Notably only Business Insider’s Grace Panetta bothered to clarify the Post Office’s budget shortfalls, a problem that extends far beyond the President and has for years.

It took a Medium blogger to separate fact from fiction. News outlets were utterly uninterested in finding the truth. When the Post Office released a statement saying that mail-sorting machines are routinely shifted around to handle different workloads, it was roundly ignored. Instead, during a Monday morning MSNBC appearance, Rep. Jim Cooper suggested arresting Louis DeJoy, the Postmaster general. DeJoy has now been called to testify before a House committee next week. Perhaps the Democrats needed something else to do besides blocking COVID relief? US Postmaster General Louis DeJoy has suspended all mail service changes until after the November election, bowing to an outcry by Democrats.

The US Postal Service is at the centre of a fierce political battle. Here's what it's about

The financially struggling US Postal Service is under an intense spotlight ahead of its key role in November's presidential election. Republicans say it's in desperate need of reform, while Democrats accuse President Donald Trump of attempting to suppress voter turnout. Here's a breakdown.

In the meantime Americans consumers R put in the position of having to pay higher costs (Bcause of the Trump Tariffs) 4 Chinese goods.  And there is also the issue of Am. hospitals/health-care workers NOT getting the equipment they need.

Donald Trump's effort to 'get even with 'CHEENA' is totally wrong.  What happened to 2016 prez candidate who boasted that he had no problem in talking even to our enemies?  He's renegged om that...and still has nothing to do with Cuba...again the wrong approach.  Ditto regarding Iran.

Re:  Immigrant labor - again We need THOSE people.  Y would Americans do manual hard labor when they're getting propped up by what looks like a guaranteed monthly income from the Feds?  Sanders/Ocasio-Cortez will give even more.  Guess who the WINNA will B on Nov. 3rd.

He's a Democrat, an entrenched part of America's shadow state.

He's just trying to prove that and doing a very good job of it. 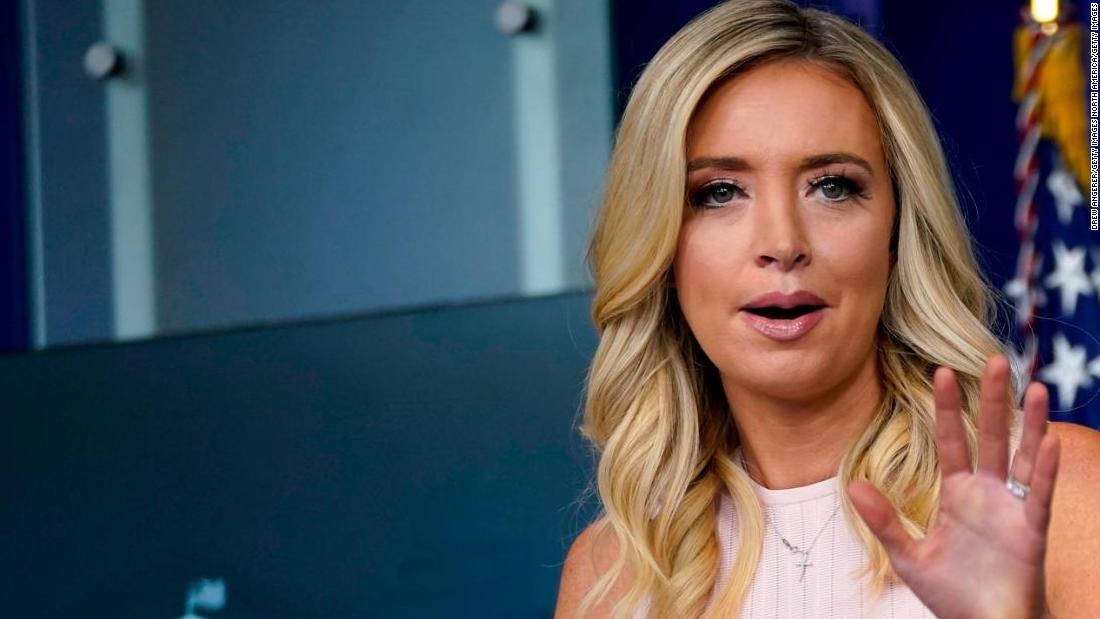 Here's an exchange between White House press secretary Kayleigh McEnany and a reporter during the daily press briefing on Wednesday afternoon:

That is an odd assertion.

Organizing a virtual event is a challenge, not to say an exercise in surrealistic self-expression