I would really like to see a public discussion on the biggest and most serious crimes committed in the world since 1945.

You are free to launch this discussion.

But this one is devoted to the dangers of misinformation during a pandemic.

Please don't try to hijack it.

My God, that was a stupid analogy.

To a Leftist Australian, yes, no doubt.

Like it or not, this is a question that will continue to be asked, and the terrible answer has already begun to take a convincing shape.

Recently, Fox News analyst Brit Hume told Shannon Bream that “it’s time to consider the possibility” that “this lockdown -- as opposed to more moderate mitigation efforts -- is a colossal public policy calamity.”  He goes on to reference the millions of jobs, businesses, and incomes lost, and further mentions the negative “effect on children who don’t have a normal life,” concluding that “we may never recover from many of these losses for a very long time if ever.”

He’s far from the first to muse on the question.  Back on March 20, Dr. David Katz, the founding director of the Yale-Griffin Prevention Research Center, argued in the New York Times that our fight against the novel coronavirus could prove worse than the disease.  Armed with what was then the latest data available from South Korea, he brilliantly argues against the holistic social and economic lockdown on the grounds that the evidence clearly showed that only specific demographics were significantly at-risk of being hospitalized or dying from infection.  The evidence we’d already seen in America had “entirely aligned with the data from other countries,” he writes, which suggested that deaths were “mainly clustered among the elderly, those with significant chronic illnesses such as diabetes and heart disease, and those in both groups.”

He concludes with a warning:

A pivot right now from trying to protect all people to focusing on the most vulnerable remains entirely plausible. With each passing day, however, it becomes more difficult. The path we are on may well lead to uncontained viral contagion and monumental collateral damage to our society and economy. A more surgical approach is what we need.

Those words should be chiseled on the tombstone of this once-booming Trump economy.

Indeed, in the early days when Dr. Katz offered his prescription, there was time to tailor public policy to “protect the truly vulnerable” and restore a “sense of calm” to society, while allowing the vast majority of people to “develop mild coronavirus infections,” thus advancing “natural herd immunity.”  Now, well over a month since the lockdowns began, turning Americans’ social and financial lives back toward normalcy has proven to be about as smooth as a battleship reversing course amidst a sea of jagged icebergs.  And keeping this ship afloat is proving costly, with Congress mulling a fourth phase of stimulus spending that could exceed an additional $1 trillion, and the Fed is promising to deploy “its full range of tools” to support the U.S. economy as our response to the coronavirus pandemic continues to keep it crippled.

This raises an interesting question.  If we Americans didn’t maintain a popular delusion that our government has an unlimited supply of money to print and throw at any given problem, might we have been compelled to approach things differently?  And if we had approached this pandemic with “more moderate mitigation efforts” rather than destroying the economy and placing much of the populace under house arrest, would the health outcome have been vastly different?

Just weeks ago, the notion that all-inclusive public lockdowns of healthy Americans “save lives” was assumed to be a given.  In fact, California’s low number of cases and deaths relative to New York was commonly attributed to it having locked down a couple of days before New York did.  But as T.J. Rodgers writes as the Wall Street Journal, how quickly economies shuttered in response to Covid-19 “appears not to be a factor” in the severity of their respective outbreaks.

“We ran a simple one-variable correlation of deaths per million and days to shutdown,” he writes, “which ranged from minus-10 days (some states shut down before any sign of Covid-19) to 35 days for South Dakota, one of seven states with limited or no shutdown.”

“The correlation coefficient was 5.5% -- so low that the engineers I used to employ would have summarized it as “no correlation” and moved on to find the real cause of the problem.”  While he concedes that New York, given its “population density or subway use,” may have uniquely benefited from its shutdown, “blindly copying New York
...[Message truncated]
View Full Message
0
ReplyToggle Dropdown
Msg 105 of 203 to ElDotardoElDotardo
In reply toRe: msg 65

Interesting info re HIV/Aids...36 million have died since the late 70s when AIDs was discovered.  Thanks 2 several experimental drugs victims now can look forward to long and fulfilling lives.  Great.  And yet the fear-mongers persist in denigrating HCQ just because Donald Trump talks about it. 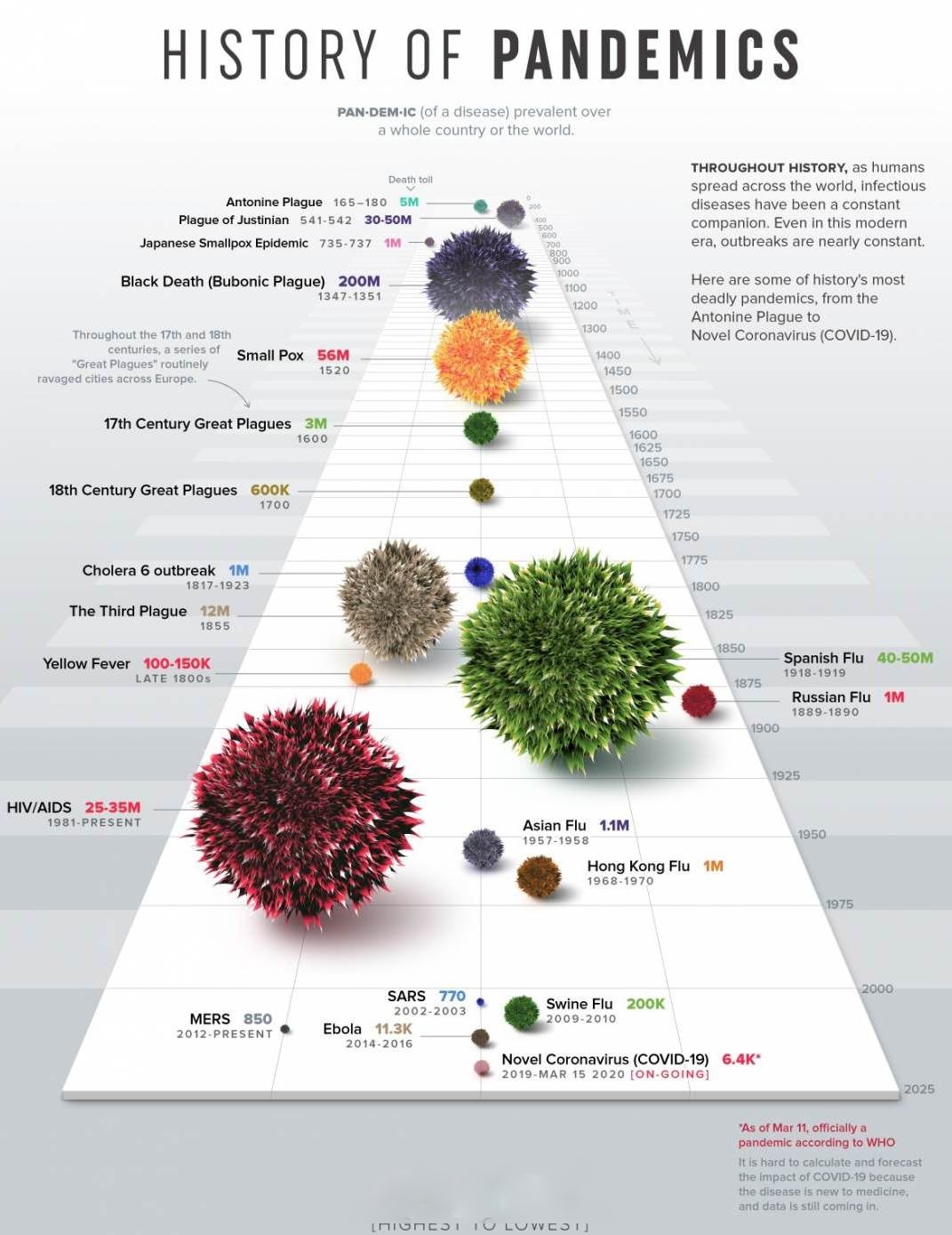 Ah yes the FDA:  an organization that had to be prodded to loosen it's reins on private labs/scientists so that they could DO their experiments.  The FDA and the CDC must be held accountable for much of the delays in getting medicines/therapies moving.  May I suggest professional jealousy as the fly in the ointment?

Subscribe to the Real Time YouTube: http://itsh.bo/10r5A1B In his editorial New Rule, Bill argues that people should fight the coronavirus by strengthening t...

And yet the fear-mongers persist in denigrating HCQ just because Donald Trump talks about it.

0
ReplyToggle Dropdown
Msg 111 of 203 to ElDotardoElDotardo
In reply toRe: msg 106

Because that makes sense.