Of course - the Hong Kong Flu - I'd forgotten about that one.  More than 100,000 Americans died from that.  I wonder Y CNN/MSNBC haven't mentioned that.  It doesn't fit their respective agendas I'm guessing.

The president was caught 'red-handed' and blurted out 'sarcastic' without knowing what the word meant.  A verbal mis-step.  Nothing to write home about actually.  Many of our presidents have made similar gaffes...both George H.W. and G.W. Bush R standouts IMO.  Eisenhower also to a lesser degree.  FDR and REAGAN and even OBAMA were good communicators.

Actually it's true that coronavirus like all its predecessors SHOULDN'T B taken SO seriously as to cripple Life as we know it.  Viruses historically run their course.  I have not yet found evidence that ANY nation in the entire world has ever 'shut down' until now.  Is that perhaps a sign that the world today is suffering from Communication Overload?  The Ancients continued fighting their wars.  The Traders continued traveling - both spreading the viruses of the day.  Many died.  Most lived.  Reality. 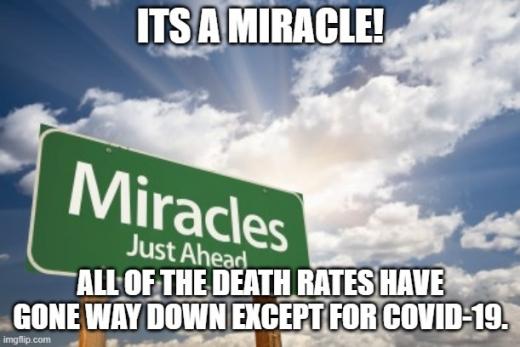 The dispute between ‘proven’ therapies to treat coronavirus and taking risks for people at death’s door. 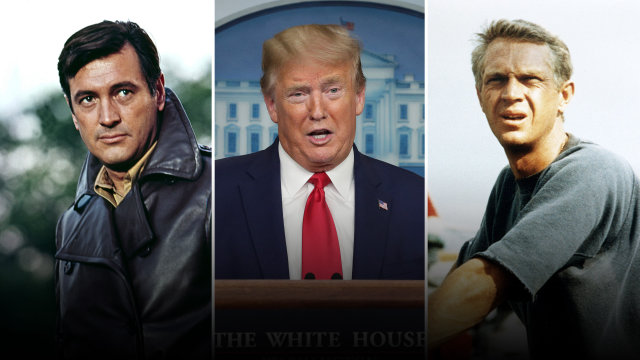 The 2020 election may have been decided the moment the makers of Lysol felt obliged to issue a statement disavowing an incumbent president who offhandedly said something about using disinfectant internally to kill coronavirus. That will be one for the history books.

Setting aside the political damage, what’s unfortunate is that President Trump throughout has been trying valiantly if often clumsily, as the saying goes, to “do something, anything” in the battle with coronavirus. But of course even amid a nationwide catastrophe we have to endure the repellent, unending war between the media and its Trump white whale.

The “do anything” included his suggestion at the briefings of using the antimalarial drug hydroxychloroquine to treat patients with Covid-19. “I think it’s not a bad idea to do it,” he said on March 31, “but that’s up to the doctors.”

For this, the president took a relentless media hammering, ending in an apparent Trump takedown when in April the National Institutes of Health felt obliged to say in its Covid-19 guidelines that it recommended against using hydroxychloroquine “except in the context of a clinical trial.”

Notwithstanding who is “right” about hydroxychloroquine, the dispute over that drug could prove more important than the president’s Lysol moment in deciding whether we survive this virus.

Hospitals fighting Covid-19, notably in hot spots such as New York City, are a “war zone,” with desperate workers crudely triaging patients because no therapeutic treatment for Covid exists.

So which is it supposed to be when it comes to finding treatments? Are we operating with the rules of wartime, or under the schedules of peacetime, waiting to cross every “t” and dot every “i” of evidence?

The hydroxychloroquine controversy revives a long-running disagreement between defenders of using only “proven” medical therapies and taking risks for patients at death’s door. Here is some history, which members of the White House coronavirus task force well remember.

The only U.S. medical emergency in our lifetimes close to this was the HIV crisis of the 1980s when people, primarily gay men, were dying of AIDS in droves without hope. On Oct. 11, 1988, thousands of AIDS patients and protesters led by the activist group ACT UP surrounded the Food and Drug Administration’s headquarters outside Washington.

Among their demands was that the FDA give AIDS patients access to experimental drugs before clinical trials proved them effective, as well as an end to the FDA’s efficacy gold-standard of randomizing some patients in clinical trials to a placebo, which the patients said was unethical.
...[Message truncated]
View Full Message
0
ReplyToggle Dropdown
Msg 66 of 155 to katiek2katiek2
In reply toRe: msg 65 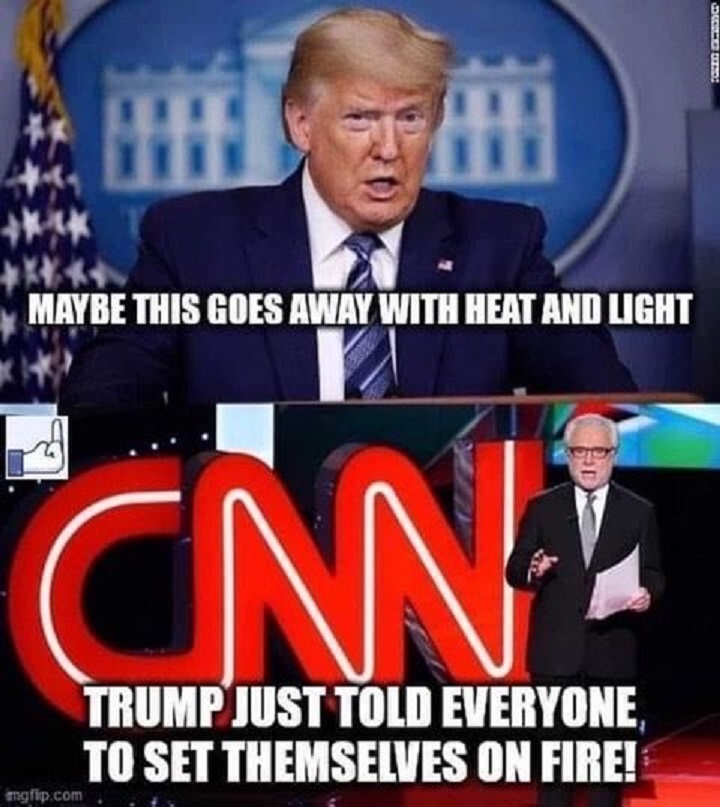 Many of our presidents have made similar gaffes...both George H.W. and G.W. Bush R standouts IMO.

GW raised it to an art-form. Also attacked Afghanistan and Iraq, among the most genocidal wars the US has carried out in 70 years.

This is an interesting point.

My mother and her sister grew up playing in a paint factory on the weekends.  Lead, of course.

My childhood meant all the kids were out in the neighbourhood somewhere (without bike helmets, of course), and just had to be home for dinner.

And the planet really wants to pare back the numbers.  So it will try again next year.

0
ReplyToggle Dropdown
Msg 69 of 155 to ElDotardoElDotardo
In reply toRe: msg 65

Yes, of course you try everything.

And I am genuinely disappointed that the HCQ treatment didn't work.

But you need to get over it and move on to what is being tested now in several different countries, including the US.

I'm not sure where you get that one. We know an old lady who is Coeliac "disease is a condition where your immune system attacks your own tissues when you eat gluten. It stops you from taking in nutrients."

And the planet really wants to pare back the numbers.  So it will try again next year.

Not sure where  you get that one! Interesting idea though.