Donald Trump has been peddling a theory known as #Obamagate. What does it all mean?

On May 10, Donald Trump unleashed a barrage of tweets — 126 of them, and the third-highest daily total of his presidency.

Amid a flurry of all-caps missives and exclamation points, "OBAMAGATE!" appeared among the deluge on the President's Twitter account.

With almost 40 million Americans seeking unemployment benefits and more than 90,000 dead, Mr Trump seems fixated on accusations that his predecessor Barack Obama was involved in a wide-reaching conspiracy to derail his early presidency, which has been referred to over the years as Obamagate.

But despite the volume of tweets and coverage, it's unclear what, exactly, Obamagate is to Mr Trump, and what the "crimes" were.

When asked last week by a reporter what crime he was accusing Mr Obama of committing, the President gave no direct answer.

When pressed further he simply said, "you know what the crime is, the crime is very obvious to everybody".

If it doesn't seem obvious to you, keep reading.

What is 'Obamagate' exactly?

On the surface, the term "Obamagate" is another nod to Watergate, America's biggest political scandal, which ultimately ended the presidency of Richard Nixon in 1974.

The suffix '–gate' has been applied to many scandals in the English-speaking world in the decades since, including nipple-gate, sandpaper-gate, and iguana-gate.

Now, with mounting criticism over Mr Trump's handling of the coronavirus pandemic, the President appears to be resurfacing the term to try and open up a new front against his political opponents.

But Obamagate appears more like a blunt electoral strategy than the deep-state conspiracy the President would have you believe.

The conspiracy stems from accusations that Mr Obama, along with his top officials including then vice-president Joe Biden, were involved in a wide-ranging scheme to derail the Trump administration in its infancy.

It originally kicked off in earnest in 2017, when Mr Trump accused the Obama administration of wire-tapping his campaign in 2016.

But Mr Trump's press secretary at the time later clarified that the President's comments weren't to be taken seriously.

In the years since, the claims have simmered among Trump supporters, but in recent weeks the Justice Department's request to dismiss perjury charges against Mr Trump's former national security adviser, Michael Flynn, have added further spice to Mr Trump's claims.

The trouble is, other Republicans aren't biting. 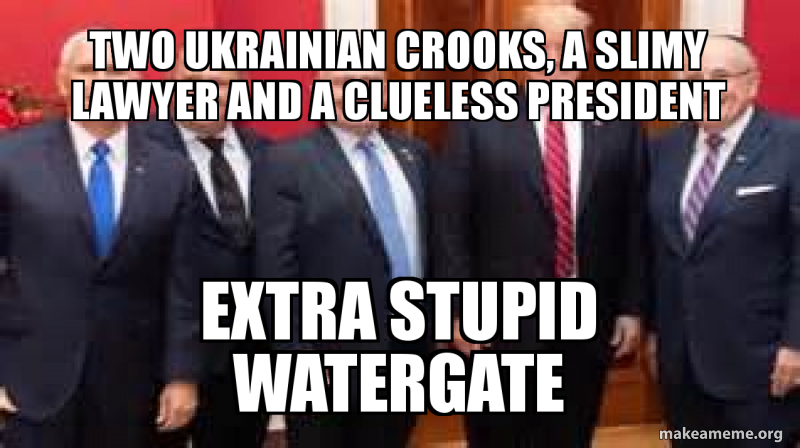