Fifty-seven police officers in the New York state have resigned from their roles after being "disgusted" with the suspension of two of their own.

The church near the White House where Donald Trump held a photo op after police used tear gas to clear protesters from his path is now officially on Black Lives Matter Plaza.

In retrospect, I'm sure Trump wishes he had not taken that walk.  However,  Nowhere does she even suggest that anyone other than black lives have had it rough.  I believe she is sincere in herself in what she says, but she does not allow for that compassion and love she talks about to be shown to all lives.  Just a few thoughts:  why would she think police were shooting real bullets?  During all of last week, the only real shooting (and there wasn't much of it) was done by people in the crowds, not police.  The only people shot dead were police.  The only people run over by cars were police, yes one police car did push people back gently with their car fenders.  They didn't ram people into the air or run over them, which is what actually happened to police.  Where did the pallets of bricks, and frozen water bottles, and fire starting materials come from?  Not the police.  The police have been tasked, without inflicting bodily harm, with facing and protecting thousands of angry people intent on hurting them.  Is it any wonder that, at some point, more than polite words are used to protect themselves?

I don't have any answers for systemic racial injustice, anymore than you do for the indigenous peoples of Australia.  I do know, however, that what we have witnessed over the past week only intensifies the divide, not lessen it.

This is about the US and events , the events the killings the racism are historic , it is fraudulent to believe that racism is purely Trump related when it has been endemic since the year dot . 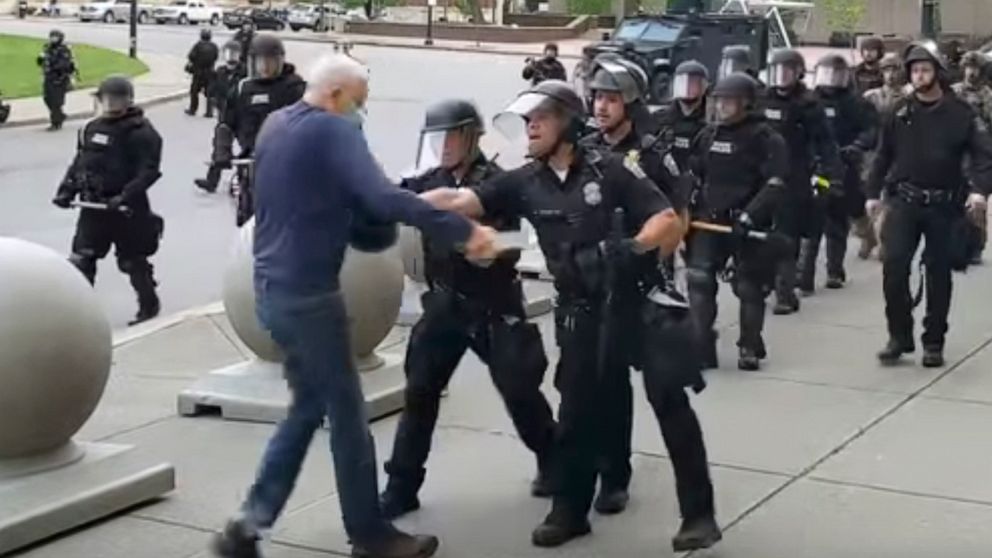 A spokesman for the police department initially reported that the man "tripped and fell" until video of the push was released.

You astonish me! I have always thought of you as both a sensitive and sensible woman.

It doesn't matter what Trump does or says, you always find an excuse for his actions; actions that even some of his collaborators and coreligionnaires find reprehensive.

We only "know" each other from the posts we read and I do not know anything about your background or your life experience but I have difficulty finding the person I thought you were.- If only we could have a sit down to feel and hear what we think we read. 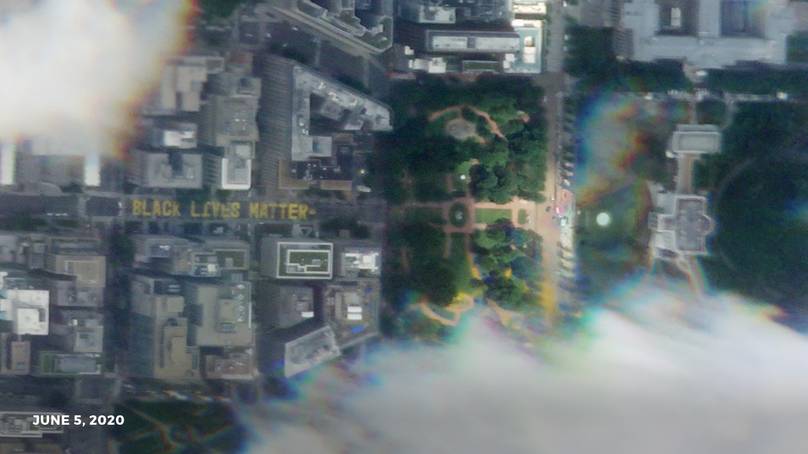 It's really a matter of picking which action you prefer - if you watch the video you clearly see the police push the gentleman back, at which point he trips and falls back, striking his head.  Of course, if he had not been pushed, he would not have tripped.

I'm sorry you feel that way.  I didn't even mention trump except to say I suspect he regretted taking that walk.  The rest of my post expresses my concern that the only interpretation I see is that police are bad.  I repeat my question:  if police are defunded, disbanded, or whatever you want to call it, who do you call - ghostbusters?