Pennsylvania Democrats are Melting Down    America - all of it 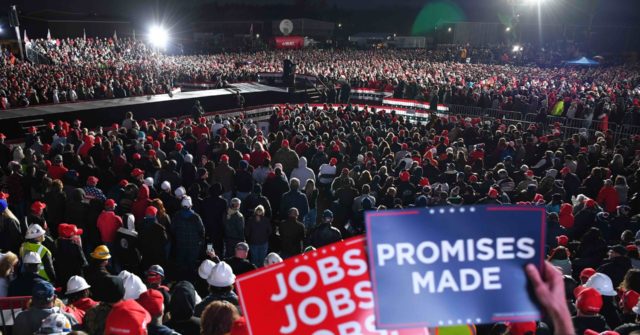 Democrats are anxious about Pennsylvania and a "potential late shift" towards President Donald Trump as polling day approaches.

If you live in Pennsylvania, and you haven't voted yet, I'd suggest that you vote tomorrow. That way you can have an impact on the outcome.

It'll take a few days for all the votes in Pennsylvania to be counted, so I don't have enough information to base any opinion on right now.

We can chat about the outcome of the Pennsylvania contest in a few days when we have more information.

0
ReplyToggle Dropdown
Msg 3 of 43 to slackerxslackerx
In reply toRe: msg 2

Then, why did you bother, and STILL avoid the topic of the thread?

0
ReplyToggle Dropdown
Msg 4 of 43 to 1776 (MRCROSSROADS)MRCROSSROADS
In reply toRe: msg 3

> "Then, why did you bother, and STILL avoid the topic of the thread?"

I addressed the subject as best I can at this point.

I suggested that you vote if you live in Pennsylvania and haven't voted already.

Besides that, what else is there to say?

The votes will all be counted over the next few days, so we'll know the outcome soon enough.

This is how democracy works.

0
ReplyToggle Dropdown
Msg 5 of 43 to slackerxslackerx
In reply toRe: msg 4

Point remains, Dems are melting down in PA. Feels good. ;-)

0
ReplyToggle Dropdown
Msg 6 of 43 to 1776 (MRCROSSROADS)MRCROSSROADS
In reply toRe: msg 5

I'm happy that you are feeling good.

After all, we are all in this together.

When you feel good, that makes me feel good.

0
ReplyToggle Dropdown
Msg 7 of 43 to slackerxslackerx
In reply toRe: msg 6

we are all in this together.

It gives me hope you feel this way. Sadly, Dems haven't gotten the memo.

0
ReplyToggle Dropdown
Msg 8 of 43 to 1776 (MRCROSSROADS)MRCROSSROADS
In reply toRe: msg 7

"But while I will be a Democratic candidate, I will be an American president. I will work as hard for those who didn’t support me as I will for those who did. That’s the job of a president. To represent all of us, not just our base or our party. This is not a partisan moment. This must be an American moment. It’s a moment that calls for hope and light and love. Hope for our futures, light to see our way forward, and love for one another."

I watched it. And noted the myriad of lies. His policies would destroy the country.

Medicare for All (AKA "Public Option")
Green New Deal - "Biden believes the Green New Deal is a crucial framework for meeting the climate challenges we face."
Equal Outcome for All
Free College - "Providing two years of community college or other high-quality training program without debt"

And why hasn't he condemned the the Marxist terrorists running Black Lives Matter and the fascist thugs running ANTIFA.

Why has he said he would love to beat up Trump, at LEAST twice? "I wish we were in high school and I could take him behind the gym.”

"It’s a moment that calls for hope and light and love" - REALLY? And where was this hope, light and love the past fours years Democrats tried to destroy a sitting president, to the point of inventing a collusion hoax, a sham impeachment and non-stop attempts to obstruct everything the president was trying to do? Hope, light and love?

0
ReplyToggle Dropdown
Msg 10 of 43 to slackerxslackerx
In reply toRe: msg 9

Peter Fonda - "Barron Trump should be put in a cage with pedophiles."

Madonna – “I’ve thought a lot about blowing up the White House.”

Snoop Dogg “Shoots” Trump in the Head in Music Video.

Robert De Niro: “I’d Like to Punch Him in the Face.”

Joss Whedon: “I Want a Rhino to F*ck Paul Ryan to Death.”

Shakespeare in the Park Stabs ‘Trump’ to Death in Performance of ‘Julius Caesar.’

Mickey Rourke Threatens to Beat Trump with Baseball Bat: “He Can Suck My F*cking D*ck.”

Actress Lea DeLaria Threatens to ‘Take Out’ Republicans and Independents with Baseball Bat after Trump Win.

Rapper Everlast Warns Trump: “I Will Punch You in Your F*cking Face.”

Larry Wilmore Jokes About Suffocating Trump with ‘Pillow They Used to Kill Scalia.’

Johnny Deep -- "Where is John Wilkes Booth when you need him."

Maxine Waters -- "If you see anybody from that cabinet in a restaurant, in a department store, at a gasoline station, you get out and you create a crowd. You push back on them. Tell them they’re not welcome anymore, anywhere!"

Joe Biden -- "I wish we were in high school and I could take him behind the gym.”

Jon Tester: I wish I could punch him (Trump) in the face.

Cory Booker -- "Get up in the face of some congresspeople."
Cory Booker: My testosterone makes me feel like punching him (Trump)

Hillary Clinton -- "You cannot be civil with a political party that wants to destroy what you stand for, what you care about."