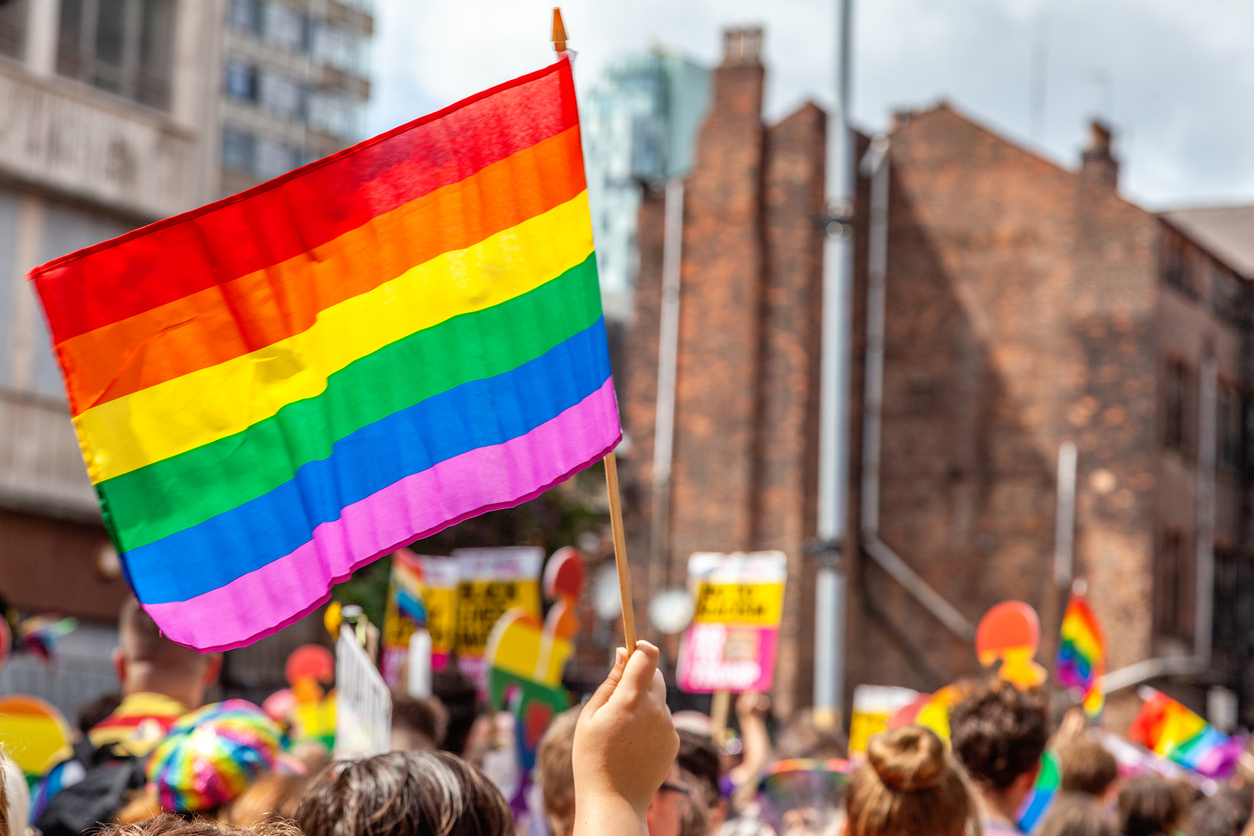 GLAAD is calling for at least 20 percent of major characters on television to be gay, lesbian, bisexual or transgender, all by the year 2025

Read more from The Spectator - news, politics, life & arts
It’s headline news at the New York Times: television is getting less gay! America’s paper of record may be uninterested in obscure matters such as Hunter Biden’s laptop or an Intelligence Committee Democrat falling into a Chinese honeypot, but it will always be there for the stories that really matter, such as de facto press releases from activist groups:

‘For the first time in five years, LGBTQ representation on television decreased, an annual report by the LGBT advocacy organization GLAAD has found.

The percentage of regular characters scheduled to appear on primetime scripted broadcast television who identified as lesbian, gay, bisexual, transgender or queer decreased to 9.1 percent in the 2020-21 season, from the previous year’s record high of 10.2 percent.’

The Times and other outlets regard this as a most abominable turn of events. The Associated Press quoted GLAAD president Sarah Kate Ellis, who said ‘We’re hoping that is just a blip and not the beginning of a trend.’

Not a trend! Anything but that! GLAAD cannot tolerate setbacks. The group is calling for at least 20 percent of major characters on television to be gay, lesbian, bisexual or transgender, all by the year 2025. Yay!

Neither the AP, nor the Times, seem interested in asking why LGBT characters should make up 20 percent of TV, when according to the CDC they are only 3.5 percent of the population. Being straight is out right now, and being gay is in (no closet needed).

Of course, it’s 2021, not 2013, so the Times isn’t satisfied with pushing one identity-group grievance at a time. Instead, the paper is tracking all kinds of headcounts. Not only is TV too straight by showing gays merely two and a half times as often as they appear in real life. It’s also (recite these words like a prayer and you will understand them better) Too White and Too Male:

‘Representation of women remained unchanged at 46 percent of series regulars on broadcast television, but they are still underrepresented, as they make up 51 percent of the US population, according to the Census Bureau.

Cockburn appreciates that the Times felt it necessary to cite Census Bureau data to remind its readers that, yes, women are about half of the population. Easy to forget! For some mysterious reason, though, the Times does not feel obliged to mention that black Americans are just 13.5 percent of the American population, and thus healthily overrepresented on the nation’s screens. Asians, meanwhile, are so irrelevant to the Times that they aren’t even mentioned at all. [emphasis added]

There's one area where white people, or more specifically, (presumably) straight white men, are heavily over-represented on film and TV.   And that's as crime show villains.

On the last post a few days ago, several commenters raised the subject of the popular and long-running TV series Law & Order, particularly as to the race of the perpetrators of the crimes. The show purports to be based on actual incidents, and tries to give an impression of basis in realit

On the last post a few days ago, several commenters raised the subject of the popular and long-running TV series Law & Order, particularly as to the race of the perpetrators of the crimes. The show purports to be based on actual incidents, and tries to give an impression of basis in reality. On the episodes of that show that I have watched — admittedly not a large sample — the perpetrator of the violent crime has seemed almost always to turn out to be white and, for that matter, rich. But are the show’s producers intentionally skewing the reality of the race of perpetrators of violent crimes? And if so, by a little, or by a lot?

I decided to look around to see if I could find some relevant statistics. It turns out that several researchers (if you want to call them that) have gone through collections of these shows to compare races of crime perpetrators to actual crime data. As suspected, the difference is staggering.

Here is a July 2015 piece with the title “Manufacturing white criminals: Depictions of criminality and violence on Law & Order,” from a journal called Cogent Social Sciences. The authors reviewed several seasons of L&O, and compared the races of the perpetrators of the crimes in the episodes in those seasons with actual New York City police data for the same years. Stripping out a lot of social science mumbo jumbo, here are the results for two of the years:

Other years showed virtually identical patterns. To summarize, on L&O whites are over-represented (compared to real-world data) among perpetrators of violent crime by a factor of around 6 to 8, while blacks are under-represented by also a factor of around 6 to 8. This is not some small random mismatch, but rather a very intentional effort to paint a wildly distorted view of reality.

In other news from the world of reality denial, you may have read about an incident first reported in the New York Post
...[Message truncated]
View Full Message
0
ReplyToggle Dropdown
Msg 5 of 5
In reply toRe: msg 4

So is this just a childish complaint?  Well, blacks are pretty sensitive.  And they're even more demanding than they are sensitive.

I'm not sure if I've mentioned it on this forum but I have contacts in the mathematic textbook publishing world.   School boards hire diversity counters to actually go through each individual title of textbooks under consideration for adoption by school districts to tally up the number of illustrations showing black people doing very important things in the books.  Anything less than 20% and the textbook will be rejected out of hand.

Maybe whites and Asians and Hispanics need to start exercising this kind of veto power.