Kristen Clarke, racist   America - all of it

Maybe you misunderstand the nature of the imperial Chinese exam system.   They tested for many things but were chiefly interested in discerning just how literate you were by answering the questions with finely reasoned essays.

Modern civil service exams are not so involved, but they do attempt to at least find out if a person can read.

Modern civil service exams are not so involved, but they do attempt to at least find out if a person can read.

And what if they are dyslexic? Does that automatically mean they are less intelligent than someone who is not?

And what if they are dyslexic? Does that automatically mean they are less intelligent than someone who is not?

No, but it would seem to indicate a lessened ability to be a paper-shuffler...

This is a serious reply?   A dyslexic person, unless they have undergone enough therapy to overcome their affliction, has no place in a highly technical and demanding environment.

Jennifer, I get the impression you're one of these people who wants everyone to be a winner, even those who are completely unqualified for the job.  I can't stand that attitude.  You people are going to destroy the world.

You've gone off on a completely unrelated tangent.

I'm just talking about the unreliability of standardised testing as a measurement of intelligence.

This is what I wrote in the comments section:

By putting all the emphasis on IQ tests (which many educators regard as an unreliable assessment of intelligence) you are neglecting social and environmental factors that contribute to a good education leading to a successful career.

IF you are intelligent then you will than likely succeed , education of course will tip the balance BUT it is the basic intelligence of the person to start with . 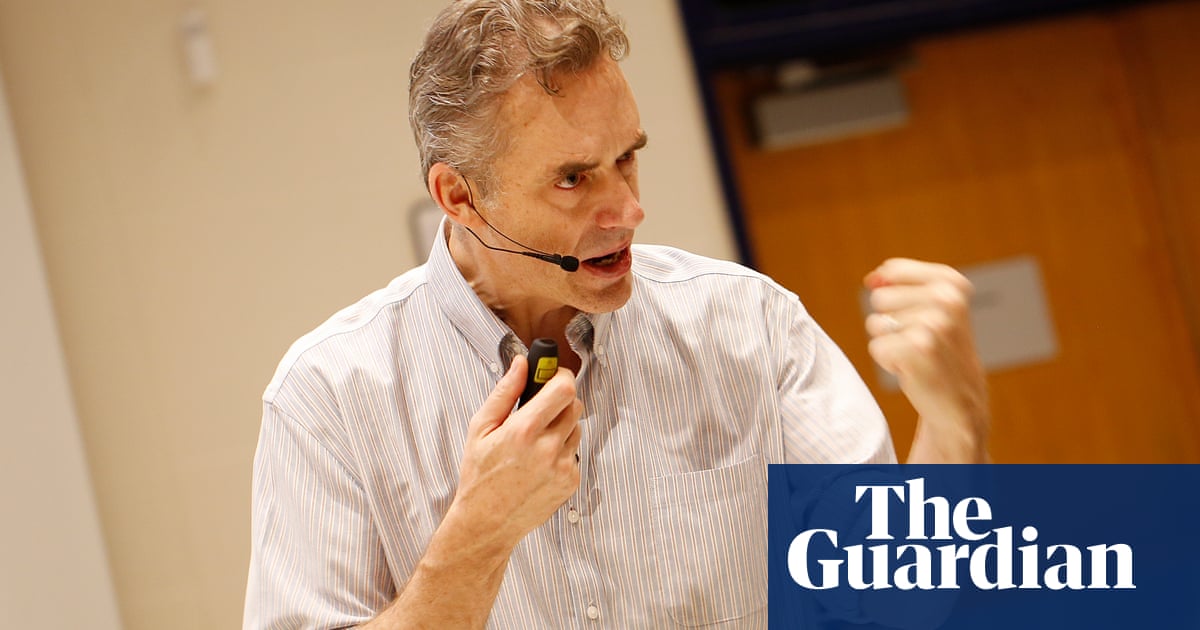 How dangerous is Jordan B Peterson, the rightwing professor who 'hit a hornets' nest'?

Since his confrontation with Cathy Newman, the Canadian academic's book has become a bestseller. But his arguments are riddled with 'pseudo-facts' and conspiracy theories

Read more from the Guardian
0
ReplyToggle Dropdown
Msg 23 of 31 to Jenifer (Zarknorph)Zarknorph
In reply toRe: msg 20

This is what I wrote in the comments section:

Are you crazy, woman? You sound hard to deal with.

Such intense adoration can turn nasty. His more extreme supporters have abused, harassed and doxxed (maliciously published the personal information of) several of his critics. One person who has crossed swords with Peterson politely declined my request for an interview, having experienced floods of hatemail, including physical threats. Newman received so much abuse that Peterson asked his fans to “back off”, albeit while suggesting the scale had been exaggerated. “His fans are relentless,” says Southey. “They have contacted me, repeatedly, on just about every platform possible.”

While Peterson does not endorse such attacks, his intellectual machismo does not exactly deter them. He calls ideas he disagrees with silly, ridiculous, absurd, insane. He describes debate as “combat” on the “battleground” of ideas and hints at physical violence, too. “If you’re talking to a man who wouldn’t fight with you under any circumstances whatsoever, then you’re talking to someone for whom you have absolutely no respect,” he told Paglia last year, adding that it is harder to deal with “crazy women” because he cannot hit them. His fans post videos with titles such as “Jordan Peterson DESTROY [sic] Transgender Professor” and “Those 7 Times Jordan Peterson Went Beast Mode”. In debate, as in life, Peterson believes in winners and losers.

“How does one effectively debate a man who seems obsessed with telling his adoring followers that there is a secret cabal of postmodern neo-Marxists hellbent on destroying western civilisation and that their campus LGBTQ group is part of it?” says Southey. “There’s never going to be a point where he says: ‘You know what? You’re right, I was talking out of my ass back there.’ It’s very much about him attempting to dominate the conversation.”

Peterson’s constellation of beliefs attracts a heterogeneous audience that includes Christian conservatives, atheist libertarians, centrist pundits and neo-Nazis. This staunch anti-authoritarian also has a striking habit of demonising the left while downplaying dangers from the right. After the 2016 US election, Peterson described Trump as a “liberal” and a “moderate”, no more of a demagogue than Reagan. In as much as Trump voters are intolerant, Peterson claims, it is the left’s fault for sacrificing the working class on the altar of identity politics. Because his contempt for identity politics includes what he calls “the pathology of racial pride”, he does not fully endorse the far right, but he flirts with their memes and overlaps with them on many issues.