Boycott Corporate America!   America - all of it

The most effective tool in the conservative arsenal is probably the good old-fashioned boycott: turn the left's tactics around on it

Read more from The Spectator
It's conservatives versus woke capitalism
Ron DeSantis was smeared by the media. He was never going to take it lying down. When 60 Minutes aired a laughably dishonest report implying he’d operated a pay-for-play vaccine distribution scheme in Florida, America’s most pugnacious governor fired back. The ‘smear merchants’ at CBS News were pushing ‘horse manure,’ he said. ‘That’s why nobody trusts corporate media. They are a disaster in what they are doing.’

That a major news outlet blatantly lied about a conservative governor isn’t surprising. Far more interesting is DeSantis’s choice of words there: ‘corporate media’. A departure, that. Republicans have long assailed the ‘mainstream media’, the ‘legacy media’, in the ever-delicate words of Sean Hannity, the ‘latte-sipping, loony, left-wing, liberal media’. Yet to call out these businesses specifically because they’re corporate would seem to infringe on the right’s economic principles. Conservatives have long held that business is superior to government, markets are more humane than central planning. A great dividing line blazes between the private and public sectors — the former is innovative and voluntary, the latter gluttonous and coercive.

Yet now DeSantis is not only pointing out that 60 Minutes slants to the left but stressing its corporate ownership. It’s a small thing, to be sure, but it hints at an ongoing shift. As the left consolidates power, as big business kowtows to woke diktats, conservatives have become more sensitive to the excesses of capital. These days, the dividing line cuts less between private and public than big and small, juggernaut cultural enforcers like CBS owner Viacom and the little guys on the receiving end of their radical agenda. More than a few major corporations are entrenched in that first camp. ...

In a column that ought to give anyone the willies, Axios co-founder Mike Allen sent out this headline, via email, yesterday (no found link):

It's not just Georgia: Corporate America is under growing pressure to put its muscle behind voting rights around the country, Axios' Courtenay Brown and Sara Fischer write.

And this additional commentary, too:

Between the lines: Employees and customers are increasingly looking to corporations to take on a bigger role in social and political issues. Many of them have leaned into that role — and gotten results.

I can't find an actual item from Axios co-founder Jim VandeHei cited by Allen, just the corporate-cheerleading piece by the two Axios writers, but the message is clear as day: We are no longer a democracy capable of choosing our own leaders, we now have rulers, from CEOs of giant corporations, and we don't get a say.

Which, frankly, is disturbing as hell, particularly coming from these guys, with Allen writing this like it's a good thing.

Once upon a time, the far-left used to decry "giant corporations." Today, the giant corporations are all woke, and therefore, according to Axios, our rulers. Never mind elections. Apparently, we can't even boycott them, presumably because they are too big and ominiscent. One thing is for sure right now, yes, they now seem to have power. And it's quite possibly becoming the state.

Which needs so much picking apart it's incredible. Both Allen and VandeHei are very smart guys, and Allen, whom I once shared a panel with, is very nice. But this analysis I see about this being a good thing, or maybe just a trend, has absolutely got to go.

Point number one: A nation of unelected corporate rulers is nothing new. It ought to scare the hell out of anyone who knows anything about history, particularly the history of Italy, Spain or Latin America, where CEOs, too, became the rulers.

It's called the corporate state. Argentina, Mexico, El Salvador, Italy, Spain, Bolivia, Chile, Peru, Brazil in one way or another had it up the wazoo. It's sometimes called mercantilism. In Spain and Italy, it was called 'fascism.'

Are we cheering fascism now? Is this the new normal? Like Peronist Argentina, which worked out so well for them? Like Mussolini's Italy? Once upon a time fascism was a bad thing. We fought a war over it. But guess what? Time has passed and wokesters have taken over. All those soldiers and home fighters in the war effort back
...[Message truncated]
View Full Message
0
ReplyToggle Dropdown
Msg 3 of 9 to Jenifer (Zarknorph)Zarknorph
In reply toRe: msg 2

People Awakening to The Multinational Corporate Influence Over U.S. Politics – This is What the Professional UniParty, Including Republicans, Have Intentionally Kept Hidden From The American Voter

Reposting an earlier article by request as more people are starting to understand why CTH has focused on the financial motivations behind the political ideology for over a decade.  It is critical that people understand the landscape.  Underline it. Study it. Research the issues and teach everyone about it.

Consider if you will, the backdrop of current U.S. politics; the influence of Wall Street and the multinationals who align with globalism; the reality of K-Street lobbyists writing the physical legislation that politicians sell to Americans; and then overlay what you are witnessing as those same multinationals now attack the foundation of our constitutional republic.  All of this is CORPORATISM, a continuum that people were ignoring for decades… Now, thankfully,
...[Message truncated]
View Full Message
0
ReplyToggle Dropdown
Msg 4 of 9
In reply toRe: msg 3 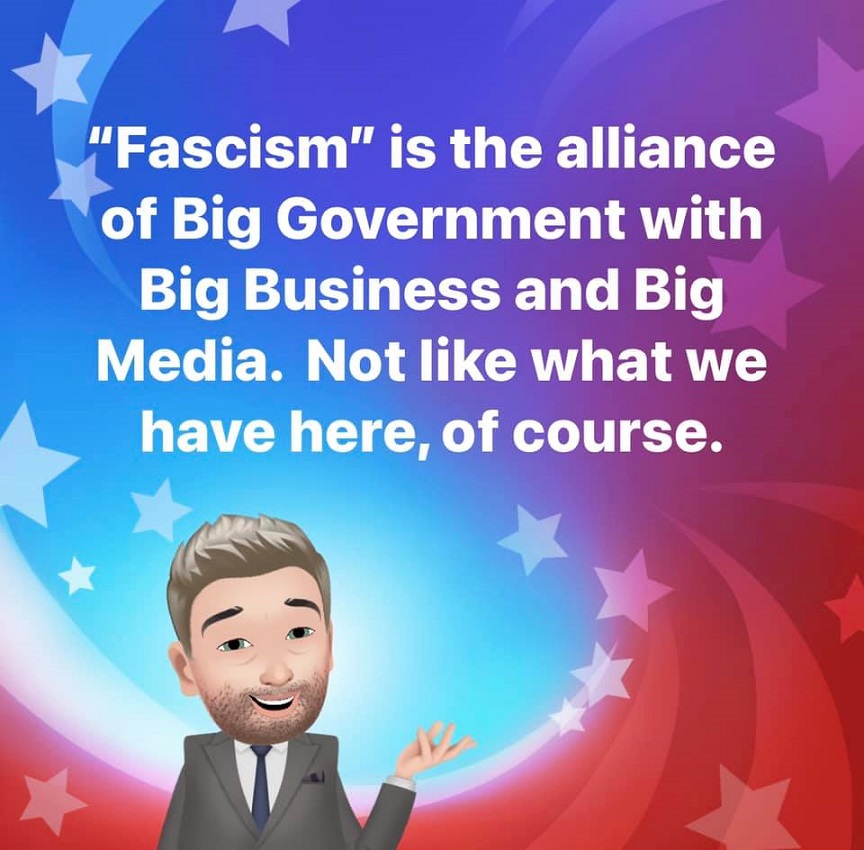 0
ReplyToggle Dropdown
Msg 5 of 9 to ElDotardoElDotardo
In reply toRe: msg 3

I would LOVE to see corporations out of politics.

No more high tech companies preaching to me about low wages and discrimination while they thrive from the use of dollar-an-hour labour in China and Bangladesh.

No more subsidies for electric cars that cost ten times as much as one that an average citizen can afford.

No more 'diversity training' from companies that fire you for pointing out that they discriminate against qualified applicants just in order to get the kind of diversity they're looking for:  lots of melanin and no talk-back.

No more talk about how important illegal immigrants are to their bottom line and your ability to pay your housekeeper, gardener, and nanny because fair wages to citizens are just racist.

And force them to pay tax!

Then Biden can fund his infrastructure bill.

The largest corporations hire teams of accountants and lawyers to enable them to avoid taxes.

Additionally, they hire lobbyists and politicians to provide them with subsidies for their businesses.

The small guys, whether individuals or small businesses cannot afford to do that.