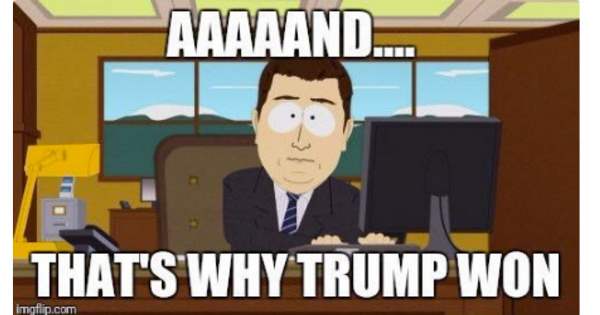 0
ReplyToggle Dropdown
Msg 294 of 313 to ElDotardoElDotardo
In reply toRe: msg 292

OK, you thumped me for joking around about you and Trump Derangement Syndrome, claiming that I was implying that you are mentally ill.  Now you are calling this young woman an idiot because you don't agree with what she says.  Just thought I'd point that out.

Now, the real reason I started this post is because I'd like to hear your definition of "redneck" and "white trash".  I believe you personally haven't used those terms, at least against me, but you've agreed with posters who do.  So, I would like to know - exactly how do you define those terms as they relate to conservatives?

This is how those terms were used recently in this forum:

" the immigrants do the work you rednecks are too drunk or lazy to do."

"Rednecks and white trash exist, but aren't confined to any political ideology.  I would imagine most are too stupid to form an opinion on anything."

Now you are calling this young woman an idiot because you don't agree with what she says.  Just thought I'd point that out.

OK, I just started watching it, but she starts out with "We can't stand you", so I stopped watching.

Beginning with how much she hates us is not a good way to make friends.

We've never done anything to her to justify her hatred of us.

0
ReplyToggle Dropdown
Msg 297 of 313 to slackerxslackerx
In reply toRe: msg 296

"If you are liberal and can’t stand Trump and can’t possibly fathom why anyone would vote for him, let me fill you in.  We can’t stand you.  You’ve done everything in your power by trying to destroy this country by tearing down our police, our borders, our history, systematically destroying our schools and brainwashing our kids into thinking socialism is the answer to everything.  Demonizing religion and faith and glorifying abortion, violence and thug culture.  And calling us racists…"

Perhaps you should take a look at WHY she says "We can't stand you".

She sounds like one of those folks whose only goal is to make us cry. Hell, if I want to cry, I could take a certain troll here in this forum off of ignore who has his goal of making people cry as part of his Delphi username.

Her video reminds me of the hatred of election week back in bloody November 2016.

0
ReplyToggle Dropdown
Msg 299 of 313 to slackerxslackerx
In reply toRe: msg 298

You didn't answer my question:

Why is it OK for liberals to say the most vile things about conservatives in general and Trump in particular, but it's not OK for us to respond?

We haven't done anything to her, Katie.

If she can't stand us, that's her problem. She doesn't even know us.

I get the impression that she just hates us for no reason. She feels like somehow we've victimized her. But we haven't.

I'm calling her an idiot because EVERYTHING she said was a baseless assumption made against a group of people she has never even spoken to.

She then, after declaring the reason she is voting for Trump is because she hates all liberals and wants to punish them for these manufactured beliefs, declares that she is, in fact, voting for him because of policy - not emotion.

She's not an idiot because she is voting for Trump.

She's an idiot, because she is a stupid child with NO idea what she is even talking about.