There is nothing new about your misperceptions. If you open your eyes and look closely, you might notice that nobody was arrested and no charges filed, simply a retrieval of documents owned by the US government.

The voters will see it differently. It is how Democrats seem to always have a way of snatching defeat from victory. In this case, they are making Trump look like a victim.
0
ReplyToggle Dropdown
Msg 487 of 563 to NISSY (NISSY2)NISSY2
In reply toRe: msg 486

He loses support every time his dogs double down on stupid, like "lock and load".

0
ReplyToggle Dropdown
Msg 488 of 563 to ElDotardoElDotardo
In reply toRe: msg 471

“Breaking: DonaldJTrump.com is shattering all fundraising records and I’m told has raised more money in the past 24 hours than ever before in recent history! The American people are pissed!” Eric Trump said in a post on Truth Social Tuesday night.

President Trump on Tuesday evening accused Joe Biden of having advance knowledge about the FBI’s raid on Mar-a-Lago.

More than 3 dozen federal agents descended on Mar-a-Lago Monday, rifled through offices and breached a safe.

An agent holding a machine gun was spotted in front of Mar-a-Lago as Biden’s jackbooted thugs raided a former US president’s home.

Judge Bruce E. Reinhart from the Southern District of Florida reportedly signed off on the warrant to raid President Trump’s home at Mar-a-Lago on Monday night.

Reinhart previously represented several of Jeffrey Epstein’s employees in connection with the sex trafficking probe against the convicted pedophile.

Trump said the US is no better than a “banana republic” and said this was a ‘coordinated attack’ with Democrats and state/local DAs & AGs.

“A horrible thing that took place yesterday at Mar-a-Lago. We are no better than a third world country, a banana republic. It is a continuation of Russia, Russia, Russia, Impeachment Hoax #1, Impeachment Hoax # 2, the no collusion Mueller Report, and more. To make matters worse it is all, in my opinion, a coordinated attack with Radical Left Democrat state & local D.A.’s & A.G.’s.” Trump wrote.

Just hours after Donald Trump’s Mar-a-Lago estate was raided by the FBI, he posted a new ad on his social media platform late Monday night warning America is in decline and “a failing nation.”

Trump supporters are more than pissed off!

You can support President Trump by clicking here.

. . .  nobody was arrested and no charges filed, simply a retrieval of documents owned by the US government.

Exactly. A fishing expedition, and still no word of explanation for Biden's Stasi . . .

The Truth About the FBI Raid On Trump 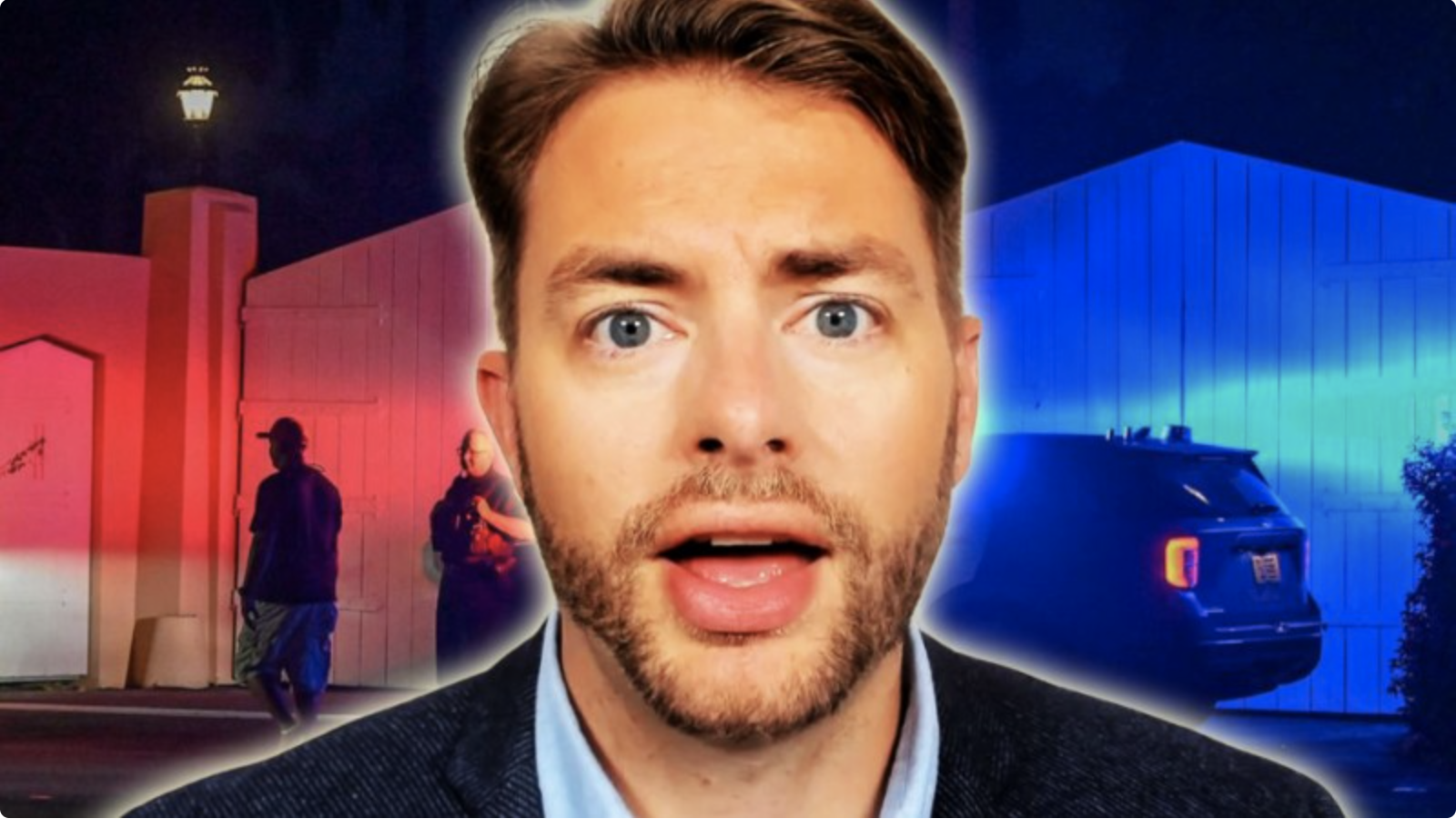 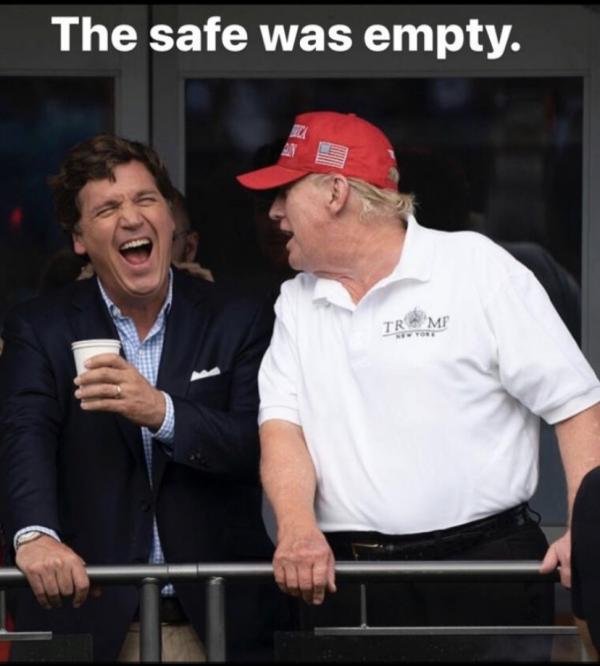 I'll bet those ARs came in handy in Melania's closet . . . Marxist Democrats must be so proud . . . In an outrageous and unprecedented move by Christopher Wray’s grossly partisan F.B.I., Mar-a-Lago was raided by numerous agents, even breaking into the President’s personal safe. CEO Adam Hardage says he did not fight and see his brothers die for this, “This America of Tyrants.”

Adam Hardage is calling on fellow veterans and Americans of all walks to join him Sunday 8/14 at the FBI HQ in Washington DC to protest the out-of-control FBI and its actions against President Trump.

Hardage says “what the FBI has done is an inciteful act, which is tantamount to an act of war. They are fools to think America will accept this.”

“Now, there is no question as to why Hunter Biden is not under investigation for negotiating crack prices with underage prostitutes and working with his Father to line his own pockets and sell out America,” says Hardage. “They have taken our once trusted institutions and corrupted them to their bones.” After 4 Wars and 6 Deployments post 9/11 in Iraq, Afghanistan, West Africa, Jordan, and Syria, medical freedom is a top priority for Hardage as well as providing access to honest, transparent, and ethical care for people, which is something you cannot find in America’s current Medical Industrial Complex. As CEO of Remote Health Solutions, Hardage believes that the mission of his company is a calling from on high, from our divine Father.

He says his goal is to leave this country in as good a shape as it was given to him, and right now he says “we have a lot of work to do to bring America back” Adam says he’s will to “go to the mattresses” for this country, for his oath, for the future of America and his children. Adding “We are in a war for the very idea of what it means to be an American and be free. This is the hill that I will die on.”

Another concerned veteran has reached out to the Gateway Pundit, saying he will probably be arrested on Saturday as he protests to eliminate the FBI. Below is the excerpt:

I am a 20-year retired navy commander and J6 attendee. I am incensed by the FBI raid on DJT’s home yesterday. I will be protesting an end to the FBI on the busiest intersection in my town of Kingwood, TX in full uniform Saturday.

I expect that I will be arrested at some point. Please ask other concerned veterans who swore to defend the Constitution against all enemies foreign and domestic and like-minded patriots to stand up against the new domestic terrorist; the DOJ and the FBI. Thank you and keep up your great work.