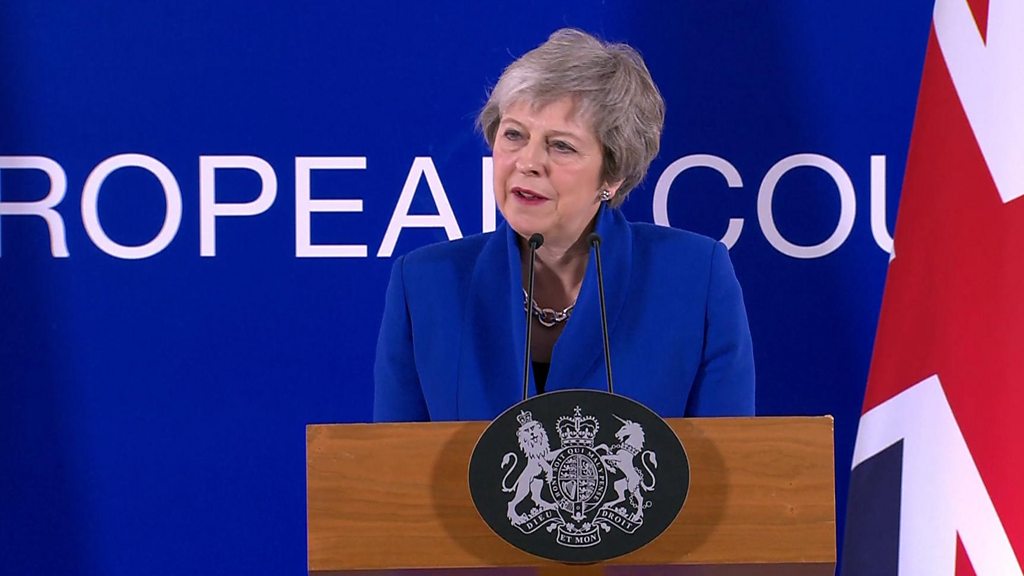 We are on course for organised chaos as we have always been!

Brits stockpiling food and medicine ahead of Brexit

In a small owner-run supermarket in south-west London, Jo Elgarf walks down an aisle full of long-life food.

Cans of hot dogs, stew, rice pudding. Packets of lentils, cartons of milk. It is all here.

"They have a really long life on them and are easy to store," she explains, pointing out that two cans of baked beans can be purchased for less than 2 pounds and will last until the end of 2020.

"At the moment I tend to buy two for myself now and two for later on."

A mother of three, including four-year-old Nora who is severely disabled, Ms Elgarf insists she is not an American-style prepper. Her kitchen cupboards are full to overflowing, but there is no hidden food under the stairs or in the garage, and no bunker in her backyard.

But the fear of what Brexit may bring has her worried and she wants to make sure she can feed her family if food supplies are impacted by a potential no-deal Brexit scenario.

Ms Elgarf is a member of the 2,500-strong Facebook group 48% Preppers, named after the 48 per cent of people who voted to remain in the 2016 referendum.

"It is actually becoming more and more common that people are suddenly waking up, looking in cupboards and saying, 'I don't think I have enough food to do more than a couple of days'," she says.

"And the closer we get to a no-deal, a few are very anxious."

It sounds like a doomsday approach, but across the United Kingdom some supermarkets chains have begun to stockpile in case no deal can be done and Britain crashes out of its union with Europe on March 29, 2019.

And there are warnings a hard Brexit could cause major disruptions at UK ports and borders.

Another getting ready for the unknown is former British Army officer Guy Dorrell, who will have enough supplies in his Surrey home for between 14 and 21 days after the transition date.

"I've resisted calling it prepping or survivalist stuff — but preparedness and being aware of what you need to have and the supplies you need in," he says.

Mr Dorrell also co-hosts a podcast called The Fall, which is billed as "a brutal guide to surviving Brexit" and deals with everything from a delay in Amazon orders to food and fuel shortages.

"We've always said that public disorder is highly likely, whatever happens," he says.

"So if we get food shortages or fuel shortages then, as we've seen across the [English] Channel in France, then public disorder is highly likely, and that would happen within days."

For Ms Elgarf, the most important thing is the supply of her daughter's medicine. Nora has cerebral palsy and the drugs she takes for severe epilepsy comes from the EU and cannot be stored long-term.

"Those meds come from Europe, and I have no way of stockpiling them," she says.

In July the British Government asked drug companies to stockpile six weeks' worth of medicines to prevent any shortfall even if the supply chain is affected.

Every month the UK imports nearly 40 million packets of medicine from the EU, and even more is exported out of the country.

"We are working very closely with our patients to help and give advice on the best ways to deal with any shortages there are," says Ash Soni, President of the Royal Pharmaceuticals Society.

"I can understand why people will be nervous, nervousness comes from being uncertain, we are all uncertain."

While the Government has published Brexit guidance on the issue, Ms Elgarf feels there is still a lack of clarity for her family.

"I just wish someone would take control, I just feel like we are just floating along as a country."

Theresa May features as Gollum in Brexit parody