I don't care that she's afraid of gay people.

I clicked on the link and couldn't find the image there. Do you have a link to the website where you got the image?

I do not - the picture, not the article, was sent to me by a friend.  If you google "John Casor" you will find many articles about him and the history of slavery in the U.S.  I tried to find a source that was neither blatantly conservative or liberal.  There are many articles specifically about John Casor, including a Wikipedia.  He is of historical significance because he was the first legal slave in the U.S.

I do not - the picture, not the article, was sent to me by a friend.

When I visited his forum, it was filled with memes.

Well, this is what you had to say about many of them:

The Curious History of Anthony Johnson: From Captive African to Right-wing Talking Point 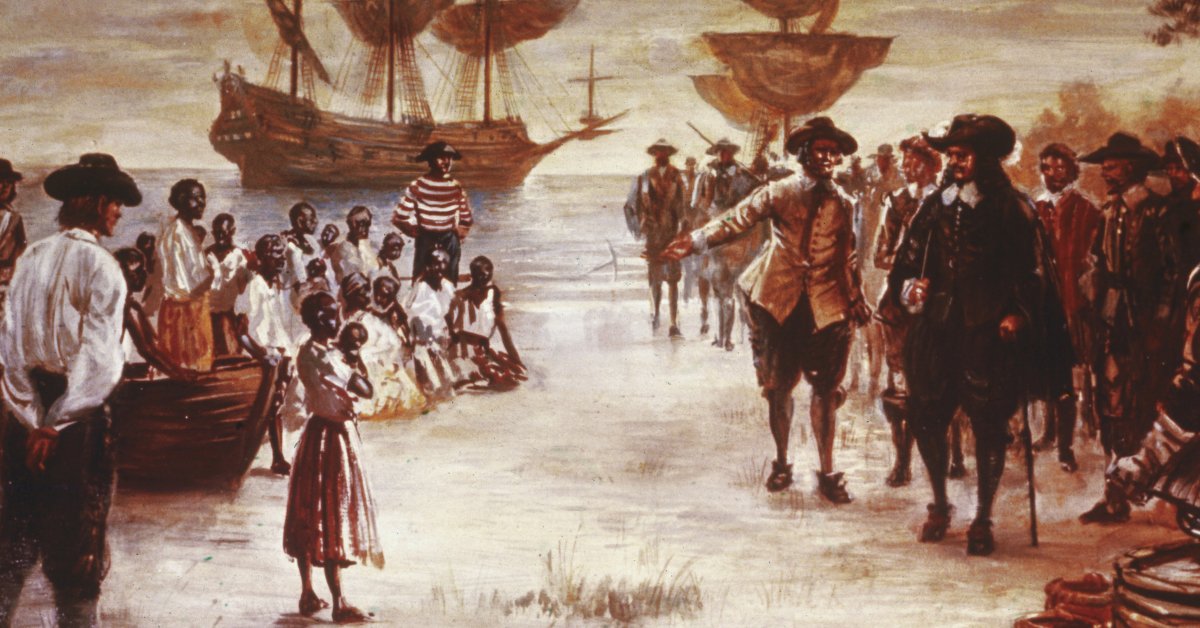 It was in 1619, "about the latter end of August," that an English privateer ship reached Point Comfort on the Virginia peninsula-and changed history

Just to be clear, BM was obviously being facetious when he made the comments about Kamala and her husband.

He does not actually hold those views.

Even more interesting... The Curious History of Anthony Johnson: From Captive African to Right-wing Talking Point

Ah, that answers my question. I was familiar with the Smithsonian, and didn't really expect to find the meme there when I clicked on the link.

Katie did make it clear that it is the meme that is being circulated by email and other social media, and that the link to Smithonian was an afterthought courtsey of google, which is what i suspected, although your article goes into much more detail about how these memes come about.

The Curious History of Anthony Johnson: From Captive African to Right-wing Talking Point

In various corners of the internet, memes circulate about a Black man identified as “Anthony Johnson,” believed to be a pioneer of American slavery and the first slave owner in North America. Intended for shock value, these memes reveal the new ways people disseminate knowledge in the age of social media. Anyone with access to the internet and the necessary software can generate historical narratives that gain disconcerting popularity. Of course, memes are perfect for establishing “Myth-stories,” as they do not ask readers to evaluate the sources and are often shared prolifically.

Though it is not the only myth attached to American slavery, the meme-ing of Anthony Johnson manifests the unique challenges scholars face in combating historical misinformation. As one of the few documented Black landowners in 17th-century Virginia, his unique story has morphed into a manipulative trope used by right-wing activists. From the 1960s–90s Johnson was predominantly known among academics who studied slavery, but interest in his (misrepresented) life has recently gained traction with the advent of digital sharing, discussion sites, and public forums. For instance, as of July 12, 2019 Johnson’s Wikipedia page claims he was a “colonist” sold by “Arab slave traders,” though there is no citation for the latter claim, nor is it supported by historians. It was likely added by a user who hoped to redirect blame from the
...[Message truncated]
View Full Message
0
ReplyToggle Dropdown
First Discussion
TOP
Copyright © 2022 Delphi Forums LLC