Lost city of Tenea may have been uncovered

Archaeologists believe they have uncovered the first tangible remains of the lost city of Tenea, an ancient Greek city thought to have been founded by captives from the Trojan War after the sacking of Troy.

A ministry statement said excavations from September to early October in the southern Greek region of the Peleponnese turned up "proof of the existence of the ancient city" of Tenea, until now known mostly from ancient texts.

Finds included walls and clay, marble or stone floors of buildings, as well as household pottery, a bone gaming die and more than 200 coins dating from the 4th century BC to late Roman times.

A pottery jar containing the remains of two human foetuses was also found amid the foundations of one building. That was unusual, as the ancient Greeks typically buried their dead in organised cemeteries outside the city walls.

Lead archaeologist Elena Korka, who has been excavating in the area since 2013, said her team had only been digging in the rich cemeteries surrounding Tenea, and this year had commenced excavations on part of the city itself.

In one cemetery, antiquities smugglers dug up two remarkable 6th century BC marble statues of young men in 2010 and tried to sell them for 10 million euros.

"This year we excavated part of the city itself," Dr Korka said.

Excavation work continues on the cemeteries, located near the modern village of Chiliomodi about 100km southwest of Athens.

"The citizens seem to have been remarkably affluent," Dr Korka said, adding that the city probably did well out of trade, standing on a key route between the major cities of Corinth and Argos in the north-eastern Peloponnese.

So far, not much was known about Tenea, apart from ancient references to the reputed link with Troy and to its citizens having formed the bulk of the Greek colonists who founded the city of Syracuse in Sicily.

Dr Korka said more should emerge during the excavations, which would continue over coming years.

"[The city] had distinctive pottery shapes with eastern influences, maintained contacts with both east and west … and had its own way of thinking, which, to the extent that it could, shaped its own policies," she said.

Tenea survived the Roman destruction of neighbouring Corinth in 146 BC, and flourished under Roman rule. It appears to have suffered damage during a Gothic invasion in the late 4th century AD and may have been abandoned around the time of Slavic incursions two centuries later. 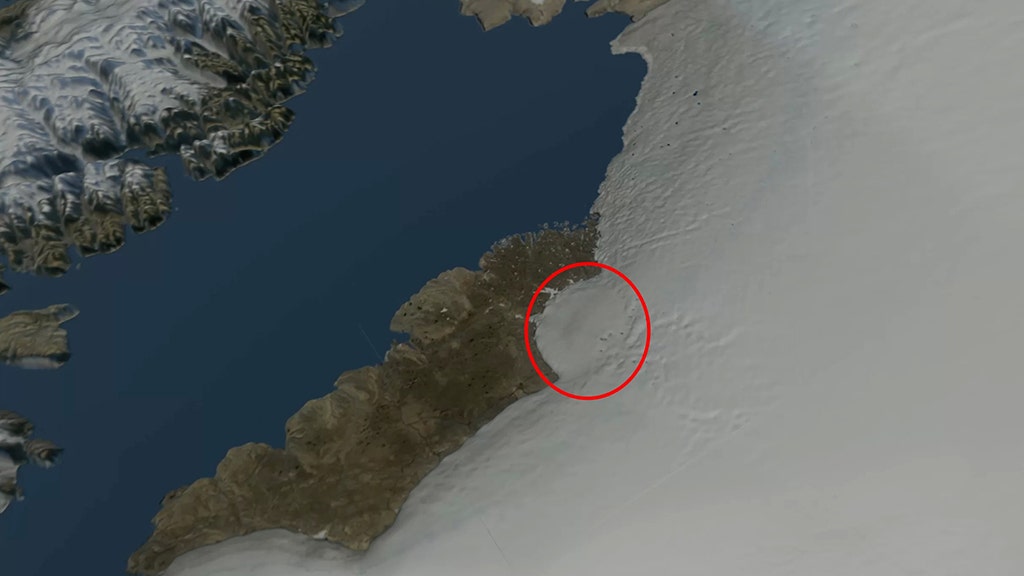 Earth smacked by an asteroid 19-miles-wide thousands of years ago: 'It rocked the Northern Hemisphere'

An enormous crater, measuring 19 miles in diameter, has been officially found in Greenland, hidden under the ice. The find was likely caused by an asteroid that hit the Earth "less than 3 million years ago," and is said to have "rocked the Northern Hemisphere."

Egyptian authorities have unveiled a well-preserved mummy of a woman inside a previously unopened coffin in Luxor in southern Egypt dating back more than 3,000 years.

The sarcophagus, an ancient coffin, was one of two found earlier this month by a French-led mission in the northern area of El-Asasef, a necropolis on the western bank of the Nile.

The first one had been opened earlier and examined by Egyptian antiquities officials.

"The two tombs were present with their mummies inside."

The Eighteenth Dynasty dates back to the 13th century BC, a period noted for some of the most well-known Pharaohs, including Tutankhamen and Ramses II.

It was the first known time authorities had opened a previously unopened sarcophagus before international media.

Earlier in the day, authorities also revealed in the same area the tomb of the overseer of the mummification shrine identified as Thaw-Irkhet-if.

The tomb contained five coloured masks and about 1,000 Ushabti statutes — the miniature figurines of servants to serve the dead in the afterlife.

About 300 metres of rubble was removed over five months to uncover the tomb, which contained coloured ceiling paintings depicting the owner and his family.

The tomb, which also contains mummies, skeletons and skulls, dates back to the middle-kingdom, almost 4,000 years ago, but was reused during the late period.

Ancient Egyptians mummified humans to preserve their bodies for the afterlife, while animal mummies were used as religious offerings.

Egypt has revealed more than a dozen ancient discoveries since the beginning of this year.

The country hopes these discoveries will brighten its image abroad and revive interest among travellers who once flocked to its iconic pharaonic temples and pyramids but who have shunned the country since its 2011 political uprising.

Egyptian authorities have unveiled a well-preserved mummy of a woman inside a previously unopened coffin in Luxor in southern Egypt dating back more than 3,000 years.

And you beat me to it!

The Human Origin Story Has Changed Again, Thanks to New Discovery in Algeria

The discovery of 2.4-million-year-old stone tools and butchered bones at a site in Algeria suggests our distant hominin relatives spread into the northern regions of Africa far earlier than archaeologists assumed. The find adds credence to the newly emerging suggestion that ancient hominins lived-and evolved-outside a supposed Garden of Eden in East Africa.

Egypt unveils 'one of a kind' ancient tomb

Egypt unveiled a well-preserved 4,400-year-old tomb decorated with hieroglyphs and statues south of Cairo on Saturday, and officials expect more discoveries when archaeologists excavate the site further in coming months.

The tomb was found in a buried ridge at the ancient necropolis of Saqqara. It was untouched and unlooted, Mostafa Waziri, secretary-general of the Supreme Council of Antiquities, told reporters at the site.

He described the find as "one of a kind in the last decades".

The walls are decorated with hieroglyphs and statues of pharaohs.

Photo: Mustafa Abdo, chief of excavation workers, walks inside the tomb, where the colours were still intact after more than 4,400 years. (AP: Amr Nabil)

Mr Waziri said the tomb was unique because of the statues and its near-perfect condition.

"The colour is almost intact even though the tomb is almost 4,400 years old," he said.

The tomb dates from the rule of Neferirkare Kakai, the third king of the Fifth Dynasty of the Old Kingdom.

Archaeologists removed a last layer of debris from the tomb on Thursday and found five shafts inside, Mr Waziri said.

One of the shafts was unsealed with nothing inside, but the other four were sealed.

They are expecting to make discoveries when they excavate those shafts starting on Sunday, he said. He was hopeful about one shaft in particular.

"I can imagine that all of the objects can be found in this area," he said, pointing at one of the sealed shafts.

"This shaft should lead to a coffin or a sarcophagus of the owner of the tomb."

Photo: Mostafa Waziri, secretary general of the Supreme Council of Antiquities, points out carvings at the tomb. (AP: Amr Nabil)

The tomb lies in a buried ridge that has only partially been uncovered.

Mr Waziri said he expects more discoveries to be made there when archaeologists start more excavation work in January.

The Fifth Dynasty ruled Egypt from about 2,500 BC to 2,350 BC, not long after the great pyramid of Giza was built.

Saqqara served as the necropolis for Memphis, the capital of ancient Egypt for more than two millennia.

Ancient Egyptians mummified humans to preserve their bodies for the afterlife, while animal mummies were used as religious offerings.

Egypt has revealed over a dozen ancient discoveries this year.

The country hopes the finds will brighten its image abroad and revive interest among travellers who once flocked to its iconic pharaonic temples and pyramids but who fled after the 2011 political uprising.

I saw it last nite late and was going to send it to you, but could not get the page to accept my message. This happens occasionally.

it is fantastic, looking forward to the opening of the 1st tomb. They seem to think it belonged to a high priest.

Thanks for posting those!

It's incredible how well preserved everything is!