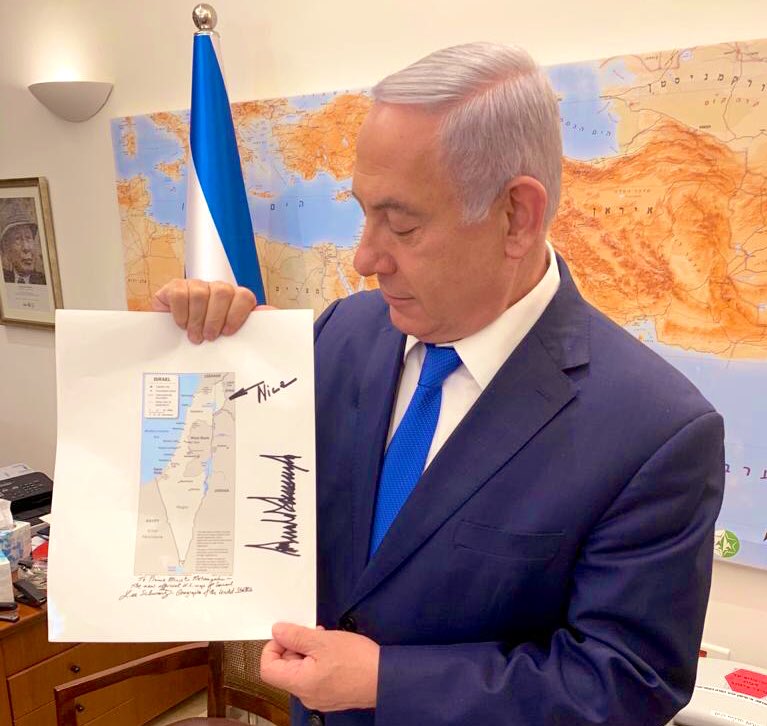 What on earth does Trump think he's doing?

An image guaranteed to inflame even Saudis, surely!

0
ReplyToggle Dropdown
Msg 261 of 581 to BerryStephBerrySteph
In reply toRe: msg 260

Who needs Israel more than the Saudis , the Golan is the issue and the SA's will not give a damn as they are no friends of Assad or the Iranians or the Hezbollah , you are dumber than dirt

Well, I have been indisposed to political controversy for a bit. Battling the rain and cold with planting veg and herbs made me feel like reading silly stuff, but then the news would inevitably come on, and muddy my serene water of springlike mind. So here it goes...

Four and something insiders caught in a lie, and when the pie was prosecuted, they began to sing, wasn't that a dainty dish to put before the king?

Even the Repubs are starting to back away, even ole' Mitch doesn't like the tariffs, especially when they hit the "bible belt" economy so hard.

Later, or sooner (one hopes), they will finally get to the bottom of his cess pit tax returns, from the auspices of New York courts. He royally screwed NY out of any share of his supposed and bankrupt  billions. Then, Jared, manufactured a deal with his 666 address property for wealthy condos and such, on what was meant to be built for housing for those of less means, is a typical use of corrupt influence in the corrupt Mob/Mafia/Gang family of Trump.

Shall we dwell on his other faults, like maligning immigrants that have no ability to gain status here, under his policies, and yet he employs them on his properties? Without proper documentation, so that there is always the doom overhead, if they are not compliant.

Without proper documentation, so that there is always the doom overhead, if they are not compliant.

But I don't think its clever of California to welcome in unlimited immigration.

Nor to defy Washington over it.

Just prior to participating in a solemn ceremony commemorating the 75th anniversary of the D-Day invasion in Normandy, France, President Donald Trump sat for an interview with Fox News host (and Trump advocate) Laura Ingraham. With rows and rows of white grave markers as his backdrop, the President repeatedly slammed his political opponents, attacked former special counsel Robert Mueller and...