Yes, and what I saw was peacefully marching and singing crowd being harassed and beaten by BLM and Antifa.

Neither, where is your picture of the thousands of American flags being displayed?  There are idiots in every crowd, but the bottom line is, no matter which flag was displayed, neither started the violence that happened toward the end of the march.  It was entirely instigated by pro-left idiots.

> "Yes, and what I saw was peacefully marching and singing crowd being harassed and beaten by BLM and Antifa."

0
ReplyToggle Dropdown
Msg 516 of 570 to slackerxslackerx
In reply toRe: msg 515

ONE idiot holds up an offensive sign, and you repudiate the entire crowd???  Oh well, that's left-thinking for ya....

It's sad that you actually see it in these terms.

> "OMG!  Hide your children and wife - those people are flying the American flag and marching for something they believe in!  Your family is in danger."

I guess it's the new normal. 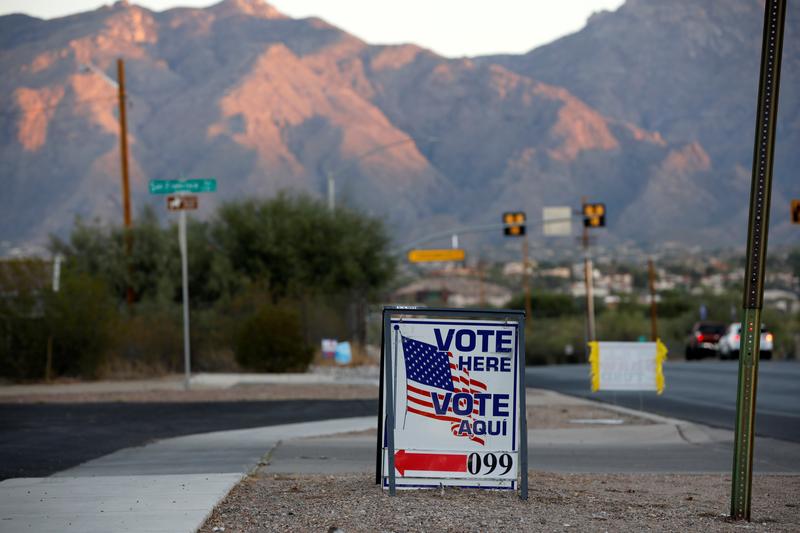 Arizona's top election official Katie Hobbs said on Wednesday she faced escalating threats of violence over the outcome of the Nov. 3 presidential election, and blamed President Donald Trump for spreading misinformation to undermine trust in the results.

I'm not surprised.  It was not covered and the videos were not shown by mainstream media.  The violence was limited, but did include beatings and stabbings.  The video I saw was frightening, .  The BLM/Antifa crowd were surrounding people leaving after the march, even elderly people and families with small children, screaming and grabbing at them.  I saw a man knocked unconscious from behind, and while he was on the ground, was kicked in the head.  Flags were torn out of marchers' hands, things were thrown at them, people sitting at an outdoor dining spot had lit fireworks thrown at them.  It was a scary scene.  I did look for videos for you but even Fox has taken them down.