Latest 3:23 AM by BerrySteph

Latest 4:25 AM by Jenifer (Zarknorph)

Aw crap! It's the apocalypse.

A bit of Australian Culture   Australia and Oceania

Still, I appreciate hearing from those who hold different opinions... So, you're always welcome.

That was much better.

The Aboriginal bushranger who fought back against police, but was dropped from Australian folklore

Captain Thunderbolt probably wouldn't have survived as long without the help of Mary Ann Bugg, his Aboriginal partner. So why is he the only one celebrated as a folk hero?

You want me to do something constructive?

OK, let's make fun of the big-eared ugly kid in the picture.

What the hell does he know about anything?

Not much, he's about 6 years old, but he wasn't telling anybody how they should live either.

Why isn't he in school?

We were on summer vacation.

Who's the puppetmaster behind him?

My late lamented father who taught me to think for myself.

What right does this kid even have to be in this forest?

It's a public Redwood forest in California.

He's too stupid to be allowed to even live, let alone speak!!

Kind of like the genocide attempted by early Aussies?

And his shirt is awful!

Agreed, but blame my parents, not me.

Sure, you vented all that hate. Congrats. 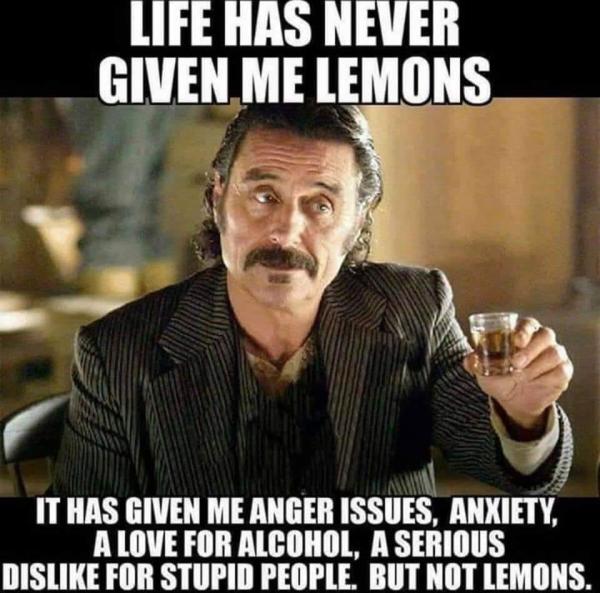 0
ReplyToggle Dropdown
Msg 35 of 85 to ElDotardoElDotardo
In reply toRe: msg 33

Just doing what you do to Greta.

Been really busy this week.  I'll try to get into DC tomorrow.

I absolutely love the meme below!

Strange how we feel exactly the same exasperation with the "other side".

Today they are revered as truly special places in Australia - recognised by World Heritage as sites to be protected and preserved - but there was a time when they were just playgrounds for the local kids.

This shows, that while slowly, we do make a bit of progress in conservation. 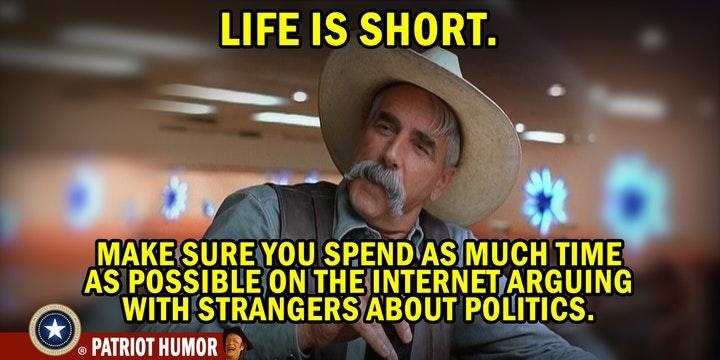 0
ReplyToggle Dropdown
Msg 39 of 85 to ElDotardoElDotardo
In reply toRe: msg 38

I know you sent this to Jenifer, but just wanted to say thank you.  I love me some Sam Elliott.