Goodbye Donald. You were the worse of us

Dozens of pickup trucks, many with Trump flags, surrounded a Biden campaign bus as it traveled from San Antonio to Austin.

0
ReplyToggle Dropdown
Msg 517 of 579 to slackerxslackerx
In reply toRe: msg 516 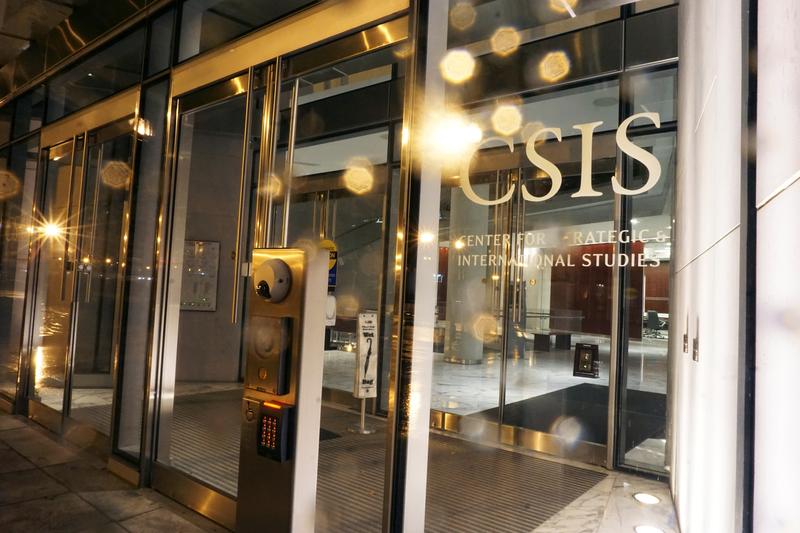 The group of Russian hackers accused of meddling in the 2016 U.S. presidential election earlier this year targeted the email accounts of Democratic state parties in California and Indiana, and influential think tanks in Washington and New York, according to people with knowledge... 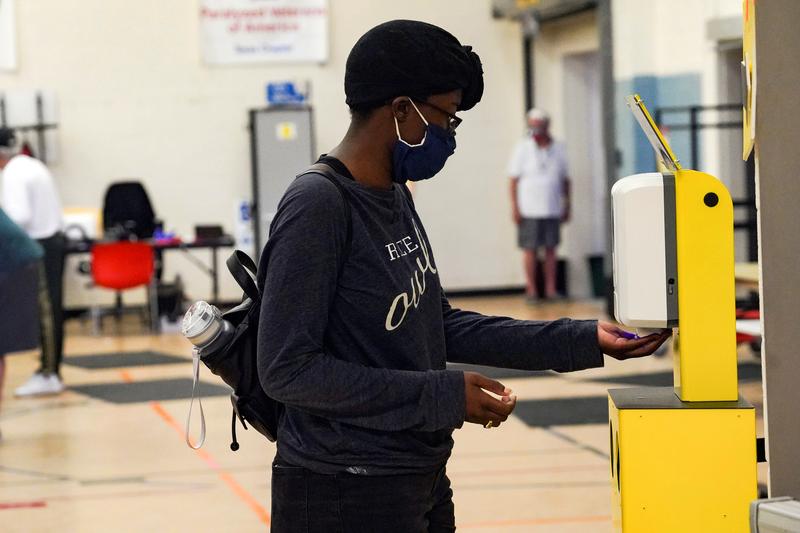 A federal judge in Texas scheduled an emergency hearing for Monday on whether Houston officials unlawfully allowed drive-through voting and should toss more than 100,000 votes in the Democratic-leaning area. 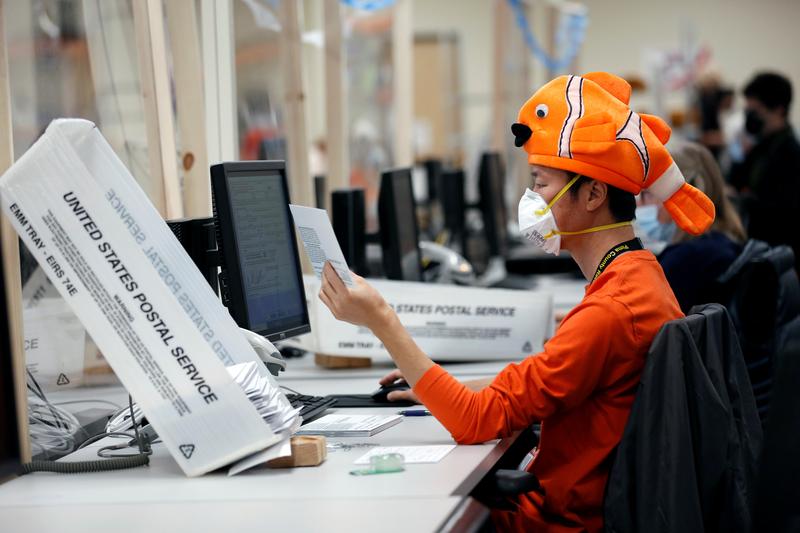 More than 90 million Americans have cast ballots in the U.S. presidential election, according to a tally on Saturday from the U.S. Elections Project at the University of Florida, setting the stage for the highest participation rate in over a century.

First: There is a Deep State that abused the credibility of America’s Intelligence Community to overturn a free and fair presidential election. If you don’t believe me, listen to what left-liberal journalist Glenn Greenwald told Tucker Carlson last week. Greenwald brought out the Edward Snowden revelations about National Security Agency spying on American citizens. He has been a thorn in the side of the U.S. Deep State for years, and he now warns about a dirty alliance between the spooks and the progressive Left. The whole “Russia collusion” scandal was concocted out of thin air in order to bring down a presidency. If a handful of self-appointed officials in cahoots with the liberal elite can destroy a presidency, your democratic rights are toilet paper.

Second: The grudge that the Deep State bears against Trump arises from Trump’s opposition to “endless wars.” The people running our Intelligence Community got their jobs through endless wars, and a careful look at how the covert side of this war was conducted would ruin a lot of careers, and worse. When Trump dissented from the Bush-Romney-McCain wing of the party over the Iraq war, he became anathema. Trump’s position has the overwhelming support of the American people. I don’t care what you think of him: He stood down a mutiny by a cabal of spooks determined to thwart the will of the people as expressed in a fair election.

Moving America’s Israel embassy to Jerusalem didn’t produce a backlash on the “Arab street,” as the establishment warned. On the contrary: It told the Arabs that Israel is here to stay, and encouraged the UAE, Bahrein and Sudan to normalize relations with the Jewish State.

Fourth: Trump brought about real improvements in the economy, despite the setbacks due to the COVID-19 pandemic. The corporate tax cut of 2018 had flaws, but the combination of lower tax cuts and deregulation encouraged American entrepreneurs to take risks, hire up and produce. That represented a vast improvement over the anti-business climate of the Obama years, which favored Big Tech and Wall Street, but no-one else.

Fifth: Trump has done a great job of selecting justices for the Supreme Court, our last defense against radical social engineering. In his last year in office, remember, Obama’s Education Department sent warnings to American schools that they would lose funding if they didn’t let boys-who-think-they’re-girls use the girls’ bathroom. The progressive agenda seeks nothing less than the erasure of the traditional concept of the family. A small but well-organized minority entrenched in American universities is attempting to impose social policies on Americans–including religious organizations–that most Americans find abhorrent if not insane.

Sixth: The Democratic Party refuses to stand up to the violent radicals in its own ranks. Democratic city governments allowed rioters to loot and burn; the Minneapolis city government evacuated its Third Precinct rather than defend it from rioters who then burned it. Biden and Harris are pandering to criminality. Here’s what Kamala Harris said after Philadelphia police officers shot a man closing on on them with a knife in his hand:

Our hearts are broken for the family of Walter Wallace Jr., and for all those suffering the emotional weight of learning about another Black life in America lost. We cannot accept that in this country a mental health crisis ends in death. It makes the shock and grief and violence of yesterday’s shooting that much more painful, especially for a community that has already endured so much trauma. Walter Wallace’s life, like too many others, was a Black life that mattered — to his mother, to his family, to his community, to all of us.

The police in this case did what every policeman in the United States is trained to do, but Harris blamed the cops.

I know all the arguments to the contrary: Biden, and Harris, if Biden doesn’t make it through his first term, supposedly are centrists who will control the radicals in their party. It doesn’t work that way. As Talleyrand said, you can do anything with a bayonet except sit on it. This is today’s Demo
...[Message truncated]
View Full Message
0
ReplyToggle Dropdown
Msg 522 of 579 to slackerxslackerx
In reply toRe: msg 520

It's lovely to see Obama just having fun with this campaign. A group of Texas Republicans have lost one of two legal challenges they brought in the hope of halting drive-through voting in Houston and having more than 120,000 votes thrown out. 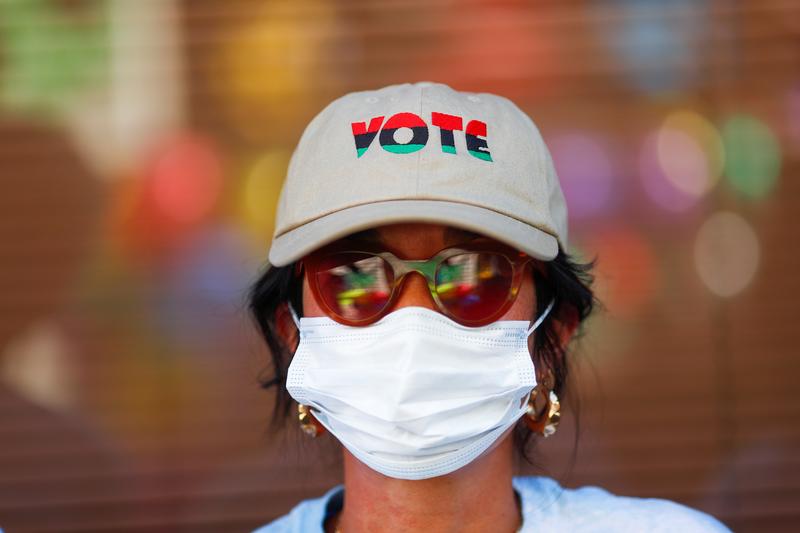 President Donald Trump cast doubt on the integrity of the U.S. election again on Sunday, saying a vote count that stretched past Election Day would be a "terrible thing" and suggesting his lawyers might get involved.