0
ReplyToggle Dropdown
Msg 34 of 203 to ElDotardoElDotardo
In reply toRe: msg 26

0
ReplyToggle Dropdown
Msg 35 of 203 to ElDotardoElDotardo
In reply toRe: msg 30

'It's toxic': How coronavirus conspiracies are putting strain on friendships and families The pandemic has quickly changed everything - we're confined to our homes, glued to our screens. Yet for some the virus has also fractured a shared sense of what is fact, what is true.

Nothing conspiracy about it - the US has used biological WMD, Israel has used them and is using them again.

Most critically, WHO has no treaty basis, no powers of inspection or enforcement because the US and Israel won't accept them.

Global health has never more clearly been held hostage by the genocidal.

Of course, but has this ever occurred to you . . .

"Collective fear stimulates the herd mentality, and tends to produce ferocity towards those who are not regarded as members of the herd. " -- Bertrand Russell
Excerpts from a longer essay by our friend  Matthew Noto @Myplanet, My Rules


We've reached Peak Fucktard.  I thought we had achieved this ignominious goal several times before -- the elevation of an Affirmative Action hire to the Presidency; handing out mortgages to people who couldn't pay them back; the destruction of the Western University as a beacon of enlightenment; the elevation of the Kardashians to billionaire status -- but I have obviously been mistaken. No, it took a most-unusual combination of unforeseen factors to bring every last fucktarded waste of gametes out from the closets. Plague, economic ruin, politics, a media-induced panic, have all combined to ensure that the Human Race, particularly the American Breed, could take collective leave of their feeble senses to such an extent as to make one weep for the future of Humanity as a whole.
Mind you, half (at least) of the human race was a disease unto itself, and something akin to herd animals. The behavior of this particular Herd made it abundantly clear that civilization stood upon a knife edge, seeing as it was the half that expected all the rewards of civilization without having to contribute anything of value towards it's continuation.  They simply multiplied, made enough noises to make their shepherds attentive to their basest emotions -- discontent, anger, moron, jealousy, fear, a pretense to self-esteem founded largely upon the lack of esteem of the self -- to respond in some fashion.  Usually a fashion that was intended to shut the herd up while the shepherd went back to planning how to profit from the fleecing to come.
And the Herd had learned that if you make enough noise, you get something for it. Perhaps not exactly what you wanted, but a close approximation of it, from the shepherd. The shepherd simply tossed out goodies -- the herd cared not whence they came -- and it was better than nothing.  Mostly because "better" meant the herd would have to take action of it's own accord, and being sheep, discovering they lacked the collective brainpower and motivation to do little more than graze and make an occasional noise. No, the Herd was a good, comfortable thing. The shepherd, even if he shaved your ass every spring to take your wool and occasionally ate one of your comrades or children, at least could be counted upon to react to your noises. To show initiative, intelligence, ambition, even common sense, was to imply that there was something wrong with the Herd, and the Herd is always touchy and seeking slights, real or imagined, so as to justify more noise and more attention from the shepherds.
And then came the scourge of the Flu Manchu.
The Herd Mentality took over. Suddenly, the Herd was unsafe going about its usual business of aimlessly roaming the pastures. The Herd was now under attack from a force the shepherds could not overcome by simply reacting to mere noise and mollifying same with some shiny object or lofty promise. The sheep became terrified. If the shepherds couldn't understand what was happening, and the supply of shiny-objects-for-noise suddenly dried up, then what was the Herd to do?
The only thing the shepherds -- guided by people they refer to as "experts" whose claim to expertise is highly questionable -- could think to do was to shove the Herd into the barn, where it came into contact with other Herds similarly imprisoned by their shepherds, herders, and tenders. That barn got pretty crowded very quickly. Some sheep didn't make it in and succumbed to the Asian Snot Storm, which made the sheep sad, since they all believed they were going to live forever -- because they made the noise that said they should, and the Shepherd reacted by destroying the veterinary system they would depend upon in an act of Social Justice -- and
...[Message truncated]
View Full Message
0
ReplyToggle Dropdown
Msg 39 of 203 to Jenifer (Zarknorph)Zarknorph
In reply toRe: msg 35 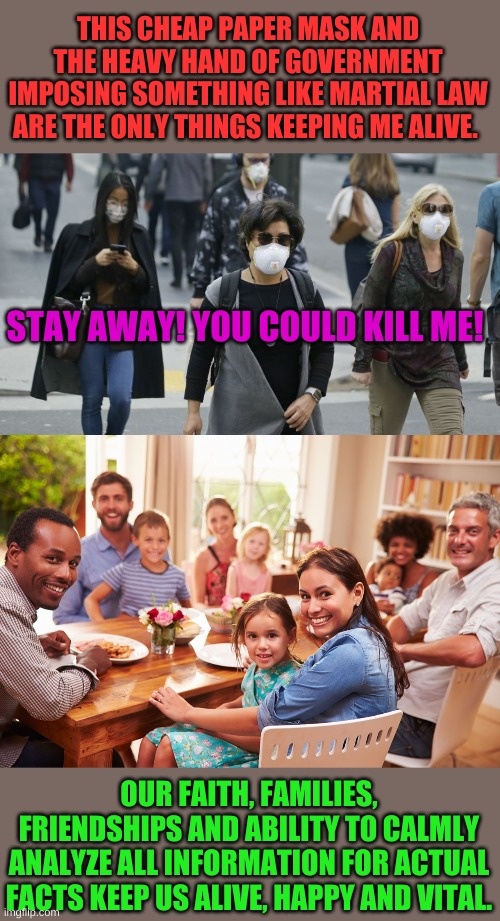 And the useful idiots nod and thank Anderson Cooper for his translation of plain English . . .

Why does the Left hate science? 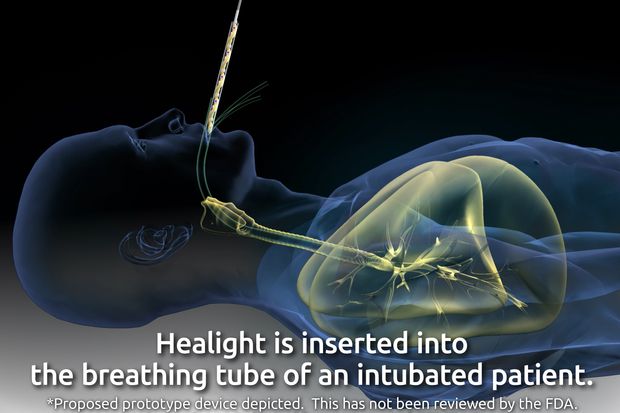 I ran an obscure pharmaceutical company until a few days ago. Then we got famous. Early in the Covid-19 pandemic, Aytu BioScience made a commitment to find ways to help. One of those ways came through our newly formed relationship with a prominent Los Angeles hospital.

On April 20 we put out a press release titled “Aytu BioScience Signs Exclusive Global License with Cedars-Sinai for Potential Coronavirus Treatment.” The treatment is called Healight, and it was developed by research physicians at the hospital’s Medically Associated Science and Technology Program. The technology, which has been in development since 2016, uses ultraviolet light as an antimicrobial and is a promising potential treatment for Covid-19.

Aytu and Cedars-Sinai have engaged with the Food and Drug Administration to pursue a rapid path to human use through an Emergency Use Authorization. But hardly anyone noticed—until Thursday, when President Trump mused, “. . . supposing you brought the light inside the body . . .”

My team and I knew the president’s comments could trigger a backlash against the idea of UV light as a treatment, which might hinder our ability to get the word out. We decided to create a YouTube account, upload a video animation we had created, and tweet it out. It received some 50,000 views in 24 hours.

Then YouTube took it down. So did Vimeo. Twitter suspended our account. The narrative changed from whether UV light can be used to treat Covid-19 to “Aytu is being censored.”

These days, politics seems to dictate that if one party says, “The sky is blue,” the other party is obligated to reply, “No, it’s not, and you’re a terrible human being for thinking that.” That leaves no room for science, in which the data speak for themselves, regardless of ideology, and only when they’re ready. Unfortunately, the visceral excitement of political conflict draws far more clicks and better ratings than the methodical world of science.

Technologies like Healight, which if borne out through clinical studies may represent a viable way to kill coronaviruses, aren’t provided the clear-headed consideration they deserve but are instead flushed into the political mosh-pit of “us vs. them.”

Twitter, YouTube and Vimeo are under enormous pressure from political activists. They also need to ensure that information on their platforms is safe and accurate. That’s exactly why Aytu decided to post videos and tweet about Healight.

We at Aytu BioScience are confident that treatments for Covid-19 will be found. We hope we can help. But above all we hope science will ultimately speak louder than politics.

There is still much work to do on Healight—much to study, and much to verify. But I can assure you that, should the FDA approve this tech
...[Message truncated]
View Full Message
0
ReplyToggle Dropdown
Keep Reading
TOP
Copyright © 2022 Delphi Forums LLC