How lucky you are to have a whole big, beautiful continent as your playground!

But it takes forever to get anywhere.

Planning a trip north this year.

Oh I wish! Hope you can do it!

Best Photographs from Australia this week

Western Australia's whale populations appear to be in step with their east coast counterparts with large pods of humpbacks coming within metres of spectators off the southern coastlines.

At Cheynes Beach near Albany, 98 whales were counted during daylight hours over the weekend, with the sightings fed into the national whale census currently underway.

Further up the coast near Augusta in the state's south-west whale watchers witnessed five humpbacks breaching an incredible six times within sixty seconds.

Whales wow watchers off the coast of WA

Whales breaching is one of the most awe inspiring thing to see!

0
ReplyToggle Dropdown
Msg 77 of 318 to ElDotardoElDotardo
In reply toRe: msg 76

A mass colony of tent spiders have created a mesmerising display in a nature reserve on Australia's east coast, capturing the imagination of locals.

The intricately-formed spider webs have been described as resembling masses of floating jellyfish or tiny suspended spaceships which glow in the early morning light.

During regular daylight hours, they are almost impossible to see.

But at dawn and in the late afternoon, the webs reflect rays of sunlight and appear almost iridescent.

Replace them with these on a one to one basis . . . 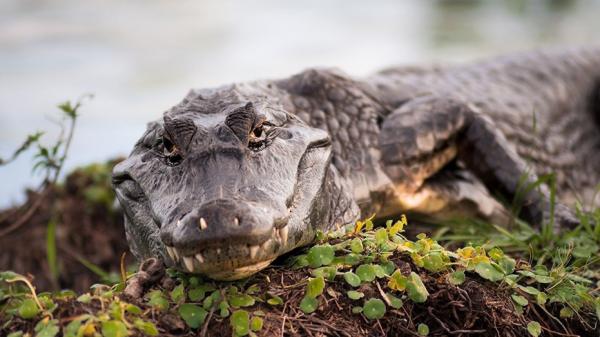 0
ReplyToggle Dropdown
Msg 80 of 318 to ElDotardoElDotardo
In reply toRe: msg 79

It appears we have reached an impasse!

We should agree to never show each other pictures of alligators or spiders out of respect for each other.