Singing while being bombed   The U.K and Europe

Independent journalist Patrick Lancaster was filming in Donetsk today. Ukraine has just received a fresh batch of shells from the US so it decided to start attacking Donetsk which was one of the rebel provinces that left Ukraine eight years ago.

Patrick had to run for his life and ended up in a factory that makes safety gear for coal miners. With surrounding buildings aflame, employees in the basement started singing patriotic Russian songs. The singing starts at the 25 minute mark and lasts three minutes. It is rich.

I think Patrick will die on the job himself but he is dedicated to get the truth out.

Given unfolding events, Patrick might soon have lots of company . . .

Did Lithuania Light the Fuse on World War III?

https://www.thegatewaypundit.com/2022/06/breaking-lithuania-light-fuse-world-war-iii/
In a move of staggering stupidity and hubris, Lithuanian banned the transit of Russian goods to Kaliningrad effective today, June 18, 2022.  Kaliningrad, which is wedged between Poland on the west and Lithuania on the east, is home to almost a half-million Russians and the headquarters for the Russian Navy’s Baltic Sea force. 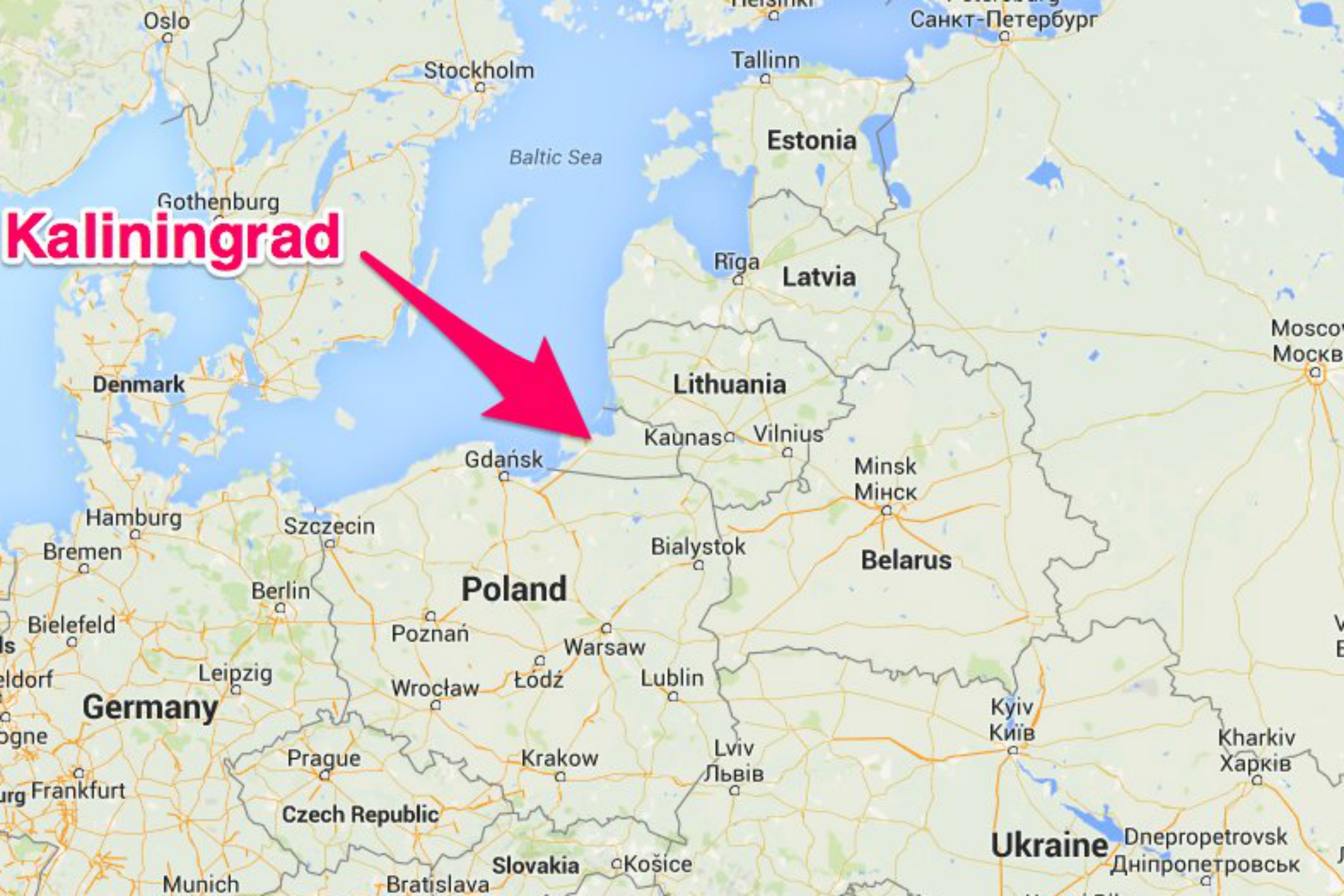 Lithuania claims it is simply abiding by the sanctions imposed by the European Union. After all, Lithuania is a member of the European Union and NATO. But that is the point. This is a deliberate provocation. It is laying economic siege to a vital interest of Russia. While there is no immediate danger to the Russian population of Kaliningrad, this is a flash point that could lead to an actual war as opposed to a special military operation.

War on the other hand is terrifying. If Russia opts for a war footing, the restraint that characterized its activities in Ukraine will be replaced by a full-on attack on key military installations and assets in the region as well as the destruction of the communications, electrical, transportation and fuel resources of the adversary. This probably includes taking out critical satellite communications and intelligence collection systems of the United States and Europe.

Kaliningrad, formerly known as Königsberg, was put under Soviet control in 1945 according to the terms of the Potsdam Agreement, which was backed by the United States and Great Britain. The Russian people paid blood for this land in 1945 and are not going to relinquish it in the face of bullying or threats from the west. If you are going to poke an angry bear with a stick, you better be damn sure that bear is locked up and can’t get you. Russia sure as hell is not secure in a cage.

0
ReplyToggle Dropdown
Msg 3 of 5 to ElDotardoElDotardo
In reply toRe: msg 2

I read about that. Our species seems hell bent on self destruction.

I have been to Lithuania for a three day week end and I found the people there less welcoming than any country that I have ever visited. Estonia wasn't very nice either. A pick pocket almost got my wallet. Latvia on the other hand was OK but then it has the highest percentage of Russians.

I agree, our species seems lost and confused lately. Sadly if it was simply confined to my country, we might have a chance to reclaim sanity, but it seems pandemic in a global society . . .

Typical of most of my countrymen, I am not widely traveled. Canada and Mexico hardly count, and Vietnam was under duress *chuckle*. I did make it to England back in 2001, and I've become a big fan of what is known here as 'Nordic Noir' television series - probably routine viewing for you - so there's that. Beautiful setting, especially when compared to where I live now in Kansas . .

It's pretty flat country, but at least we get tornadoes!

0
ReplyToggle Dropdown
Msg 5 of 5 to ElDotardoElDotardo
In reply toRe: msg 4

When they say I stand with Ukraine, it means they stand with criminals, gangs and racists but the public has no idea of what life in Ukraine is like.

But it is tough to know when the media has its own mission.

I have discovered Bald and Bankrupt who is a traveler who can speak Hindi, Russian, and English and his girl friend speaks Russian, Spanish, and French. The videos are mostly questioning strangers about life where they live.

Here is a sample on a visit to Georgia that is very informative.