And now for something completely different.

Before we start, let me say that I really do like cats.

I had my first brush with cat killing when I was in college. My grandmother had a cat for years, and at the time, I admit that I was ambivalent about them. I went to visit grandma one day during summer break, just to see how she was doing and what she might need done around her house.

When I got here I found the yard was overgrown, and the trees needed some trimming. I followed the well-worn path to the front door. When I pressed the doorbell, the button sprung out at me with its wires exposed. (I hadn't gone inside yet and already I had a list of things to do.) I tried the handle and the door swung open, dragging uncollected mail across its path.

The house was obsessively clean, a scene straight from "That 70's Show", with plastic covers on everything to preserve it. But I also detected the smell of cat urine. Everything seemed in order so I went looking for grandma. I swept through the entire house until I came to her room. It was early afternoon so this was the place I expected her to be. I gently knocked and pushed open the door to find her fully dressed, sitting upright in her chair by the window, stroking her cat, Elsa. Thinking back on it now, it was the perfect name for a snow white cat. Grandma sat with a parted book on her side table, and we talked for a while on many subjects at once. I kept trying to bring the conversation back to what I could do for her, and I finally got her to agree to letting me do some chores around the house. I told her I'd make myself a sandwich and get started outside. I left her in her reading chair, the door ajar.

I went to the kitchen and started scouring through the refrigerator, but found almost nothing. Then I remembered her deep freeze. I went into the garage and found her 50 year old horizontal freezer. I opened it, and then remembered how heavy this thing was. It took both hands to open it and a block of wood to keep the door open. I scanned through frozen peas and corn and considered my options: an old plastic pail of Neapolitan ice cream or a single frozen Red Baron pizza. I could tell the pizza had been in there for a while, but I figured the freezer burn was worth the risk of eating something healthy. I snatched the pizza and pulled out the block wood, just barely avoiding smashed fingers.

Fast forward two hours; I'd eaten the pizza and cut the grass in front and back. I'd also fixed the doorbell. I came into the house to use the bathroom when grandma asked if I'd seen Elsa. She said she thought I was playing with her because she followed me out of the room. We started looking around the house for her. She wasn’t in her bed, not downstairs, not in the garage, kitchen, living room, or bedroom. We even tried tempting her with food.

It finally dawned on me there was one place I hadn't looked but that was impossible. How? Why? I went back out to the garage, opened the deep freeze and found a lifeless ball of stuff-in-fluff. Oh-shit!

I pulled the lump of cat out out of the freezer, rock hard, lifeless and ice cold to the touch. I wrapped it up in blankets and discretely took my grandmother's hairdryer to the downstairs bathroom. There I sat trying to warm the cat with a travel size hair dryer. Then I remembered my uncle was a vet. Who would have better advice than him? I called him and walked through what I thought happened. He explained there were two things I needed to worry about; hypothermia and a possible concussion (since we never heard the cat wailing). Next, I needed to listen for a heartbeat and do whatever I could to regain the cat’s consciousness. I pressed my ear against its chest and made out what I thought was a heartbeat. At this point he suggested smelling salts. I scanned through the bathroom cabinets until I came across an old scratched up med kit, but no smelling salts. My uncle told me of another sinus irritant occasionally used: gasoline. The smell is intolerable enough to be used like smelling salts. I’d never heard of this but I was willing to try anything. I found the gas can and poured some into the cap. I bent over the cat and positioned the lid just under the cat’s nose.

That’s when Grandma walked in. She shrieked at the sight of Elsa, causing me to dump the gas cap over the cat’s exposed mouth and nose.

I turned my attention back to the cat whose eyes where now wide open and focused on me. Elsa’s eyes began darting everywhere. While keeping my guard up, I reached out to comfort the cat. Suddenly, it bolted upright as if it had been struck by lightning. She shot off and began tearing through the house. She soared to the top of the curtains and along a glass shelf, knocking over every priceless ceramic figurine grandma had collected through her life.

I tried to get near Elsa to calm her, but she took that as a threat and ran off in another direction, even more determined. The terror through the house lasted something like ten minutes.

Just as abruptly as it started, Elsa came to a halt at the top of the grandfather clock in the hall. She stood there for a second, and then fell to the floor, dead as a stone. Nothing I tried brought her back this time.

My uncle told me he figures she just ran out of gas.

My second brush with cat killing occurred just four years later. I was 24 and newly married. My wife and I rented an apartment in what had been a large family house. It was pretty nice as a starter; a little old, but it had some character. Our apartment was one half of the upstairs.

My wife and I, and a long-haired black cat named Fluffy, moved in there in the spring. She'd gotten the cat while in high school and was completely devoted to it. Looking back on it, I think she and my grandma were very alike in that way. I was happy because Fluffy seemed to like me. I tried to encourage that; sharing my food with her. She was especially fond of bacon.

Fluffy was a curious little cat, always following us around to see what we were up to. I thought she was just curious because of her new surroundings, but my wife said she’d always been that way. She also seemed to love laundry. She’d find the laundry basket whenever we had clothes or towels in it. She liked to root around in there and burrow a little nest. After you got used to the cat hair everywhere, it was all good.

There was a shared laundry room in the basement of the place. Granted, it was shared, but it was better tha
...[Message truncated]
View Full Message
0
ReplyToggle Dropdown
Msg 73 of 1504 to Jenifer (Zarknorph)Zarknorph
In reply toRe: msg 48

These stories are horrible!!!

Top and bottom of the fruit does not match.  Looks like the kitteh is sitting in a watermelon rind and has an acorn squash rind on his head!
0
ReplyToggle Dropdown
Msg 77 of 1504 to B-17 Girl (Collinwood11)Collinwood11
In reply toRe: msg 76 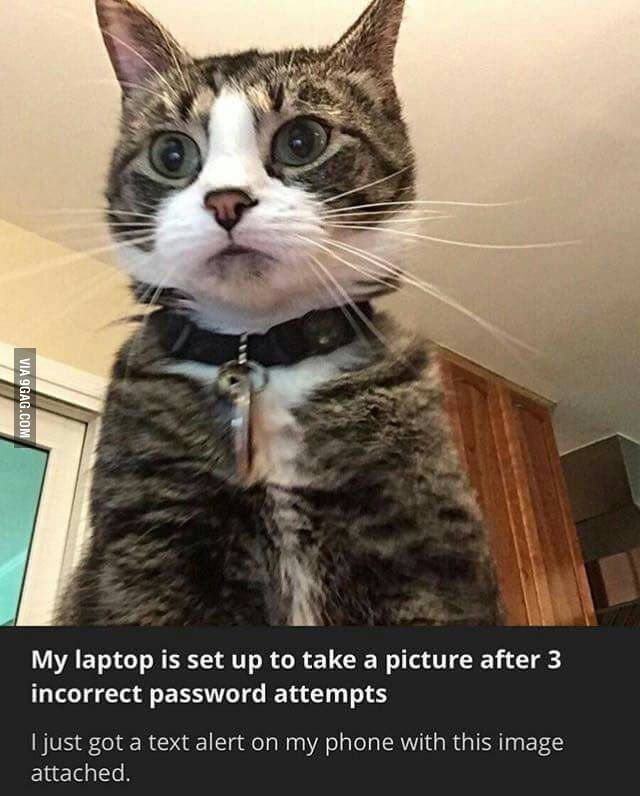