US and Overseas scientists have accused the Trump Administration of criminal obstruction of climate research, because the US government has not immediately stepped in to foot the bill for a replacement satellite.

President Trump has been accused of deliberately obstructing research on global warming after it emerged that a critically important technique for investigating sea-ice cover at the poles faces being blocked.

The row has erupted after a key polar satellite broke down a few days ago, leaving the US with only three ageing ones, each operating long past their shelf lives, to measure the Arctic’s dwindling ice cap. Scientists say there is no chance a new one can now be launched until 2023 or later. None of the current satellites will still be in operation then.

The crisis has been worsened because the US Congress this year insisted that a backup sea-ice probe had to be dismantled because it did not want to provide funds to keep it in storage. Congress is currently under the control of Republicans, who are antagonistic to climate science and the study of global warming.

“This is like throwing away the medical records of a sick patient,” said David Gallaher of the National Snow and Ice Data Center in Boulder, Colorado. “Our world is ailing and we have apparently decided to undermine, quite deliberately, the effectiveness of the records on which its recovery might be based. It is criminal.”

Such losses have serious consequences, say researchers. “Sea-ice data provided by satellites is essential for initiating climate models and validating them,” said Andrew Fleming of the British Antarctic Survey. “We will be very much the poorer without that information.”

Yes, the report really is “special”! 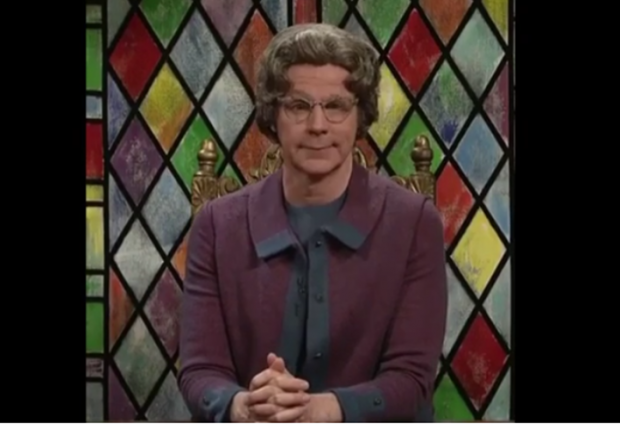 Last night, my inbox was filled with how the latest “National Climate Assessment” released by the administration counters what President Donald Trump and Environmental Protection Agency Administrator Scott Pruitt have said about the questionable assertions about man-made climate change and the policies that are derived from the ludicrous theories.

The following muck from The Washington Post is a great example of the elite media spinning a narrative that is demonstrably false in scientific terms but that fits their politically-motivated agenda:

To the surprise of some scientists, the White House did not seek to prevent the release of the government’s National Climate Assessment, which is mandated by law. The report affirms that climate change is driven almost entirely by human action, warns of a worst-case scenario where seas could rise as high as eight feet by the year 2100, and details climate-related damage across the United States that is already unfolding as a result of an average global temperature increase of 1.8 degrees Fahrenheit since 1900.

I will simply point out that the Climate Science Special Report, released by 13 federal agencies on Friday, is the product of Obama-era eco-activists who remain entrenched at those various agencies. No swamp has been harder to drain since Julius Caesar tried to get rid of the Pontine Marshes.

Furthermore, this news was released on Friday. Not only was it a Friday, but it was the day that President Trump was beginning a historic, 10-day trip to Asia.

How seriously, then, can we take this special report?

Not very, says Steven E. Koonin, undersecretary of energy for science during President Obama’s first term and is director of the Center for Urban Science and Progress at New York University.

In The Wall Street Journal, Koonin says the report “misleads by omission.”

The world’s response to climate changing under natural and human influences is best founded upon a complete portrayal of the science. The U.S. government’s Climate Science Special Report… does not provide that foundation. Instead, it reinforces alarm with incomplete information and highlights the need for more-rigorous review of climate assessments.

A team of some 30 authors chartered by the U.S. Global Change Research Program began work in spring 2016 on the report, “designed to be an authoritative assessment of the science of climate change.” An early draft was released for public comment in January and reviewed by the National Academies this spring. I, together with thousands of other scientists, had the opportunity to scrutinize and discuss the final draft when it was publicized in August by the New York Times . While much is right in the report, it is misleading in more than a few important places.

One notable example of alarm-raising is the description of sea-level rise, one of the greatest climate concerns. The report ominously notes that while global sea level rose an average 0.05 inch a year during most of the 20th century, it has risen at about twice that rate since 1993. But it fails to mention that the rate fluctuated by comparable amounts several times during the 20th century. The same research papers the report cites show that recent rates are statistically indistinguishable from peak rates earlier in the 20th century, when human influences on the climate were much smaller. The report thus misleads by omission.

The entire piece is well worth reading for those who are interested in climate science. Perhaps the most interesting portion is Koonin’s solutions, which may be applied to future reports:

1
ReplyToggle Dropdown
Msg 62 of 809 to ElDotardoElDotardo
In reply toRe: msg 59