You've been tasked to make your patch of cyber-space safe for the Zionists and stamp out any discussion of Palestine - or any discussion on the conduct of Spanish or Scottish natives.

RGoss is just another of your victims.

Hope you are safe 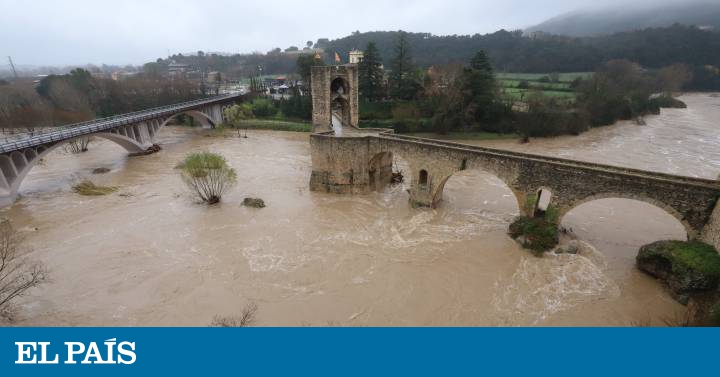 Effects of Storm Gloria in Spain: "Recovery will be very tough"

What is ironic is that we are in the middle of the Saint Sebastian-Saint Anthony cycle. Which means that, as most activities are outside, they have been canceled or postponed. Cold and wet outside, I took advantage of the inside time to tidy up things I had been putting off. Since the Word "gloria" has religius terms, I assumed this had something to with the festival not the weather. The first time I made the association was when a cousin in Thailand asked how I was doing in the horrible storm. It was only later that I made the connection.

However it seems to me that Catalunya got it worse then the Balearics, there was a Little flooding and a lot of wave damage in some coastal areas. The difference is that the land of much of Catalunya simply slopes into the med, whereas Mallorca is essentially a rock with sea cliffs and a Sharp drop off - not much geography to encourage waves. So the shore damage was to structures built close to the sea in areas with easy Access such as bays and harbors.

I see this as an example of climate change on a persnal level. The center of my house is essentially  a three story tower with 12 Windows, 3 to a side. Since living here I have noticed that all severe weather hits on the north side of the tower, so about 15 years ago, I have installed storm Windows from October to April on the North side. My bedroom has Access to the stairs and the rest of the house via a bridge inside the tower on the south side. So imagine my surprise at finding the tile floor of that bridge wet because the serious weather pattern had shifted to the south side - yesterday bought three more storm Windows. I had noticed but ignored this shift but remembed when flying in last week that the flight pattern had changed. Usually planes land flying across the island and take off over the sea, but last time there had been a 180º shift that was rare. I gave up my pilot´s license several years ago, but after this past storm I got some great pictures of cloud formations, of a kind I would not like to fly in.

0
ReplyToggle Dropdown
Msg 112 of 208 to BerryStephBerrySteph
In reply toRe: msg 108

A perfectly apt response that could only come from you.

I trust Goss agrees with your assessment of the disagreement.

(In case Goss replies - that was sarcasm).

All I asked if you were safe!