France   The U.K and Europe

So Traore in France, another black man asphyxiated by police.

Where have all the flowers gone, long time passing.

When will they ever learn.

*sorry, just a bit too early for my time a wannabe hippie.

0
ReplyToggle Dropdown
Msg 49 of 69 to CzoeMCCzoeMC
In reply toRe: msg 48

It cost him the 2017 presidency, and after being found guilty, Francois Fillon plans to fight a court ruling that he misused taxpayers funds.

0
ReplyToggle Dropdown
Msg 51 of 69 to MEDDLYMEDDLY
In reply toRe: msg 50

The widow of a French bus driver who was beaten to death after he asked four passengers to wear face masks aboard his vehicle calls for "exemplary punishment" for her husband's killers.

Whatever made you say this? Please tell

It was the French Resistance (Maquis) who truly Liberated France.

De Gaulle was an A-hole but he was the only French military figure available for the Allies (Darlan was killed) to march into France. His arrogance and hatred for the British was well known. He later showed disdain for Americans.

Let's not forget how he sacrificed his own French countrymen in Algeria. It was all about himself, screw the friends, allies, etc.

0
ReplyToggle Dropdown
Msg 55 of 69 to MEDDLYMEDDLY
In reply toRe: msg 54

His arrogance and hatred for the British was well known. He later showed disdain for Americans.

A French man being arrogant and disdainful of English and Americans?

0
ReplyToggle Dropdown
Msg 57 of 69 to MEDDLYMEDDLY
In reply toRe: msg 56 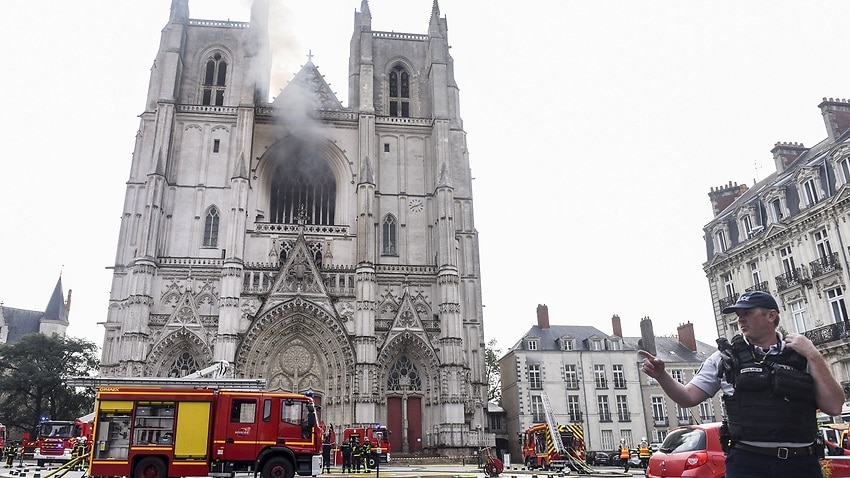 French firefighters have saved a gothic cathedral in Nantes.