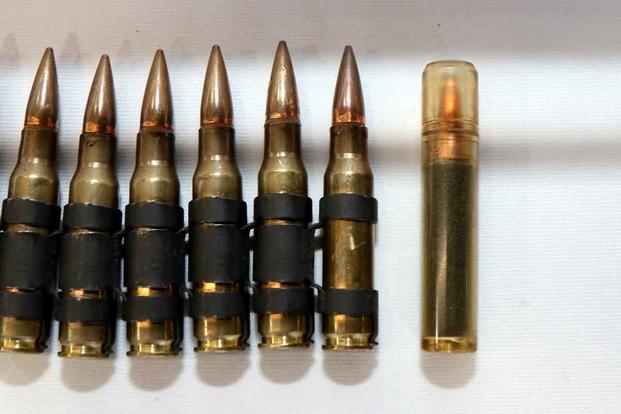 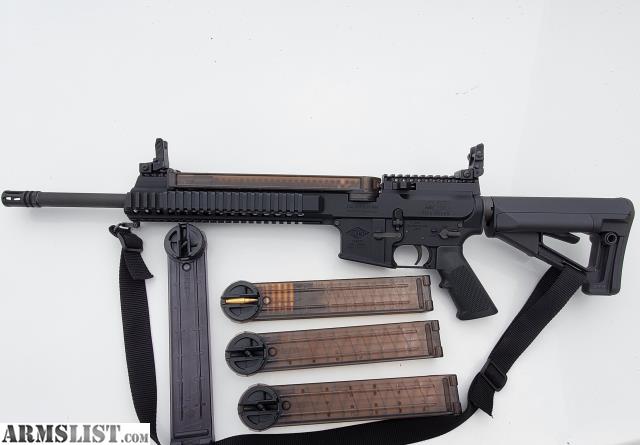 Yeah no I'm not talking about them dying to early super hot m855a1 and suboptimal magazine followers. I'm talking about them beating themselves to death with current production m855a1 which has had the peak pressures backed off from Early batches.

As far as "unproven allegations" go, HK can't cheat physics and physics plus the inviolable nature of Technical Data packages which are practically carved in stone by the finger of god himself as far as your hopes of changing them is the problem here.

Hiding behind the whole HK will lawfare anyone who dares publicly give anything but a glowing review to their shit doesn't change the fact that the HK 416 is going to have unacceptably high breakage rates with ANY newer than 2008 american ammo for a very specific reason. It's not even hk's fault totally, m855a1 etc isn't what the gun was optimized to shoot at the time of the contract win.

I hate that people try to hide behind HK being extremely poor sports about any criticism ESPECIALLY if it's justified!

We should be holding our defense industrial base to a higher standard rather than accepting mediocrity as our lot in life.

Edit to add: and no m4's don't have the same trouble with the ammo types (PLURAL) the 416 does, nor would you expect them to since the two guns do not have the same operating system.

Muh nuh uh is my second least favorite argument when it comes to anything having to do with HK.

Finally, the m4 and m4a1 also suffer from the whole inviolate tdp situation AND the whole the Marines kill every PIP/M4A2 initiative in the crib so they don't have to explain to congress why they're paying 4x as much per gun as the army or etc is now paying when the army gun is both better and cheaper. But even with that millstone around it's neck fact is m4a1's Don't have anywhere near the HK breakage rates with the same ammo.

My take on DM151 vs Lapua AP485 that buffman tested is that Chinese armor is above the minimum level 4 threshold and DM151 would not be succeesfull against  it as well.

Older nato AP seemed to focus on penetrating steel plate , and particulary some NATO 3.5mm steel target , prior to rise of jihadi mobile with improvised armor what were these mild steel targets supposed to represent?2 sheets of 50's car body panel? 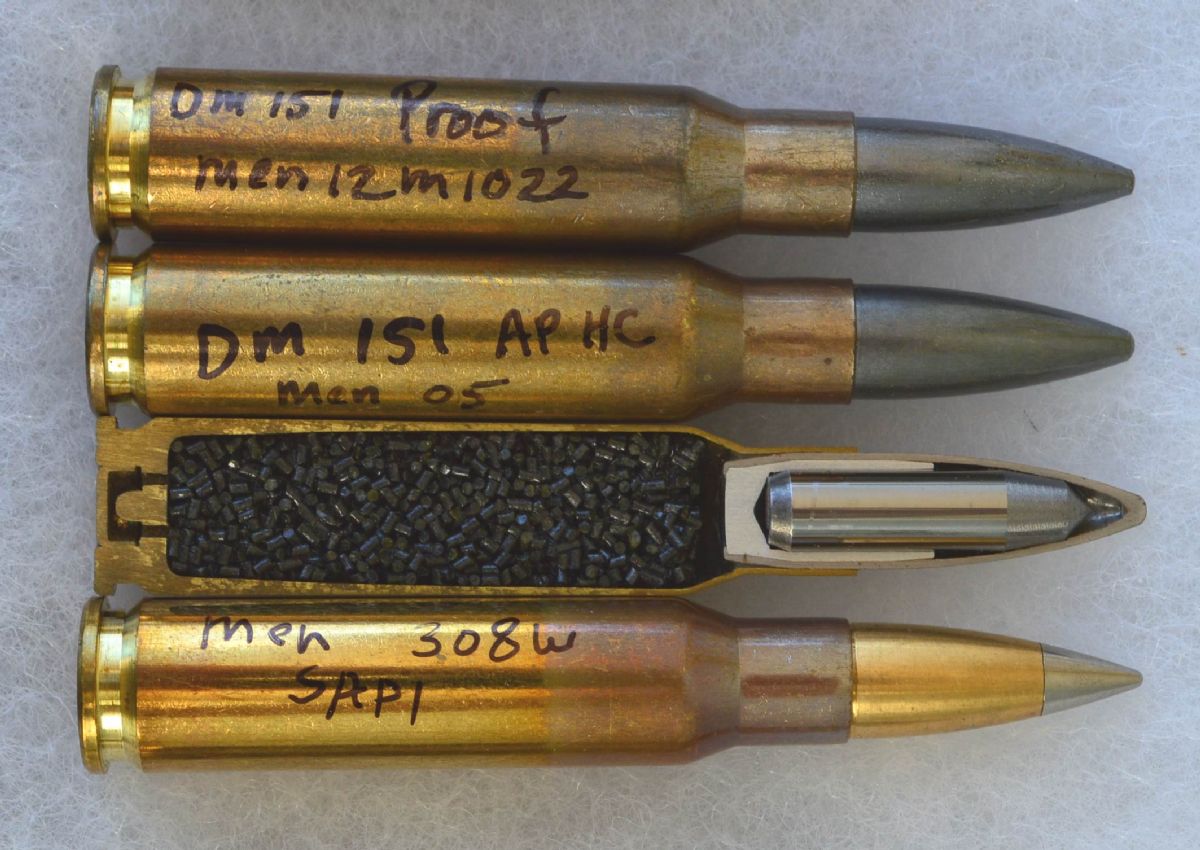 AP485 seems to use a tungsten (metal) core, DM151 is using tungsten carbide core, that could make a huge difference against ceramic...

With a slight length reduction you could easily manage a 6mm CT for P90 mags, and with 40 rounds.

Also the shrike by ares seems a good IAR...mags AND belt feed

AP485 seems to use a tungsten (metal) core, DM151 is using tungsten carbide core, that could make a huge difference against ceramic

From what little I can find online (Nammo amunition handbook, some forum discussion) AP485 uses a Tungsten Carbide core. 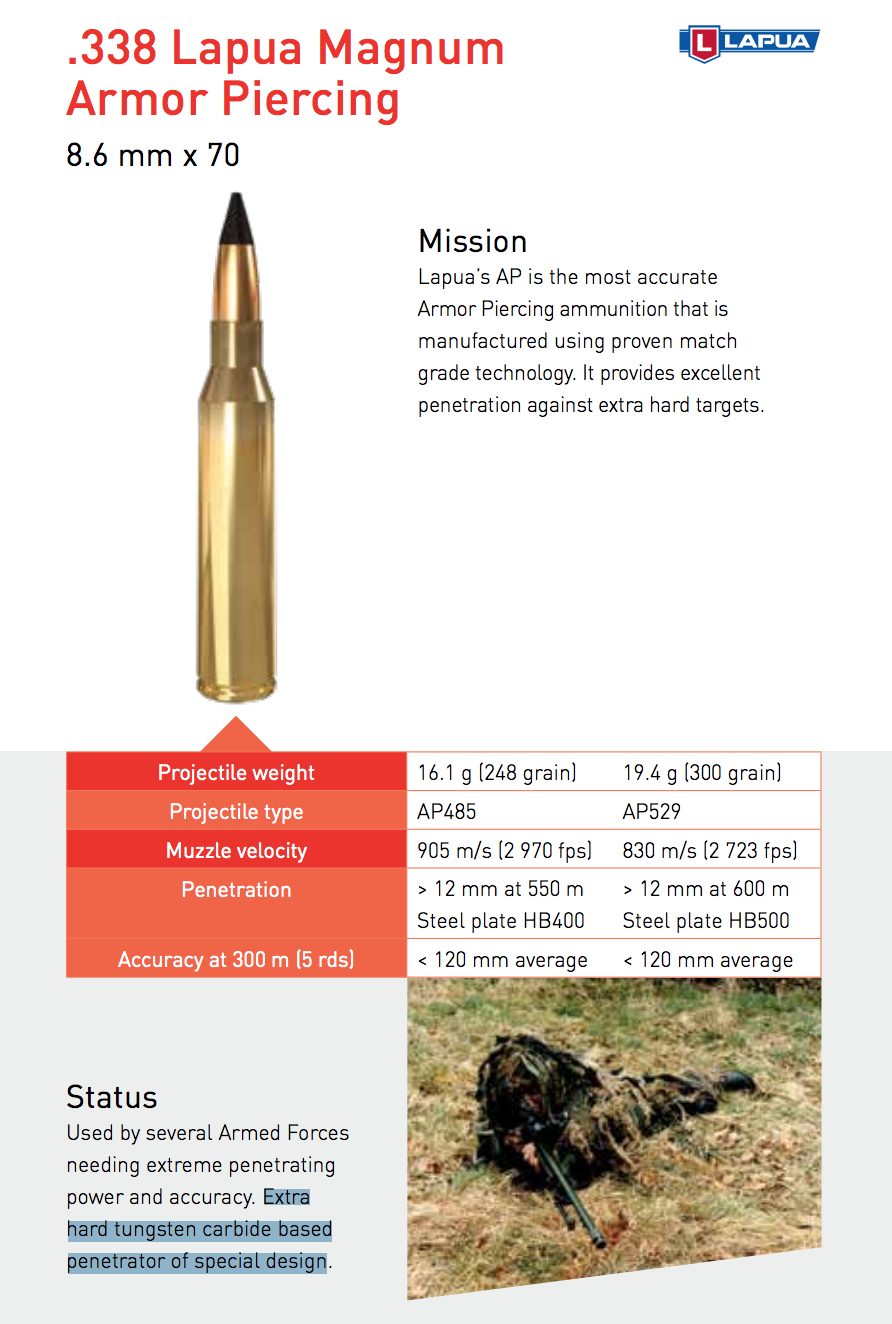 I was also under the general impression that pretty much all 'Tungsten' products, whether they be bullet cores or wedding rings or Rado watches or drill bits, were made out of Tungsten Carbide? WC being both harder and easier to sinter into parts then pure tungsten.