[SIG 6.8 ammo] will create the most logistical issues due to the loss of round count per standard pallet!

???  SIG base diameter is the same as TV.  Both are smaller than Textron CT case diameter.

A slight increqse over 762 nato

As I recall, the Army wants the basic load to be about the same as currently:  ~210 rounds.

With NGSW 20-rd magazines, I reckon the loadout would have to look something like this. 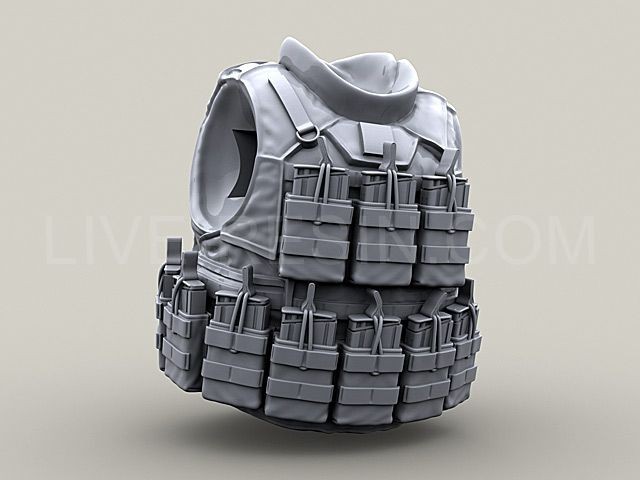 True Velocity Composite case proposed for the NGSW program was able to withstand bore obstruction overpressure without any damage.

This is very interesting. So the TV Neckless is also 'high pressure capable' like SIG and Textron?

And I guess they just chose not to pursue maximum pressure in order to allow for use in legacy weapons?

210rnds sounds like a lot of weight.... im guessing the rounds are 17grams and the gun is nearly 4kg?

Another drawback of big rounds is the weight of magazines.

Not to mention sigs heavier steel ammo....presumably its as heavy as 762nato

Sig's case is based off a larger CASE than 7.62 NATO Stan. It's the entire premise behind them claiming 20% weight savings over an "equivalent brass cased round" when their loaded cartridge weight isn't anywhere near 20% less than a loaded round of m80a1.

There's some questions as to just how high you could or would want to push TV neckless pressure wise (it would likely fail at 100k psi but should run at 80k maybe even 85) but yes they can run much higher pressures than they're currently running without a problem.

I personally think they may have only ran their backwards compatible stuff up to 65k because anything more than that is going to do bad things to 417's sr25's and mk48's. The 240 OTOH ... you could push the pressures much higher than 65k and not get anywhere near the danger zone for it's locking system which should be good for almost 100k at reduced service life.

I think TV and GD made a bad bet in a bid to be backwards compatible when they should have put together something that really showed everything the TV case was capable of.