Firing a 80000 psi cartridge from a 13 inch barrel will doubtless be impressive.

And updated specs for the SPEAR:

If IVAS finally delivers even part of what has been announced, it will be more than transformative.

The most important aspect of IVAS, in my opinion, would be IVAS as a front-end and interface to and with BMS.

Indeed in this half decade so many transformative systems are going to feedback between them that it seems to me more and more difficult to make even the simplest predictions except one: war in the broadest sense of the term (including new forms of war) is going to be more and more disconnected of what we think combat is

SIG are selling commercial versions of their NGSW candidate.

According to the article, the Army has not yet made a decision.

SIG may simply be trying to profit from commercial sales while waiting for the Army to select a winner.

Its smart way to lobby the army.

In the past many projects US military paid for and never completed , found a second lease of life on the market be it civilian or military only to have US military circle back a couple of years later and buying a modification of an off the shelf system.

Well, both civilian cartridge and rifle have need a full development cycle. SiG decided to develop them independently of final NGSW winner, because they could not it a number of months ago

Havent seen this one before , would be surprised if the plastic case needed to be from 3 parts 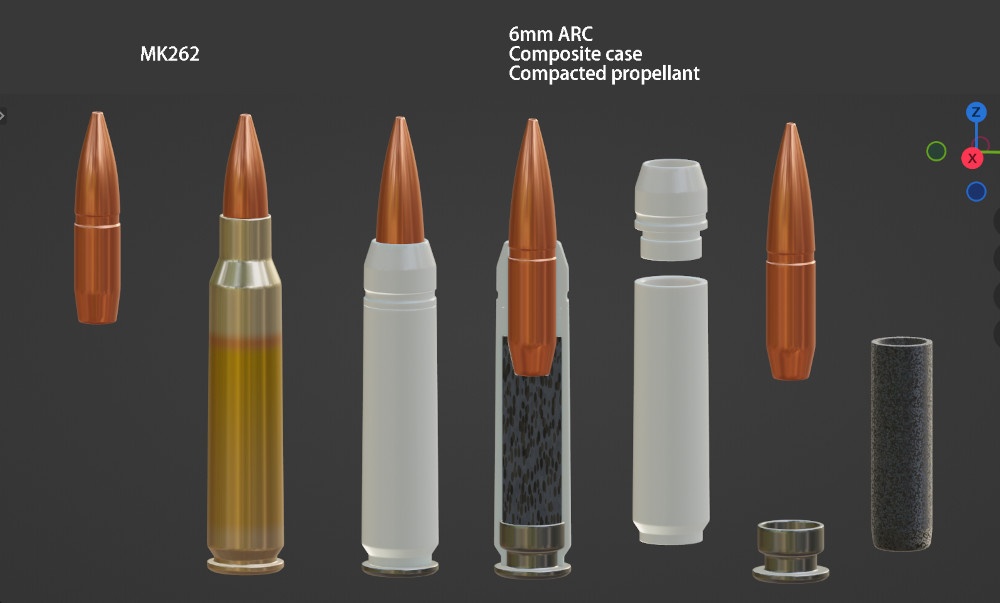 The CT-style full loop belt grooves (allows the use of polymer links), on the TV-style case warrants serious investigation as a possibility for True Velocity, I wonder if they're aware of the concept to begin with

Why is the right cartridge labeled "6mm ARC" when the bullet is of the same diameter as that of the 5.56mm Mk262?