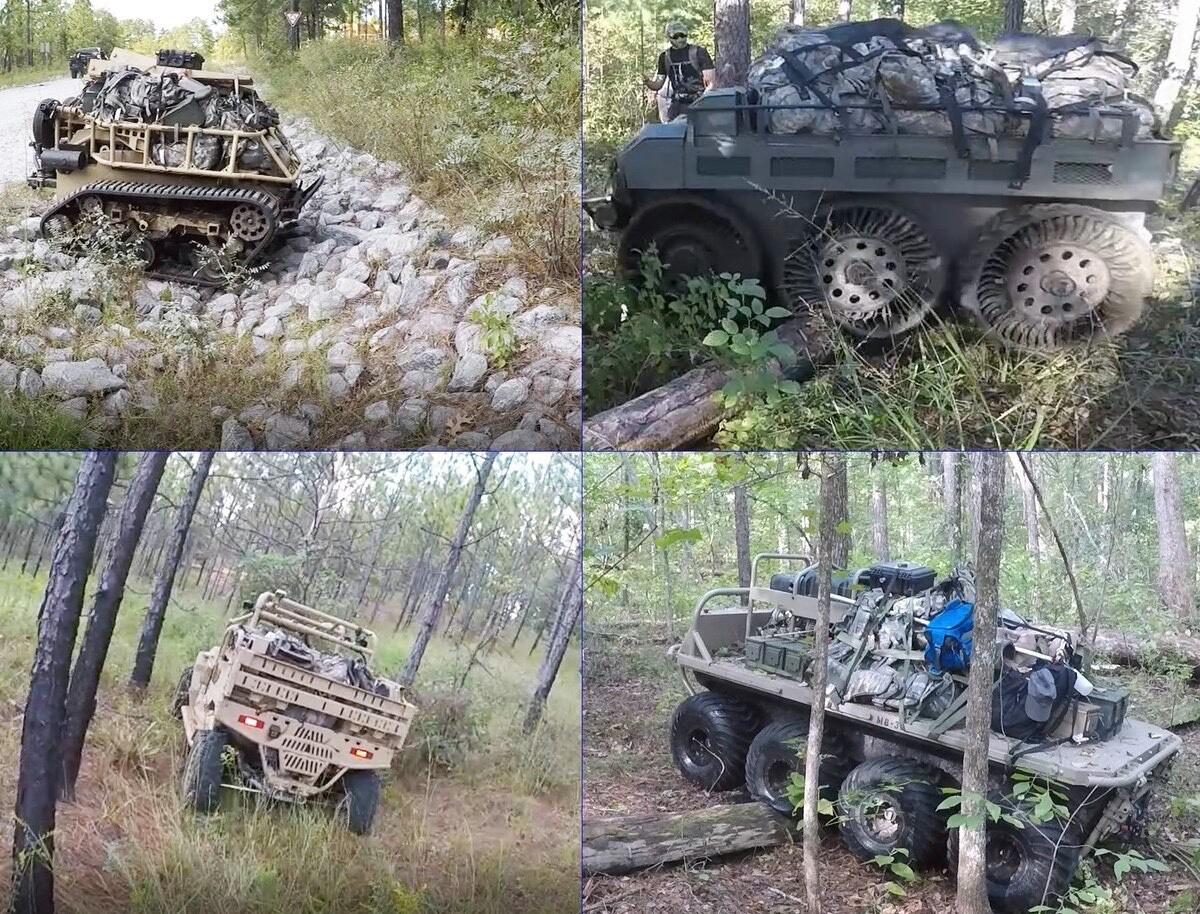 The Army plans to award a contract this month to produce hundreds of robotic mules that will help light infantry units carry gear...

The six-month assessment included 80 systems from four vendors that were evaluated during home-station training and rotations to the Joint Readiness Training Center at Fort Polk, Louisiana.

Soldiers successfully tested the performance of the robotic vehicles to ensure they could at least carry 1,000 pounds, operate over 60 miles in a three-day period, and generate a kilowatt when moving and 3 kilowatts when stationary to allow equipment and batteries to charge.

The S-MET will begin to be fielded in the second quarter of the next fiscal year, with a total of 624 vehicles in Soldiers’ hands by the middle of fiscal 2024, according to the U.S. Army Acquisition Support Center.

If adopted and successful, this could revolutionize dismounted infantry operations; not only does it reduce solider burden, but it also allows an infantry squad to carry far more / different weapons then previously practical. We may even see dedicated armed 'mules' traveling with infantry as mobile fire support. 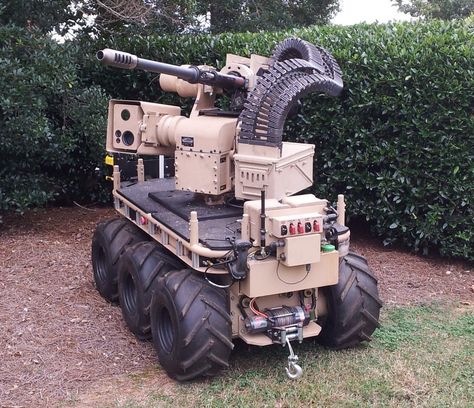 A general review of the problem is here: https://uklandpower.com/2017/12/13/reducing-the-infantrymans-load/

One suggestion for dealing with the load is to take it off the soldiers and carry it on a vehicle to accompany the patrol. The vehicle may be autonomous, able to follow the patrol automatically for most of the time. The vehicle could also provide battery-charging facilities for the soldiers’ equipment, have hot drinks on tap, and even be equipped to act as a mine-clearance vehicle, bulldozer or trench digger to provide rapid protection. Since it would only have to travel at marching speed, it need not have a powerful engine: electric drive would be preferred because of its silence. This is technically feasible, but there is a major drawback – no current vehicle can match the ability of a human to traverse rough terrain.

The 8×8 vehicle shown below can carry a section’s load, but it is obvious that if it is faced with a vertical obstacle little more than half a metre high, something a human can step over, it will be defeated. So it cannot go everywhere the troops can. This problem might be reduced to some extent by using a tracked vehicle, as shown below, although fording rivers may be a problem. Essentially, it will not be entirely solved by any conventional vehicle.

0
ReplyToggle Dropdown
Msg 3 of 7 to gatnerdgatnerd
In reply toRe: msg 1

Interesting times that we live in.

0
ReplyToggle Dropdown
Msg 4 of 7 to autogunautogun
In reply toRe: msg 2

These mules are a good idea, and I expect to see increasingly more sophisticated ones get fielded. However, they do not "cure" the load problems for the reasons others have pointed out: They will not be able to follow the squad everywhere.

However, with autonomous systems, there are several promising implications. One, "sustainment" loads may now be carried on the mule rather than on the soldier. Two, specialized and "might need" equipment (e.g., metal detector) can ride on the mule. Three, in some circumstances the mule can be programmed to autonomously drive to different waypoints, meaning it does not even need to be attached to the squad necessarily, but can move to a grid position and wait to resupply them along the way. Four, sufficiently quick and sophisticated mules (e.g., robodogs) can be used to resupply isolated small units in dangerous or hazardous terrain. If the mule is lost, it's not a big deal, while risking no human life. This I expect to be a critical capability in megacity environments, and I would not be shocked to see this become the breakout combat role for robodogs.

0
ReplyToggle Dropdown
Msg 5 of 7 to QuintusOQuintusO
In reply toRe: msg 4

I still lean towards biological mules for transport in terrain that can sustain them. If all else fails, you'll have emergency rations.

0
ReplyToggle Dropdown
Msg 6 of 7 to FarmplinkerFarmplinker
In reply toRe: msg 5

I still lean towards biological mules for transport in terrain that can sustain them. If all else fails, you'll have emergency rations.

I half-jokingly pushed the concept of the Advanced Warfighting Mule here some time ago, mostly to troll but not entirely.  At least some of the complaints with that idea were valid.  I'm leaning towards mountain bikes these days (electric or non?  I'm agnostic, so make me a believer with testing), but those are neither expensive nor sexy, so they were probably never a serious contender.  The fact that they can absolutely go everywhere an infantryman can go seemed important to me, but not to everyone else apparently.  My priorities may be out of alignment.

I'm wondering if what we really want are dragoons, and not actual infantry.  Perhaps the first stage of fixing our problems is to properly phrase our problems.

0
ReplyToggle Dropdown
Msg 7 of 7 to MustrakrakisMustrakrakis
In reply toRe: msg 6

I read about SF types using electric bikes at Strategy Page a while back. If we're bringing back 300+ meter rifles because we think we need them, why not bicycle troops?