What is the US Army up to?

I think the people who keep talking about PDWs need to be able to answer questions like that.

0
ReplyToggle Dropdown
Msg 92 of 102 to FarmplinkerFarmplinker
In reply toRe: msg 90

Looks pretty good to me.  Could use a higher capacity magazine, though.

0
ReplyToggle Dropdown
Msg 93 of 102 to FarmplinkerFarmplinker
In reply toRe: msg 90

Well there was the MC-51K 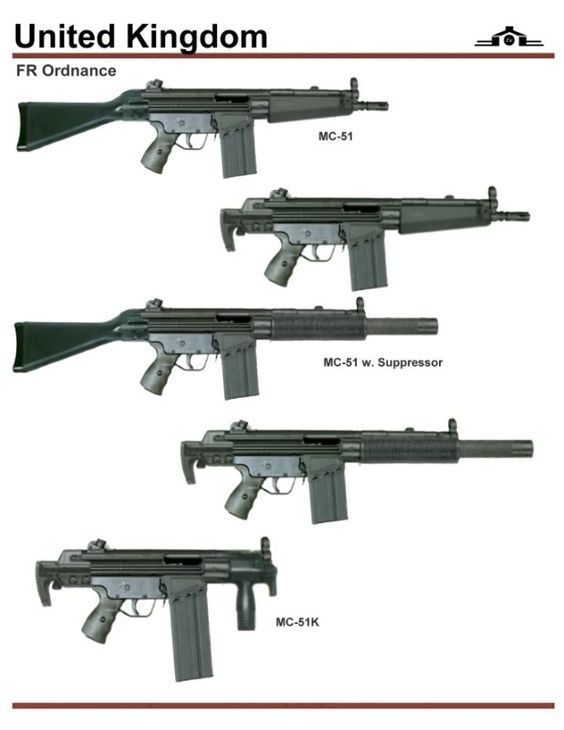 0
ReplyToggle Dropdown
Msg 94 of 102 to QuintusOQuintusO
In reply toRe: msg 91

Why not? Because I doubt the average person who needs one will be required to practice with one enough. Also, the tendency is to go lighter for a PDW, which hurts 7.62 NATO. I am firmly in the M4 with red dot or low powered scope camp.

0
ReplyToggle Dropdown
Msg 95 of 102 to stancriststancrist
In reply toRe: msg 92

I wish I could have one of those!

Unfortunately, I am afraid most people using one won't practice enough to be as good as the guy in the video.

0
ReplyToggle Dropdown
Msg 96 of 102 to RovingPedantRovingPedant
In reply toRe: msg 84

My take is that an M4 is a decent enough PDW if you have a large number of them in service with an established logistics chain.

It's also far easier to shoot well than a more abbreviated weapon. As noted previously, PDWs are really only for some vehicle crews. Everybody else can get by with rifles, and pistols if green on blue is an issue.

0
ReplyToggle Dropdown
Msg 97 of 102 to FarmplinkerFarmplinker
In reply toRe: msg 94

Practice enough to do what? Why do they need to be so light? The cooks aren't hauling heavy loads.

I'm not seriously suggesting 7.62 PDWs here, my point is everyone is arguing about this with no established framework.

This is an important point that seems to be getting missed a lot.

Whatever gun you assign to this sort of role is going to get checked out twice a year for familiarization and quals most years. In the run up to a deployment they may get between 2 & 6 extra chances to practice on top of their training to do their actual job for the deployment.

Anyone whose spent any time teaching people to shoot or shooting with people who shoot very infrequently has seen that you can very quickly get someone up to the point of hitting torso sized targets at between 50 & 100 yards with a 5.56 carbine In a magazine or two.

Whereas it can take way more ammo than many people Even bring per shooting session to get someone on paper at 25 yards with smaller or weirder stuff.

And this is the Achilles heel in most of the ideas being batted around here. The vast majority of actual users who will depend on these things just aren't going to have the time, opportunity, and or desire to put down 500-1000 rounds of familiarization fire and practice right before they might have to fight for their life with whatever they get handed.

Put bluntly, this sort of people are an almost ideal match for 5.56 where from zero to 300 yards as long as the sites are pointed at somewhere on their targets body the bullets have a good chance of hitting. Slap a red dot holosight or lpvo on there and there's even a good chance they can hit fleeting targets and briefly exposed partial silhouettes.

The other things people are suggesting are pretty uniformly nowhere near as forgiving and or require "good hits" to have a decent statistical likelihood of them doing much.

Almost everyone otoh, can half ass it and still get hits with an m4 that has some sort of optic.

2
ReplyToggle Dropdown
Msg 99 of 102 to FarmplinkerFarmplinker
In reply toRe: msg 95

I wish I could have one of those!

Unfortunately, I am afraid most people using one won't practice enough to be as good as the guy in the video.

I totally agree, with both points.  It does look very cool, though.

0
ReplyToggle Dropdown
Msg 100 of 102 to QuintusOQuintusO
In reply toRe: msg 97

Totally agree. Personally, I see new PDW talk driven by 1. M4 sucks BS, 2. 5.56 sucks BS, 3. You just can't issue more suppressors ideology, and 4. The US Army basically got it right with the Light Rifle concept before WW2, and anything that old has to be wrong.