So far you've managed to explain away 165 grams, only 9 pounds 10 ounces to go lmao.

True but I have not dissected the gun so to speak. I just pointed out some functions the MG5 has and the MG3 has not. The MG3 is a wartime design. With strong focus on ease of production, reliability and roughness. Everything is rather simple and there are no bells and wistles. The gun is basically as optimised as it can get. The technical successor MG45 is further simplyfied by using a delayed instead of a locked bolt and a fixed barrel instead of a moving one. This reduces the number of parts needed and allows for further simplifications. At this point you have reached a technical plateau. If you want to save further weight you have to accept drawbacks.
Its allready difficult to design a gun that has the same capabilities and features but is lighter than the MG3. Designing a gun with more features that is lighter will be very difficult. There is a reason why all successfull GPMGs are in the 10-12 kg range.

Also Frankly, if the mod's specs were that stupid bad and asinine SHAME ON HK for taking their money to give them things they damn well knew might meet the spec but in no way were up to the actual job at hand!

Welcome to reality.
Of course they take the money. HK is a publicly trades corporation. A significant part of the stocks is in the posession of professional investors.
Seriously i have a hard time thinking of any company who would pass on a profitable deal because they don't like the resulting product.

I'm gonna be honest here, I don't think you've thought through your argument at all because if we are to take you on your word as to how all this came to pass it actually makes the bundeswehr HK and the German MOD all look substantially worse not better.

My intention is not to make anyone look better. Just to put things in the correct perspective.
The Bundeswehr and the MoD are two different entities BTW. The procedure is roughly: the Bundeswehr eg. military needs a new gun and asks the MoD, the MoD forms a commitee, with only a few soldiers and technical experts most members are politicians, the commitee comes up with specifications and requirement, this is then passed to the BAAIN (the Branch of the Bundeswehr who takes care of technical stuff and runs the technical and research divisions), the BAAIN then conducts the testing and evaluation according to the specs the MoD came up with, once done they pass these back to the MoD, who concider this a mere recomandation and make a decision as they see fit.
And yes I do think this system is bad. Very bad actually.

At the end of the day you've probably convinced me and multiple other people here that hk just isn't the company it used to be and ruthlessly took advantage of an incompetent and moronic mod in order to deliver an unsatisfactory product they knew the German government had to put into service because they functionally have no other recourse.

Yes the German MoD, actually most governmental agencies, are notoriously bad at formulating good and proof contracts. This is frequently exploited. Not only by HK. Allthough I personally would do the same. IMHO if you are stupid and refuse to act acordingly you deserve to be taken advantage off.
The MoD would have other options. Tonns of options actually. But since all decisions are made for political reasons the number of viable options quickly shrinks to one or two.
Nobody would have stopped the MoD to pay a company to set up a production line for MG3s. This proposal was actually made. The MoD decided against it.
The findings and suggestions of the BAAIN are frequently brushed aside too.
The specs the MoD comes up with usually bear little resembelance of the requirements and needs the military has.

Its also not the case the all people in the industry are happy. Usually the people actually involved in the project want to make a good job and deliver a good product. Just as with the Bundeswehr, its the higher leadership that doesn't care. But this is not special for the defense industry. Its more or less the same everywhere.

0
ReplyToggle Dropdown
Msg 274 of 348 to roguetechieroguetechie
In reply toRe: msg 270

Coming from the land of the M14, LCS, and Zummwalt, might want to tone it down some, bro. The Good Idea Fairy is an International phenomenon, unfortunately.

0
ReplyToggle Dropdown
Msg 275 of 348 to schnuersischnuersi
In reply toRe: msg 265

The MG5 was meant to be a sustained fire gun as a replacement for the MG3 from all physical evidence. That it instead is being treated as a lighter duty machine gun is due to poor casting of the receivers or other design flaws. By the level of weight put into the construction and the design it was meant to be a standard GPMG. With a quick change barrel system and mounting points for tripods or vehicular mounts.  To compare, something like the KAC AMG is distinctly not designed for sustained fire and is said to be such by the manufacturer and contains no real means of mounting to tripods or vehicles for it. It is also built with far lighter materials because there was never the intention of using it for anything other than burst fire in the assault phase. This goes for several of the other mentioned LMGs.

I don't think that we could determine just yet how far the Danes intend to take their new M60s here. They call both the M60E6 and the MG3 (M/62 in Danish service) LMGs with no specific distinction made between them in category. While right now they're using mostly on foot due to changing their doctrine as a result of experience in the Middle East, it is quite likely that they're going to start phasing out the very old M/62s they have in service and putting  the M60s in place. I can't speak as to all of the upgrades that US Ordnance made to the M60, so its ability to better serve in a mounted role compared to the old M60 has to be seen in actual use or not depending on Danish doctrine.

The G36 was a very good rifle, I agree. And as a product of its procurement was unfairly maligned. I do not believe the same about the MG5/HK121. Even going by the trials themselves there was a drop in price associated with its failure to stand up to sustained fire or maintain accuracy after barrel changes. And beyond that, to me does not represent a proper modern LMG for what limitations it has vs what it brings to the table.

0
ReplyToggle Dropdown
Msg 276 of 348 to schnuersischnuersi
In reply toRe: msg 272

IMHO the question is if a LMG is really needed in mech inf squads if a SAW is available.

I don't know what you mean.  The Squad Automatic Weapon can be a Light Machine Gun.

Another question is if the advantages of a purpose designed LMG for infantry squads outweight the disadvatages of a special piece of equipment used in limited numbers.

Depending how someone answers these question you end up with different needs.

Of course.  There are no right or wrong answers. 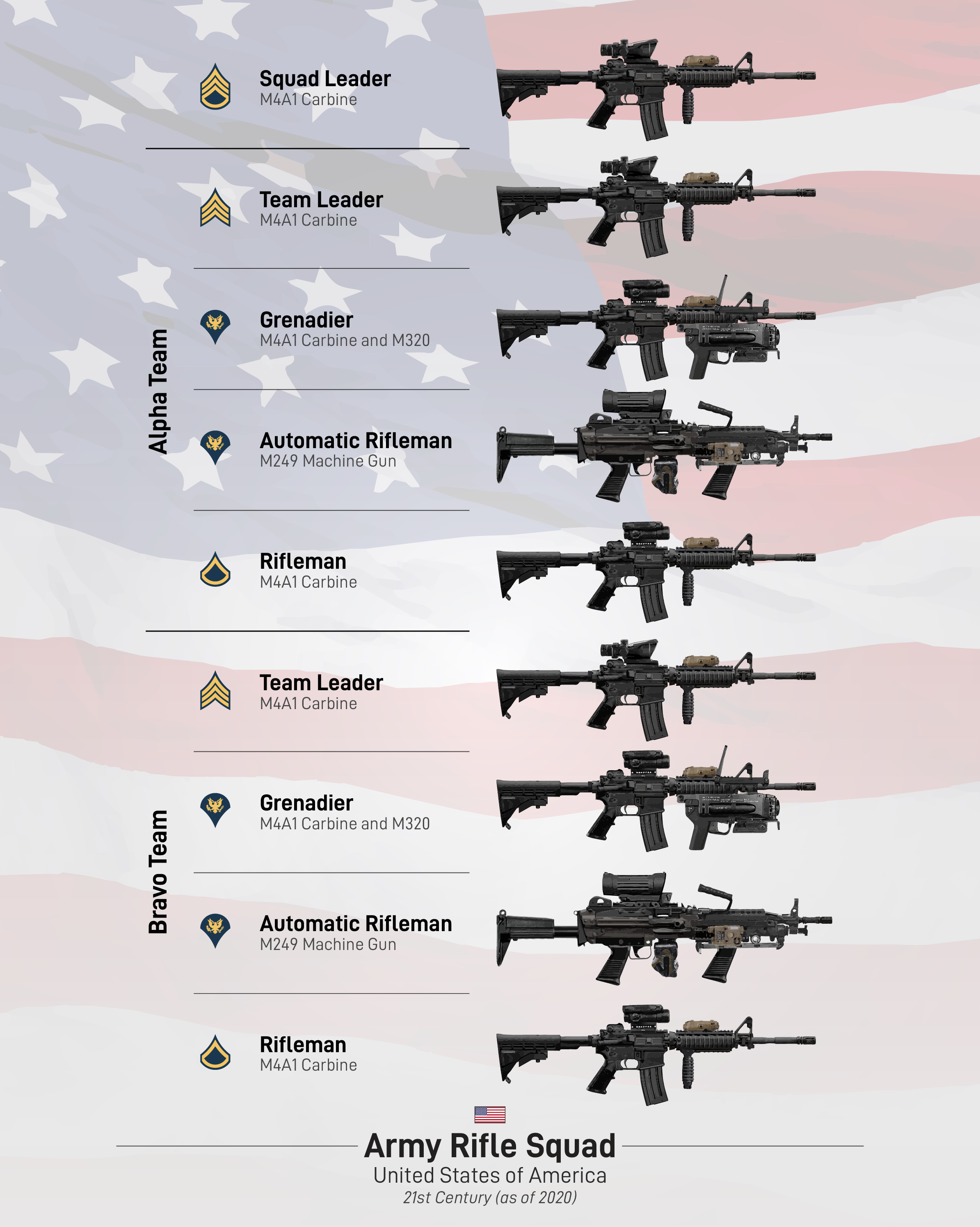 0
ReplyToggle Dropdown
Msg 277 of 348 to stancriststancrist
In reply toRe: msg 276

That Danish squad is super hard in the yard.

But probably a very low ammunition allocation... only 6 guys, so who is carrying the ammo to feed the 2x 7.62 mm LMG (probably inside the vehicle?)

The MG5 was meant to be a sustained fire gun as a replacement for the MG3 from all physical evidence.

What physical evidence? The fact that it was not tested or specified that the gun had to be able to use the same mount interfaces as the MG3 and thus fit onto the same mounts?

That it instead is being treated as a lighter duty machine gun is due to poor casting of the receivers or other design flaws.

IF the receiver really is a casted piece, which I doubt, i would agree: this is such a massive design flaw someone should get tarred and feathered.

As far as I can tell from the information i have the MG5 was designed around the use a LMG for dismounted infantry and GPMG use as an afterthought. More or less the same way the M60 concept was. As a result both guns make very poor GPMGs.

it is quite likely that they're going to start phasing out the very old M/62s they have in service and putting the M60s in place.

I disagree. It is possible but unlikely IMHO.

to me does not represent a proper modern LMG for what limitations it has vs what it brings to the table.

The sad thing is the decision makers disagree on this and procured it anyways.
As you said several of the shortcomings allready have been obvious during initial testing. Didn't matter. No back to the drawing board. No further developement.
Seriously you can not blame the industry for delivering a piece of trash is they get paid anyways. Nobody would put real effort in if he knew that it doesn't matter.

0
ReplyToggle Dropdown
Msg 280 of 348 to stancriststancrist
In reply toRe: msg 276

I don't know what you mean. The Squad Automatic Weapon can be a Light Machine Gun.

I meant LMG in the traditional sense as a full caliber weapon. While the SAW is a SCHV weapon.
If you have an IFV or armed APC close by the extra range and punch of 7,62 over 5,56 is most likely less necessary.

0
ReplyToggle Dropdown
Msg 281 of 348 to schnuersischnuersi
In reply toRe: msg 280

I meant LMG in the traditional sense as a full caliber weapon. While the SAW is a SCHV weapon.

If you have an IFV or armed APC close by the extra range and punch of 7,62 over 5,56 is most likely less necessary.

Perhaps.  However, it's clear that many armies think it's better for the squad to have the extra punch of 7.62mm. 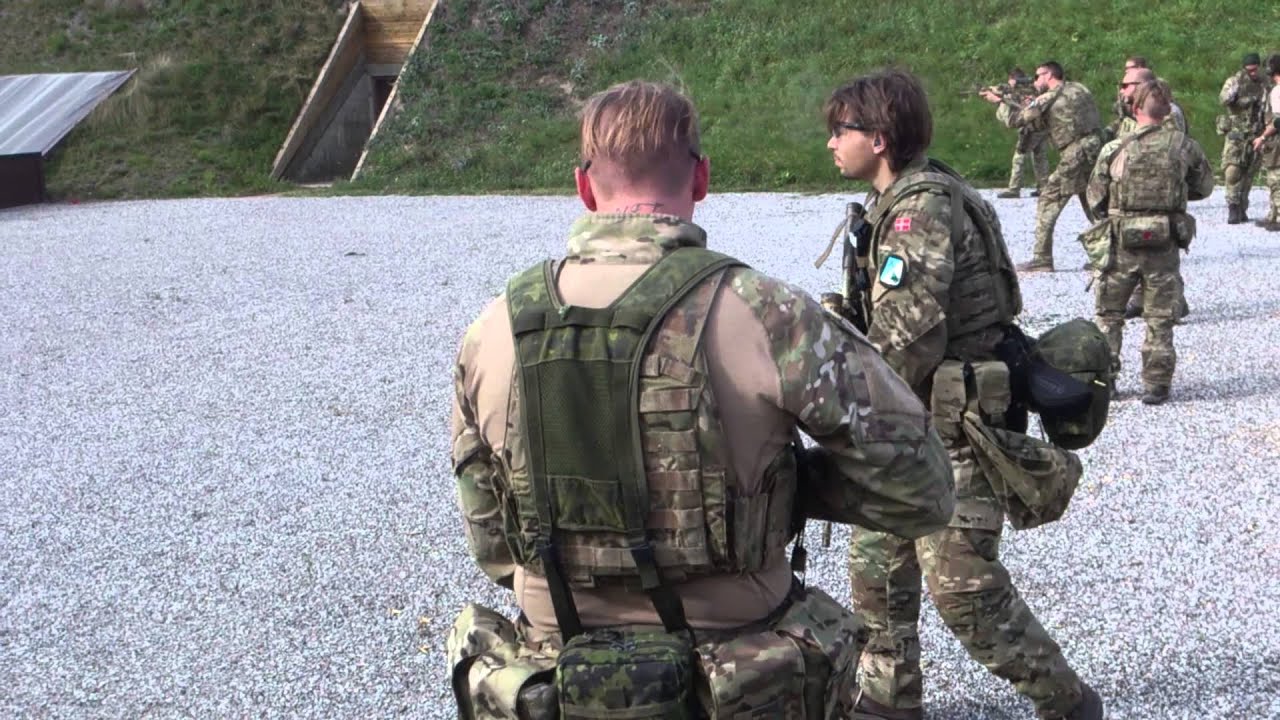 Quick draw m60e6 on shooting range in the dainsh army !