If one would develop a rifle cartridge for 3000+m use and high first round hit probabilty at 2500+m . (Courrent ELR records(first and 3 consecutive hits at 91x91cm -36x36'' target)  are at cca 2200m  with sub 10kg rifle ,fairly conventional cartridges ,lathe turned bullets and no electronic fire controls.)

30 years ago Steyr made some really innovative saboted cartridges and rifles for it mostly with the goal of penetrating armor. Could similar flechettes be accurate enough to use at longer ranges? 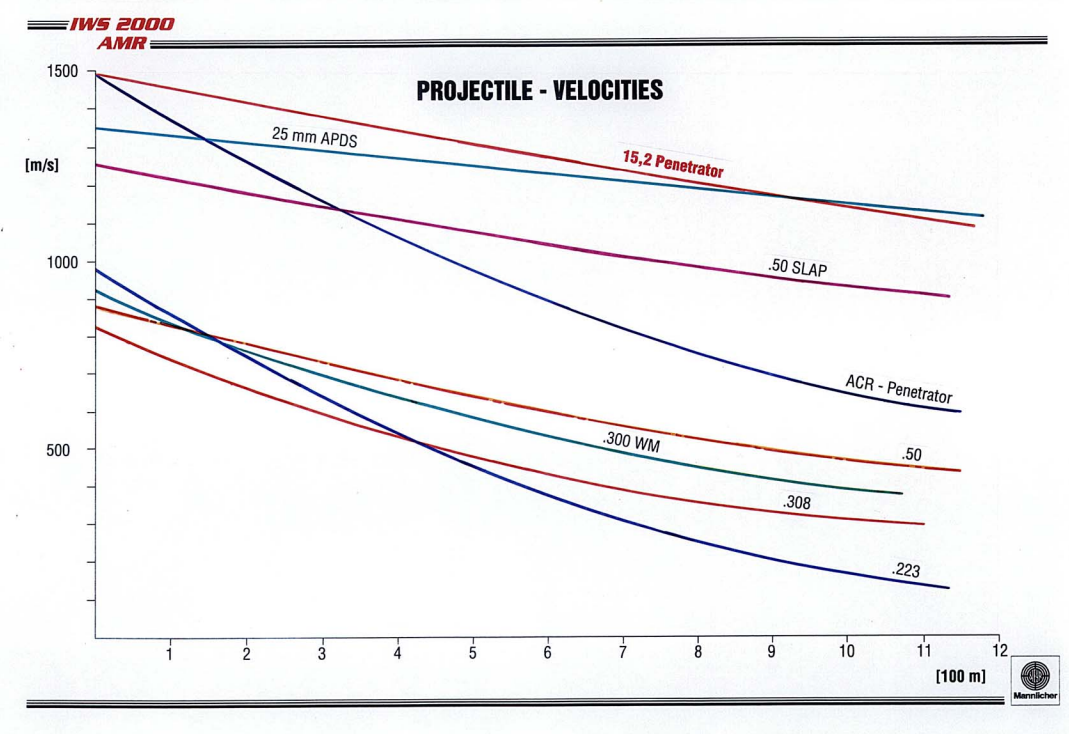 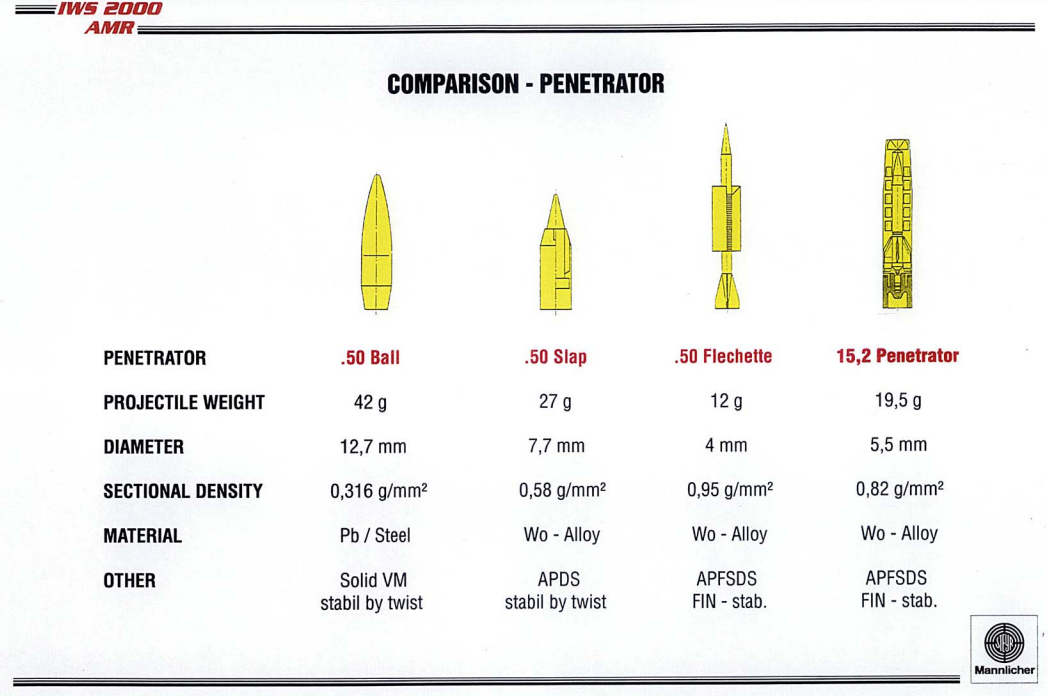 *why do picts uploaded from PC allways resize smaller

Saboted rounds could be used, but you absolutely need to use heavy metals for the dart (or you're not going to increase the BC compared with conventional bullets), and the dispersion (geometric and velocity) will still be an issue.

.50 SLAP is an existing high velocity round (it's on your graph), and people didn't try to use it to break any world record.

I would hazard that for static targets at known ranges spin stabilised full bore projectiles are about as good as you are going to get. You don’t have to deal with sabot separation* or weird reactions to cross winds that you get with fins-stabilised projectiles.

If you are dealing with unknown ranges or moving targets, then a higher velocity might be better. I think I recall someone mentioning the Swedes using SLAP in 7.62mm for marksmen as the flatter trajectory and shorter time of flight outweighed the larger dispersion against fleeting battlefield targets with sketchy ranging.

* although squeeze bore might be interesting as a way to get sub-calibre velocities without sabot separation being a thing.

Alternatively you could go with a payload option since it’s relatively easy to laser a range these days.  Something like an XM109 25mm AHEAD round that will have a pattern large enough to help compensate for dispersion.

If you’re shooting at targets that far away though, why attempt to use a shoulder fired weapon? Might as well take breathing and trigger control out of the equation and run it off a remote weapons station / powered tripod.

Most anything that needs killing past 1,200 could do with something guided, crew served, vehicle mounted, artillery or air support.

If just a thought exercise, then I think we’re butting up against the reasonable possible performance given current levels of tech that doesn’t involve significant tradeoffs in other areas (barrel life, weight and so on)

1
ReplyToggle Dropdown
Msg 6 of 16 to EmericDEmericD
In reply toRe: msg 2

.50 SLAP not being used by anyone is likely down to lack of ballistics data and availability of the projectile for handloading ,as ES and SD requirements are beyond military ammo

Courrent records are held by rather moderate caliber 37XC ,

*why do picts uploaded from PC allways resize smaller

I find using IMGBB very useful for uploading and sharing pics; they will be full size.

So, the BC of this bullet is not better than most 400 gr / .375" bullets, and if the velocity is great, very few competitors are using 45" barrels on their long-range rifles.

So, if you fire the SLAP from a 30-32" barrel, you probably won't gain any ballistic advantage compared with the .37" XC or the .375" Chey-Tac, and you can't expect a muzzle velocity standard deviation of 5 fps or lower with a sabot!

0
ReplyToggle Dropdown
Msg 9 of 16 to EmericDEmericD
In reply toRe: msg 8

SLAP looks like AP only , modern civilian sabots can do theoreticaly do much higher BC bullets but the sabot designs look kinda iffy for any type of accuracy

The i7 form factor of the .50 SLAP is pretty large, but the L/D is already 4.79, the flat base and long bearing surface seems to be a requirement for proper bullet / sabot link.

I have never seen a commercial "push" sabot working well with a commercial bullet with a L/D higher than 4.0... hence the need for a high-density material for manufacturing the bullet.