When you come down to it the British had all the components to build a 30 ton range medium tank in 1940 right there, they just screwed up their design and usage philosophy so badly that they missed it.

Engine - Napier Lion, well over 400hp, proven in both motor vehicle and small sea going vessels, as reliable as all hell and the right size to fit in an AFV.
Gun - 3"20cwt, especially if they dusted off the old drawings and went back to the MkI/II dropping block breech.
Transmission - the Merret-Brown was available, just.
Suspension - Christie if they wanted to go that way, and of course the Horstmann which had been around since 1922.

Then we go and look at actual tank designs that came out of the UK, specifically the Vickers Medium.  There you have a 3 man turret, front engine, a 6pdr gun in one experimental mount, the command tank version, and of course the Birch Guns.  Now expand that out for a 1938-9 design.  3 man turret, front engine with gearbox and front drive sprocket, 3" gun, and go from there for a family of vehicles that include a command vehicle, FOO vehicle, SP artillery, a tank destroyer, and an APC with rear exit.

With you light tanks you go on with the quite nice little MkV/VI, and produce a family of vehicles from them as well.  Include in it the tank, a light tank destroyer with the 6pdr, a mortar carrier (with full rotating turntable capable of dealing with a 4.2" mortar), and once again an APC for use by dismounts scouts.

0
ReplyToggle Dropdown
Msg 12 of 186 to larrikin2larrikin2
In reply toRe: msg 11

Yes, I've come across the suggestion of the Napier Lion and 3" 20 cwt before. It would make sense if the need was to get a small number of tanks into service as quickly as possible, but the problem was that the Army needed the 20 cwt as AA guns (the 3.7 inch mostly being snaffled for home defence as they came off the production line), and I don't know how many Napier Lions were available. It was also an awkward shape for a engine which had to fit alongside the driver, which is why I like the straight-6 cyl 300 hp "half-Meteor". And the whole idea of using this layout at all is for maximum versatility as it leaves the back half of the vehicle completely empty, to slot in whatever turrets, LT gun mountings or command/carrier functions required.

0
ReplyToggle Dropdown
Msg 13 of 186 to autogunautogun
In reply toRe: msg 12

The Vickers Medium MkII, and for that matter the Merkava, positioned the driver behind the engine with them sitting a bit higher so that they looked down over the slope of the engine cover.

And if you do that you can put the engine, differential, and gearbox in that front compartment.

As for the Lion, there were thousands of them made, and a great many of them were still in use on obsolete aircraft around the time Don arrived.  Napier didn't stop building them until the Merlin and the Hercules came along to completely outclass them as aircraft engines.

Yank them out of the obsolete aircraft and from the scrap heaps where there would have been a lot sitting, refurbish them and pull the unnecessary for a tank superchargers off them and you have a 450+ normally aspirated engine with all the bugs worked out ready to go.  Get Napier to set up a shadow factory to continue to make them while they are developing their new engines, which ended up with the Sabre.  Or if you are going to really rationalize engine development and not worry about the Sabre, just get Napier to keep making them.

With the nice slope on the engine bay, and the entire drive chain in front of the driver, plus a bulkhead, it would make them very survivable from head on shots.

0
ReplyToggle Dropdown
Msg 14 of 186 to larrikin2larrikin2
In reply toRe: msg 13

The Vickers Medium MkII, and for that matter the Merkava, positioned the driver behind the engine with them sitting a bit higher so that they looked down over the slope of the engine cover. And if you do that you can put the engine, differential, and gearbox in that front compartment.

That would make the vehicle longer overall, though, and somewhat taller, which would be undesirable.

0
ReplyToggle Dropdown
Msg 15 of 186 to autogunautogun
In reply toRe: msg 14

Not really.  The Lion was slightly shorter than the Meteor, and slightly lower.  By putting the shorter, lower profile engine across the front with the driver behind it you wouldn't increase length by more than a couple of inches, and wouldn't increase height by much more.

And as I said, it's an existing, in production engine with all the bugs worked out over a near 20 year period.

0
ReplyToggle Dropdown
Msg 16 of 186 to larrikin2larrikin2
In reply toRe: msg 15

I'm not sure that the packaging works out quite so well as that, and of course we don't know how the Lion would take to being confined in an armoured vehicle, since all of the applications I'm aware of were in aircraft with cooling airstreams of a couple of hundred mph or (in a few cases) in motorboats with loads of cooling water available. Given how well the Meteor performed, we can be confident that a half-Meteor would perform well, and since the engine would be powering the most important family of AFVs for the UK in WW2, risks cannot be taken...

As a matter of interest, this illustration was sent to me several years ago, showing the layout of the tank:

0
ReplyToggle Dropdown
Msg 17 of 186 to autogunautogun
In reply toRe: msg 16

As a matter of interest, this illustration was sent to me several years ago, showing the layout of the tank:

How heavy is this meant to be?  That looks like a Scorpion more than a BMP-2, so might be a too small for the tech and the weight. Realistically it looks far too small and cramped. Things like accessing or changing the engine would require removal of either the turret or the front armour. Also where are the fuel tanks? In the BMP 2 it's the crew seat in the rear of the vehicle and the rear doors. It would be worth looking at a vehicle like the Abbot in detail to see how practical it is, but keep in mind that if you want a few inches of armour on the front it's going to need to be permanent structure so your engine and transmission will need means to be removed from behind it.

For comparison the BMP-2 has it's engine in the centre of the hull and is wide enough for the driver to fit down one side with radiators and other engine parts taking up the toom on the other side of the engine. The engine also sits completely under the horizontal armour and it removable that way.

As 1940 tech this looks completely impractical I'm sorry to say.  Cromwell would be a far better idea, possibly with the rear facing gun of the Centurion FV3805 for an 25 pdr SPG and Horstman rather than Christie suspension. Conversion of the meteor to a diesel at that same time might be optimal.

Borrowing your picture as an example. The 75 mm really is an excellent option for the early tank. Designing the turret for the 77 mm from the beginning will simplify things when production can switch to that gun from the 6 pdr/75 mm. Coming up with an hull MG port would be the only challenge but copying either the Sherman or T34 design would work (neither existed at that time but a sketch should get then British designers started).

Or a 3" version with the 6 pdr case necked up to take an existing 3" shell. As far as explosive effects go it might be simpler to just see to replacing amatol with TNT or RDX pre war for a bigger bang with less effort. You could go with the longer shell within the case here but velocity is also nice for hitting distant of moving targets rather than having it lumber along at 300 mps..

0
ReplyToggle Dropdown
Msg 18 of 186 to autogunautogun
In reply toRe: msg 16

If risks cannot be taken, would it not be wise to also develop a line around the Lion as well in case something went wrong with the half Meteor?   Which ever one turned out to be better overall would be the one to go with.

Especially since sawing a meteor engine in half isn't even close to a risk free proposition.

You are in fact developing a whole new engine at this point.

In comparison, figuring out how to cool a bunch of lion engines you already have quite a few of is almost a sure bet.

Additionally that half meteor layout was designed by someone who hates tank drivers. Poor guy is going to roast alive even if he doesn't burn to a crisp or die the first time it takes fire.

0
ReplyToggle Dropdown
Msg 20 of 186 to roguetechieroguetechie
In reply toRe: msg 19

In comparison, figuring out how to cool a bunch of lion engines you already have quite a few of is almost a sure bet.

Quite, and the napier lion looks like an excellent engine for a rear engined tank. And updating it's cooling would appear to be a simple proposition.  With Horstman suspension and and an oversized cast turret designed to take a bigger gun later is would be about ideal for a late 30s design to replace the Matilda and the Cruisers. It might even result in a rear transmission Sherman if it is of more influence than the Souma on their design team. 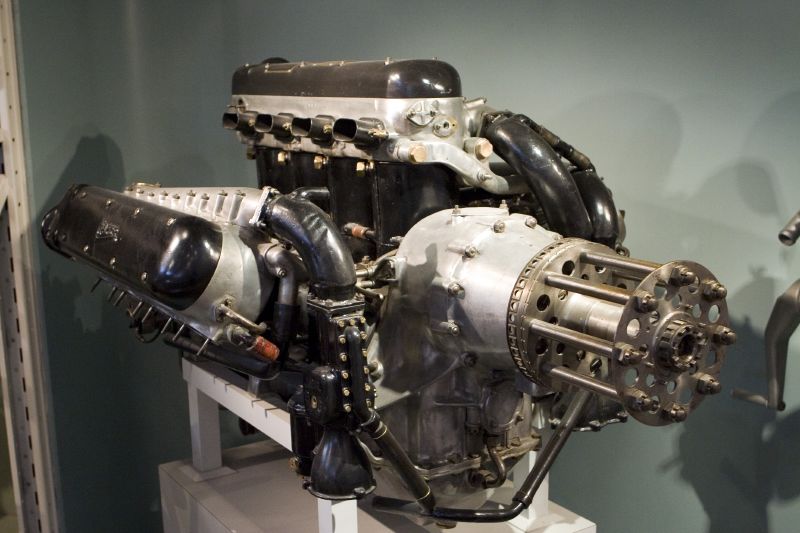