I was readig about the old ZSU AA vehicles and how they were effective, at least up untill the 80s or so.  The consensus was that this type of system is now redundant thanks to the speed of new planes.  of course the drawback with current G2A missiles is the cost.

With.modern guns capable of both airburst, and also hypervelocities (5000+), could a new AA vehicle have a possible afvantage over missiles?

Looking at the most extreme example, could a modern 'ZSU' equivalent have a better chance against an F35, given that most of its defences are oriented towards missles? Again im thinking in terms of a 6000fps round, perhaps in a 40mm dual cannon.

Or would the AA vehicle be hopelessly vulnerable to the F35, even before it can get a shot in?

The problem for AA guns is 1. most planes will stay above their effective altitude; and 2. the ones that are within range have friends with anti-radiation missiles to take them out.

With the ever-expanding use of drones AAA again has a role, but generally i think they will be moving towards larger calibers with more range and programable or even guided ammo . When you are at 40mm or 57mm you are not far of MANPAD range

Also note that many extended range munitions for stand off attacks are slow as they trade in speed and altitude for glide angles wings enable. Again something that AAA could possibly engage ,

IMHO, small and medium caliber (20-57mm) AA guns with modern aiming systems are still relevant against helicopters and UAV. Especially if paired with SAM, such as Russian Pantsyr or Tunguska systems.

Yes i should have clarified i meant a.SPAAG like the old ZSU.

If spaag can be as protected as IFV and not to different to IFV  like Derivatsia or CV90 TriAD, at one point i could imagine IFVs networking and a single SPAAG with its radar being able to provide targeting data for others greatly enhancing effectiveness.

They can be very organic to the other Armor . Old ZSU are very thin skined but have proven themselves against ground targets again and again so i imagine new  SPAAG coudl as well. Larger calibers needed to deal with ever increasing ATGM range , for past 30+ years AT choppers could fire outside 20-23mm cannon range , but with 40-57mm cannons its again becoming much more dangerous. 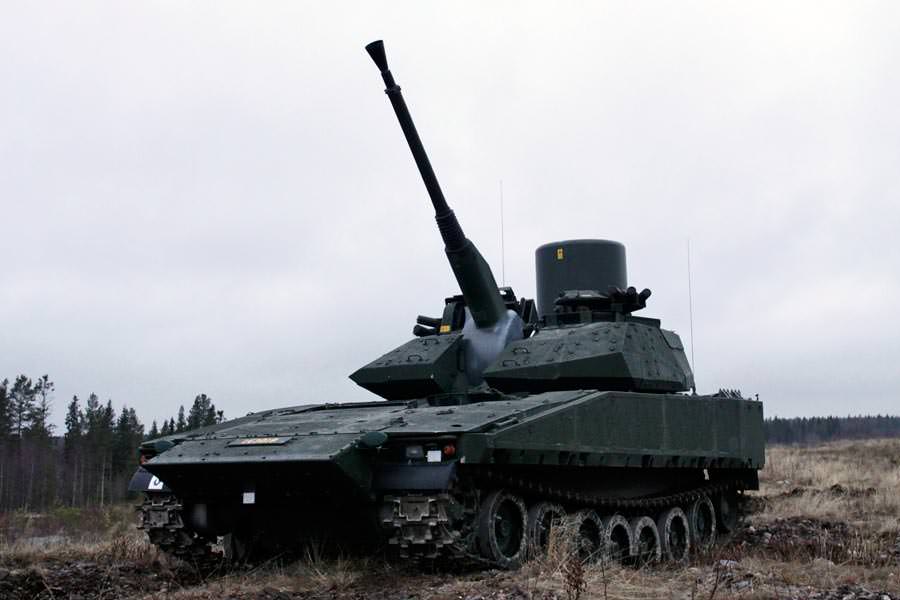 IIRC, part of the reason for canceling the DIVAD (Sgt. York) program back in the 80s was helicopter-launched ATGMs had more range than 40mm AA guns.

To me it seems a spaag would have he advantage because it can shoot down any missile attack from the jet. And the spaag has an easier job of 'concentrating' because its not flying at mach 2.

With.modern guns capable of both airburst, and also hypervelocities (5000+), could a new AA vehicle have a possible afvantage over missiles?

Is it realistic to have AA guns that can fire at that high a velocity and still have a high rate of fire?

To me it seems a spaag would have he advantage because it can shoot down any missile attack from the jet.

What is the speed of most air launched anti-tank missiles?

A quick look the US Hell fire looks to be one of the faster ones at a little under 1,000 mph. I don't know if that is launch speed or it maintains that  speed .

The hardest part would be detecting a missile was launched  and reacting in time.