One thing that came to my mind in the last days contempaling this topic.

What would happen if a 6,5x52 Carcano would have been loaded with a 6,5 mm Arisaka M38 bullet. A 139gr spitzer. Would this hybrid be a usuable combination?

1
ReplyToggle Dropdown
Msg 34 of 139 to autogunautogun
In reply toRe: msg 29 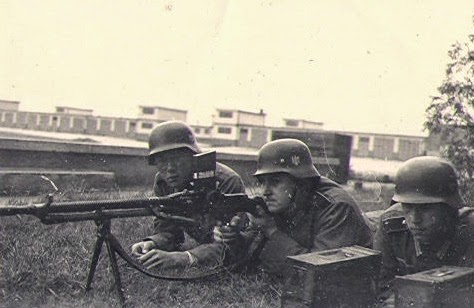 When Germany occupied Czechoslovakia in March 1939, the ZB-26 and ZB-30 were both incorporated into the Wehrmacht and Waffen-SS under the designations MG26(t) and MG30(t), the suffix (t) denominating a captured weapon of Czech (“tschechisch”) origin. Altogether, the Germans acquired 31,204 ZB-26 and ZB-30 machine guns at that time, some sources indicate that the majority of the captured guns were the ZB-30 model. 1,500 of these guns were sold to the German ally Bulgaria, the others were issued to the various Wehrmacht branches and also the Polizei and Waffen-SS. Later, when Germany occupied Yugoslavia, they also captured some of the 15,500 ZB-30 machine guns that had been sent there, although it is unknown how many of these exactly were captured. Production of these weapons was continued under German occupation in Czechoslovakia and 10,430 were produced for the Wehrmacht and SS in 1939 and 1940. These examples cannot technically be considered “captured” but were actual German production. In 1941 production was switched over to the MG 34 and production of the MG30(t) / ZB-30 ceased.

0
ReplyToggle Dropdown
Msg 35 of 139 to dobrodandobrodan
In reply toRe: msg 34

That is not the army but the SS. Two different organisations with seperate logistics and procurement.

The SS was desperate for any weapons they could get their hands on because for most parts the army had priority. Foreign weapons also where used in garrison forces. But they were concidered inferiour to German equipment and replaced if possible.

It is one of the major mistakes made by the German leadership in the early stages of WW2 not to make full use of the industry of the occupied countries and switch the captured arms industry over to produce german equipment.

0
ReplyToggle Dropdown
Msg 36 of 139 to autogunautogun
In reply toRe: msg 30

Is there a logical rationale to hypothesize the MoD setting weight requirements which would necessitate completely new designs, instead of just converting the existing designs to the new caliber as CZ did in developing what became the BREN gun?

To me it seems far more likely that in your alternate timeline, CZ would develop a BREN gun exactly like they did in actual history, except it would be chambered in .276 Pedersen instead of .303 British.  There might be some reduction in weapon weight, but I wouldn't expect a hypothetical .276 BREN gun to weigh much less than the real .303 version.

FWIW, according to Ian the Czech ZH26 rifle actually was developed in .276 Pedersen:  https://youtu.be/e5dyjhcxGMI?t=235  Presumably it was just a caliber conversion, not a completely new rifle.

0
ReplyToggle Dropdown
Msg 37 of 139 to schnuersischnuersi
In reply toRe: msg 33

There were two loadings of 6.5 Carcano that had spitzer bullets. 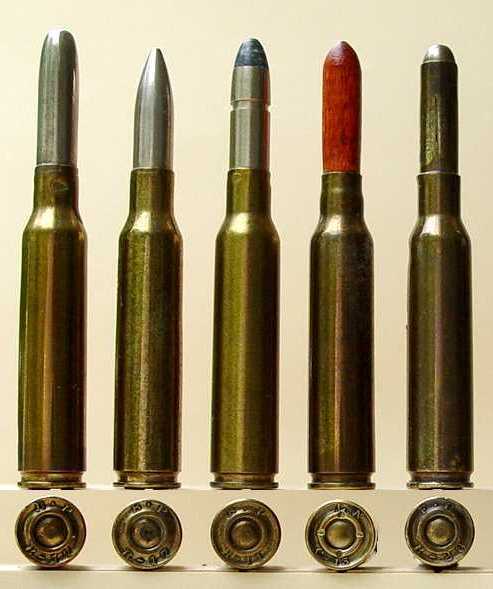 0
ReplyToggle Dropdown
Msg 38 of 139 to schnuersischnuersi
In reply toRe: msg 35

The article says this:

0
ReplyToggle Dropdown
Msg 39 of 139 to mpopenkermpopenker
In reply toRe: msg 27

Anything you outsource to Belgians or Czechs will be automatically available to Germans by 1940, if not earlier. Including machinery, complete drawings etc. Especially Czech.

In this timeline, design and development of the .303 BREN gun actually was outsourced to the Czechs.  Is there any logical reason to think that a hypothetical change of caliber to .276 Pedersen in the TFW timeline would be likely to cause the Germans to adopt and field the .276 BREN gun?

0
ReplyToggle Dropdown
Msg 40 of 139 to dobrodandobrodan
In reply toRe: msg 38

Besides that its unrelevant to the topic of this discussion in did write that foreign weapons have been used in garrison units of the Wehrmacht.

The one exception is the vz 37 wich was produced to equip the Chech designed tanks. Once these had been phased out of production the guns also had been used to equip garrison troops and fortifications.

The Czech guns have been im the German standard caliber. Which made them easily usable. But they have not been adopted because they have been convidered good. The reason was because there has been a lack of suitable German equipment. The foreign equipment are just stop gaps. Even if guns in .273 and the production facilities would have been captured neither the Wh nor the SS would have adopted it. They would have stayed wit 7 92x57 for MGs. Maybe it would have had impact on the adoption of a German intermediate cartidge. But that is about it.

0
ReplyToggle Dropdown
Msg 41 of 139 to stancriststancrist
In reply toRe: msg 37

Is there ballistical data available?

The point of departure of TFW from historical reality is September 1934, five years before the war (seven years for Max!). Everything up to that date would happen exactly as it did. The throwbacks would take a little while for their influence to be felt on procurement, but given the advanced tech they brought back with them, they would begin to have an impact on thinking almost immediately.

The other point to bear in mind is: "first, do no harm". That means don't bet the farm on advanced tech which might fail, leaving you worse off than historically. So there should always be conventional backups for any untested tech.

As far as UK small arms are concerned, I would initially continue with production of the .303 Lee Enfield, Bren and Vickers, while developing .276 Pedersen weapons: a selective-fire rifle, a belt-fed GPMG and something like the FG 42. Initially, these would be issued to the new special forces - paras and commandos - but as the new weapons matured and economical production was established, they would start to filter to front-line infantry.

Incidentally, I would keep the .303 Browning production line going even after the introduction of more powerful aircraft guns, because its open-bolt firing was much better suited to intensive use without the risk of cook-offs (the Vickers and .30 Browning used closed-bolt firing). Given a much heavier barrel and a reduced rate of fire, the .303 Browning could replace the British army's three historical vehicle MGs (.303 Vickers, 7.92mm Besa and .30 Browning - each with their own ammo!).

The German combination of the MP in 7.92 x 33 and the MG in 7.92 x 57 was more than adequate for WW2, or indeed for a long time afterwards. Given earlier production, they wouldn't need anything else.