I suggest looking at Serbian combat experience for possible reasons. Perhaps there have been lots of materiel targets in recent Serb wars?

IIRC One of the reasons for the Croatians to develop this 20mm beauty during the 90's was to target the nightvision gear on Serbian tanks.  So the Serbs have some experience being on the receving end of 20mm AMRs,

0
ReplyToggle Dropdown
Msg 24 of 81 to EmericDEmericD
In reply toRe: msg 15

Gun action is very much classic

It's Hispano-Suiza HS.804 (which was manufactured in Yugoslavia under licence), so a derivtive of pre-WW2 HS.404.

0
ReplyToggle Dropdown
Msg 25 of 81 to gatnerdgatnerd
In reply toRe: msg 11

0
ReplyToggle Dropdown
Msg 26 of 81 to stancriststancrist
In reply toRe: msg 14

the old 50 caliber multiple projectile round from Vietnam for Riverine units would probably be better than any "Cannister round" in a .50.

0
ReplyToggle Dropdown
Msg 27 of 81 to EwingGregEwingGreg
In reply toRe: msg 26

the old 50 caliber multiple projectile round from Vietnam for Riverine units would probably be better than any "Cannister round" in a .50.

The Army seems to agree; they are playing around with bringing Duplex / Multiplex rounds back for .50 BMG. 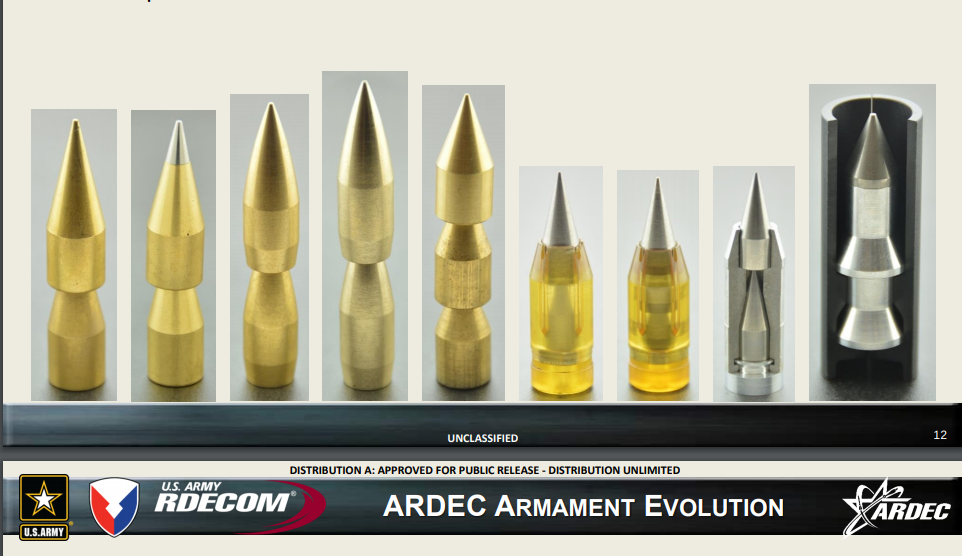 ARDEC have developed a .50 calibre full-bore duplex round, the XM1175 ‘Interceptor’, this round was designed to be used in all existing M2 heavy machine guns. This means the new ammunition could be used in vehicle mounted M2s or in perimeter defence, in theory any M2, deployed on land, sea or air, could utilise the round.

One of the advantages of the new round is that it can be employed in situations where collateral damage is an issue. The lower mass and the nature of the XM1175’s aeroballistics means that the round will decelerate more rapidly and cause less damage to objects it hits, creating what ARDEC describe as a Smaller Surface Danger Zone (SDZ), giving troops more engagement opportunities in closer quarters.

Parisi explained that “while the technology we have developed is caliber-agnostic, most of our work has been in caliber .50 due to widespread use of the M2 machine gun and the suitability of the two systems for the given mission set.” ARDEC hope the XM1175 will see service in the near future, but in the meantime they are continuing development of small caliber multiplex technology.

0
ReplyToggle Dropdown
Msg 28 of 81 to gatnerdgatnerd
In reply toRe: msg 27

I wonder if it will function in a gau-19?   If there is ever a situation where truly Massive amounts of projectiles are needed...    mini Phalanx?

0
ReplyToggle Dropdown
Msg 29 of 81 to gatnerdgatnerd
In reply toRe: msg 27

Does the 50 really create a large danger space for troops.....this would make a strong case for a 357 cheytac or 338

0
ReplyToggle Dropdown
Msg 30 of 81 to gatnerdgatnerd
In reply toRe: msg 27

Does the 50 really create a large danger space for troops.....this would make a strong case for a 357 cheytac or 338

Only if you're going to load the 357 or 338 with ultra-lightweight, low-BC bullets that lose velocity very quickly.

Does the 50 really create a large danger space for troops.....

It's more a matter of that it creates a large danger space for anything in the general vicinity.  In the heat of the moment, it can be easy to forget that that .50 round that I just shot doesn't magically disappear once it hits (or misses) the target, or immediately slows to a safe velocity after it skips off a street or a body of water.  That's a big, heavy, angry bullet that's still going someplace, and whatever is at that place when it eventually arrives isn't going to be happy about it.

Of course, this is not a new problem.  20 years ago, when we were concerned about the collateral damage caused by errant .50 fire, we simply used something smaller rather than trying to spin up a whole new line of gimped ammunition, but whatevs.  Modern problems require modern solutions and all that, and figuring out ways to make legacy products work for new (and not so new, in this case) problems makes the MIC a sad panda.