Does the 50 really create a large danger space for troops.....

It's more a matter of that it creates a large danger space for anything in the general vicinity.  In the heat of the moment, it can be easy to forget that that .50 round that I just shot doesn't magically disappear once it hits (or misses) the target, or immediately slows to a safe velocity after it skips off a street or a body of water.  That's a big, heavy, angry bullet that's still going someplace, and whatever is at that place when it eventually arrives isn't going to be happy about it.

Of course, this is not a new problem.  20 years ago, when we were concerned about the collateral damage caused by errant .50 fire, we simply used something smaller rather than trying to spin up a whole new line of gimped ammunition, but whatevs.  Modern problems require modern solutions and all that, and figuring out ways to make legacy products work for new (and not so new, in this case) problems makes the MIC a sad panda.

0
ReplyToggle Dropdown
Msg 33 of 81 to MustrakrakisMustrakrakis
In reply toRe: msg 32

And when one panda sues another panda...

And are there any modern 14.5mm Raufos equivalent loads?

14.5 in foreground, .50 bmg behind, to give sense of scale for rifles by Truvelo: 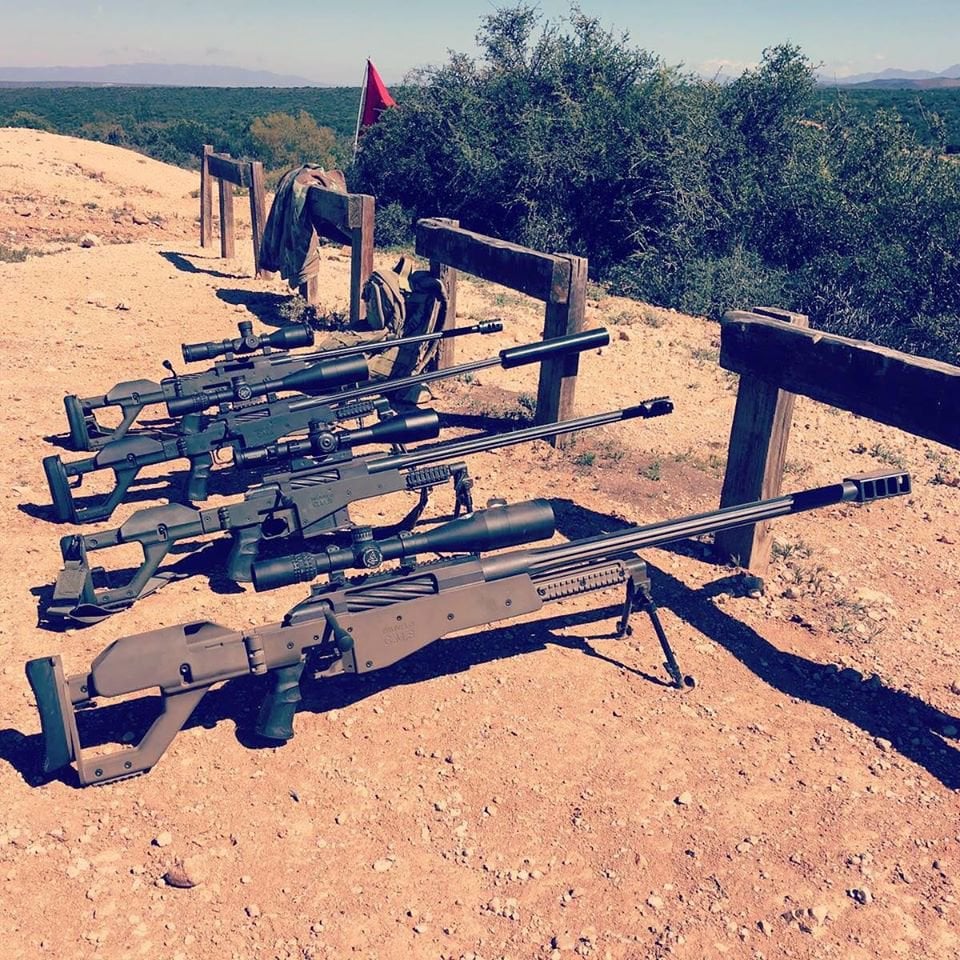 0
ReplyToggle Dropdown
Msg 35 of 81 to gatnerdgatnerd
In reply toRe: msg 34

0
ReplyToggle Dropdown
Msg 36 of 81 to gatnerdgatnerd
In reply toRe: msg 34

The velocity to defeat 50% of the time a 21 mm RHA plate is around:

1
ReplyToggle Dropdown
Msg 37 of 81 to gatnerdgatnerd
In reply toRe: msg 34

And are there any modern 14.5mm Raufos equivalent loads?

Limited searching suggests that’s about twice what the Raufoss would do, albeit absent  the incendiary effect.

1
ReplyToggle Dropdown
Msg 38 of 81 to RovingPedantRovingPedant
In reply toRe: msg 37

Didnt the 50SLAP have issues with bullets flying into the barrel

I’ve seen it suggested that the polymer sabot might not be entirely stable over long periods of storage, but different manufacturers might use different materials that are more stable and military use during rated life would not see that issue in any case.

0
ReplyToggle Dropdown
Msg 40 of 81 to RovingPedantRovingPedant
In reply toRe: msg 39

Well i heard that either the 50 or 762 had issues with failing sabots during bursts. Sent the core into the barrel so they discontinued it.

0
ReplyToggle Dropdown
Msg 41 of 81 to EmericDEmericD
In reply toRe: msg 36

Great info as always, thank you.

Likewise, your data shows how penetrator length can really effect penetration, and how a long enough steel penetrator can mitigate the need to employ tungsten.

In terms of the .50 bmg replacement we were discussing in the other thread, what would be the minimum practical caliber to have a 52-54mm PPI style penetrator?

And has there been any study on penetrator shape as it relates to penetration? The PPI and others penetrators are rather blunt and sturdy points that looks like they would be fairly durable on impact.

Would a finer, VLDish pointy penetrator tip effect its ability to penetrate? I wonder whether the finer point would be more susceptible to deforming/shattering on impact, reducing the efficacy of a "VLD-AP" PPI type projectile? If so that would kill off the hopes for a .375-416 style .50 replacement, as they rely so heavily on a VLD profile.