I heartily disagree, but this argument does not belong here.

heir decisions are entirly based on their dogma and they equal it with truth and the moral good.

This one from today - even in the face of a looming energy crisis due to Ukraine war, they still wont keep the existing nuclear plants open:

In Germany's defense though, US 'green' activists are no less dogmatic or impractical.

Pretty amusing / interesting. Ukraine is buying oversized drones from Aliexpress, and turning them into sort of RC Cruise Missiles / suicide drones to strike inside Crimea. This is much further then we've seen other drones employed. 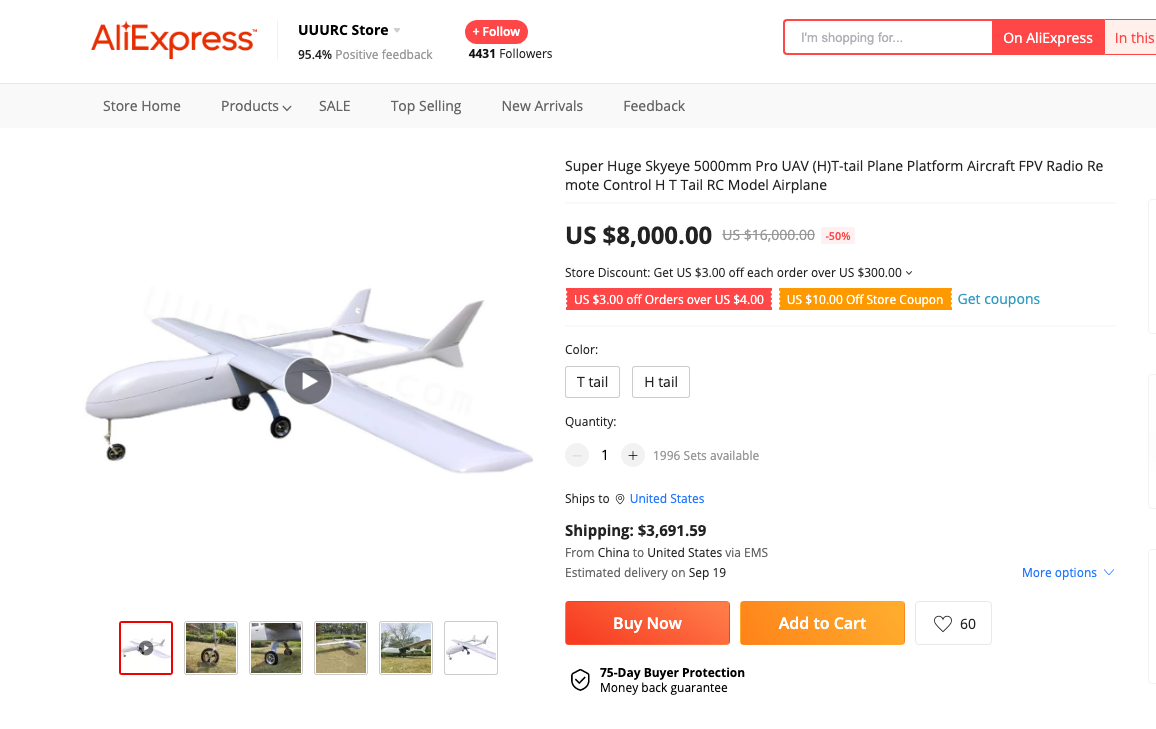 Whether this is an indictment of Russian air defense, or a worrying portent to the danger DIY armed drones pose to the world, remains to be seen.

Both can be true at the same time

No they can't and they won't.
For starters the wind and solars would have to be in the same area as the coal mines and power plants have been befor. Which is not a given and rather unlikely.
Second they would require intense retraining. Again its not a give that the people want that. After all they propably wanted to be coal miners and power plant engineers and liked this kind of work.
The mobility of german workers, concidering the workplace and field of work is traditionally very, very low. Once they become established and settled wich is usually ~30 years of age they will most likely not move or change carrer anymore.
There is precedent for this BTW. Its nothing new. When the coal mines and most steel and heavy industry in the Ruhrgebiet was closed down the entire region fell into a deep hole. It has not yet recovered. After more than three decades. Unemployment is conciderable above average for Germany. Wages are conciderable lower than average. Allmost all communities and town are dead broke and are running into dept more and more. Young people with good education and training leave. This is resulting in shortages in skilled labour. Which causes even more industry to move away. Resulting in less taxes for the communities. Its a down ward spiral. With no end in sight. There isn't even a proper concept or strategy to change that.
The second large scale precedent is most of East Germany. Its basically exactly the same there.

This is exactly the attitude I talk about.
Besides the fact that it is true the entire idea to "stop climate change" is false. It can not be stopped. Thinking the one country, like Germany, or even the entire EU has impact on the word wide CO2 emissions or could change anything is either ignorant or illusions of grandour. This is what ultimately prevents a sensible approach and strategy.

Latest stats I had seen have the entire EU responsible for 6% of global carbon emissions ( vs 11% US and 27% China).

So these sort of draconian restrictions (banning new combustion cars, etc) being proposed in the EU seem really disconnected from reality. Basically risking the entire economy for - assuming total success - at best a 6% reduction in global carbon output. Which will almost certainly be replaced with new Coal plants installed in China and India.

Yet the issue is discussed as if the EUs climate plan is key to saving the world.

EU is getting ever more authoritarian and an unelected commission just steamrolls any and all opposition . The most of the policies last couple of years are about compliance . Gree agenda ,firearms controls, digital identity , digital currency , if someone would have waken up from a coma he went in the 90's most of europe and US wouldnt seem much of a democracies. A fucking 21st century caricature of Supreme Soviet.

While i believe in climate change , i dont subscribe to it being wholly or even mostly manmade let alone being something that we need to manage, the climate changed many times over the past couple of millennia that we can chronicle  in human records, civilisations rose and fell due to climate changes but these days we are able to produce food in abundance despite climate challenges and we should learn to live with it to harden the infrastructure, economy and society  to changes in climate not tax and regulate folks into poverty on the altar of climate change.