Reportedly its multi mode. So GPS+INS+Laser.

I agree anything short of SF will render the laser guidance pretty mute. But its a neat additional option should there be some rare HVT where they can pull that off. 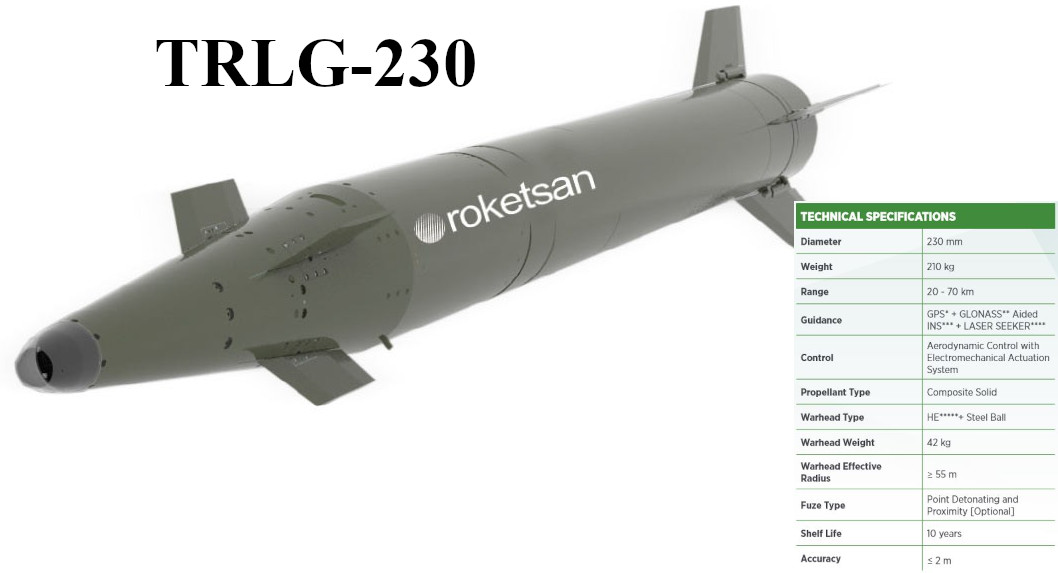 Without the laser, its still potentially a GMLRS with 2x the range. It will be interesting to see if these do have a 150km range, as recently reported, or whether they are the older 70km variants.

This map shows the theoretical areas it could hit if it does have a 150km range - quite a bit more area then the previous 70-80km of GMLRS from the HIMARS. 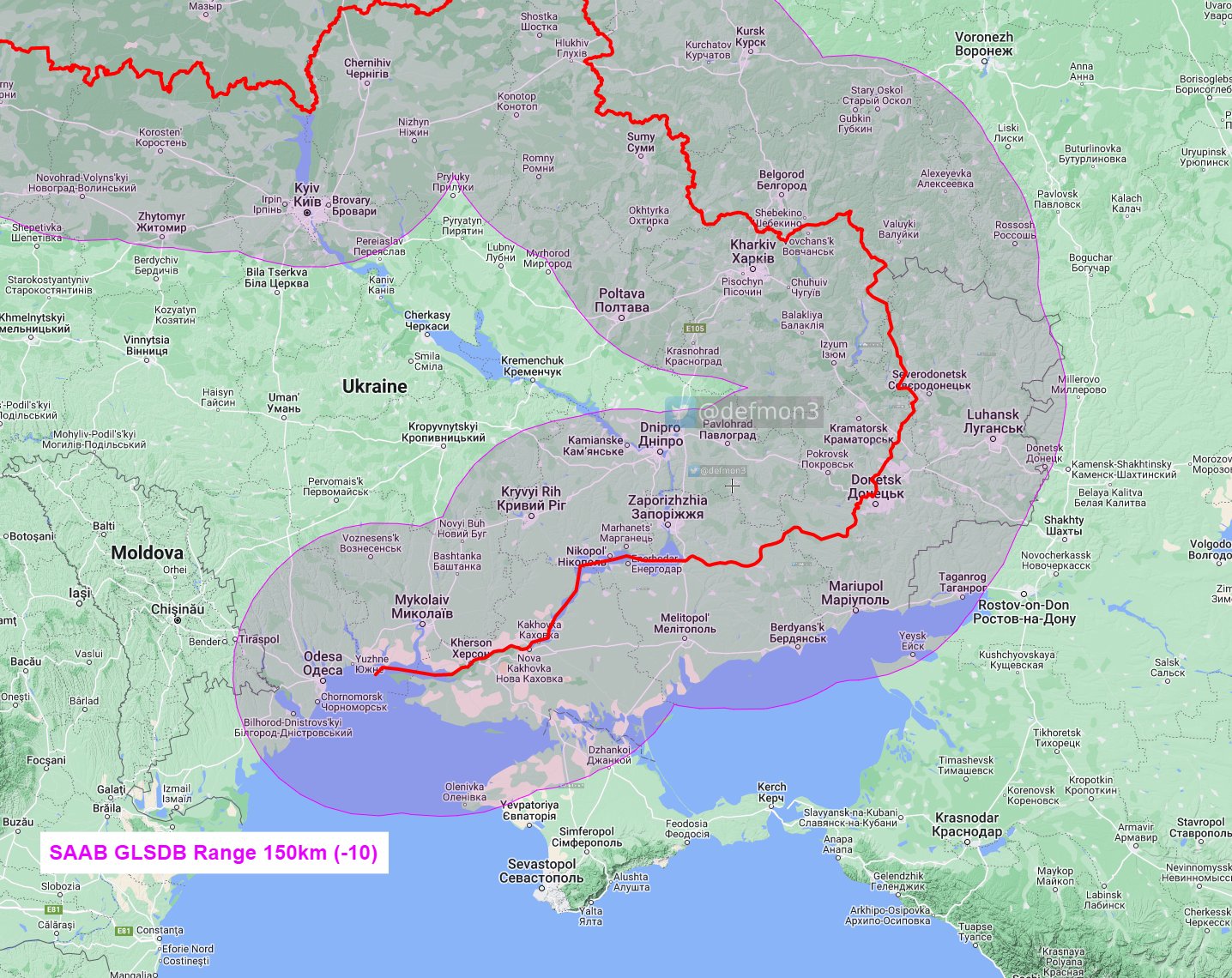 Apparently they have already arrived: 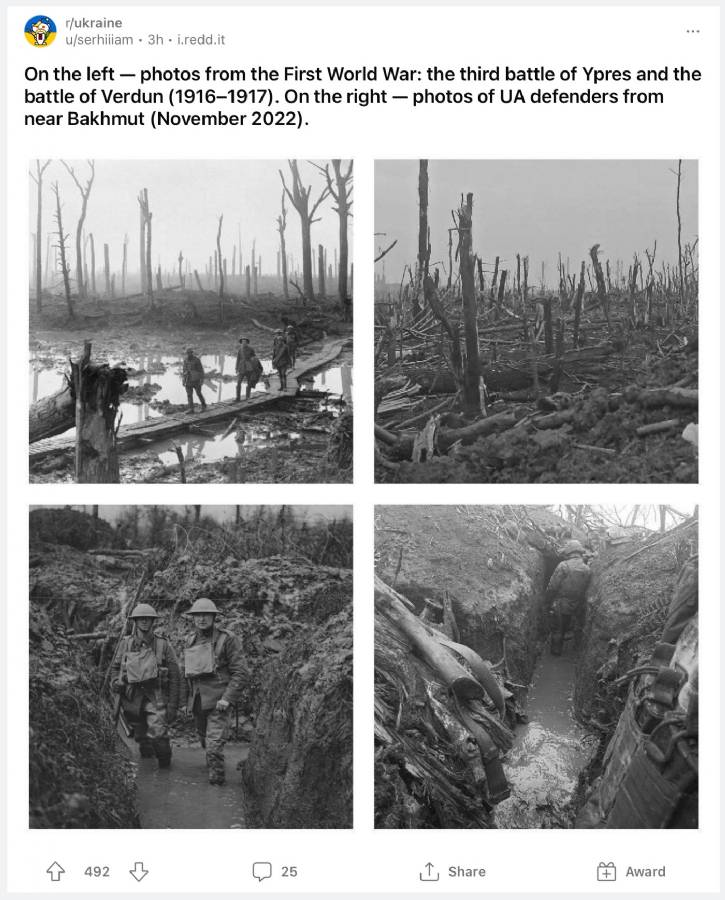 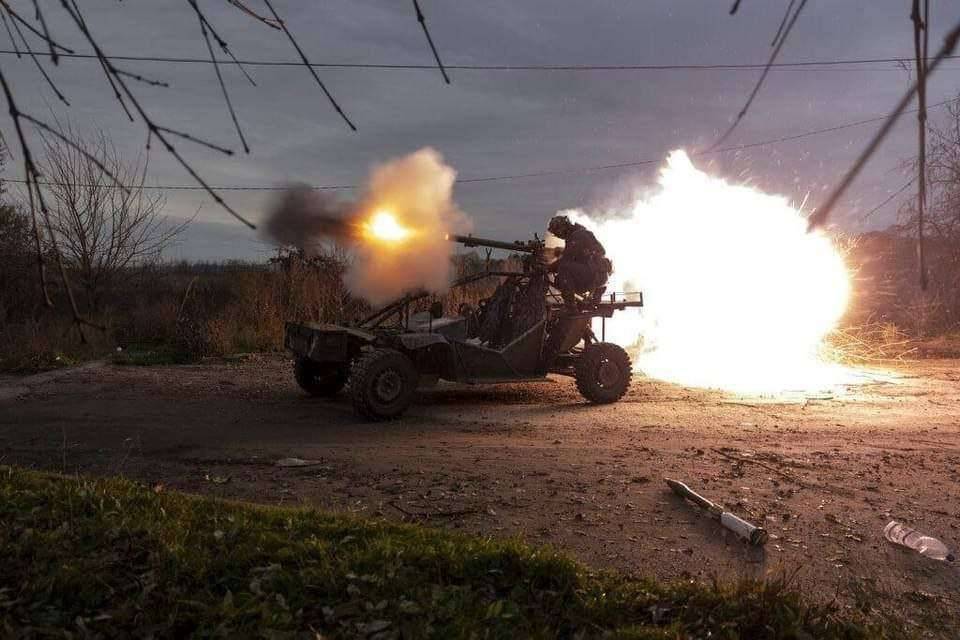 The same or similar, from Kherson 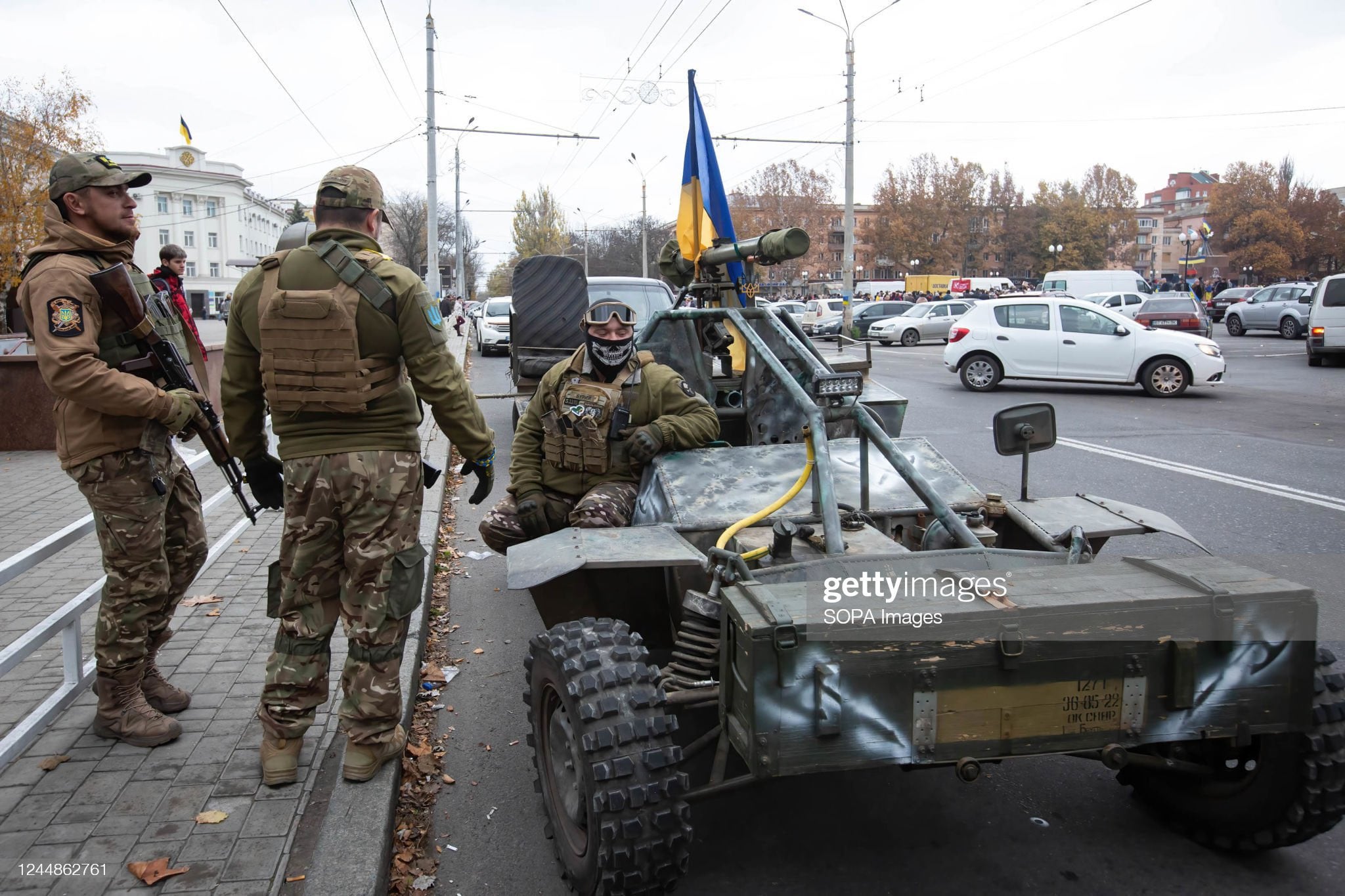 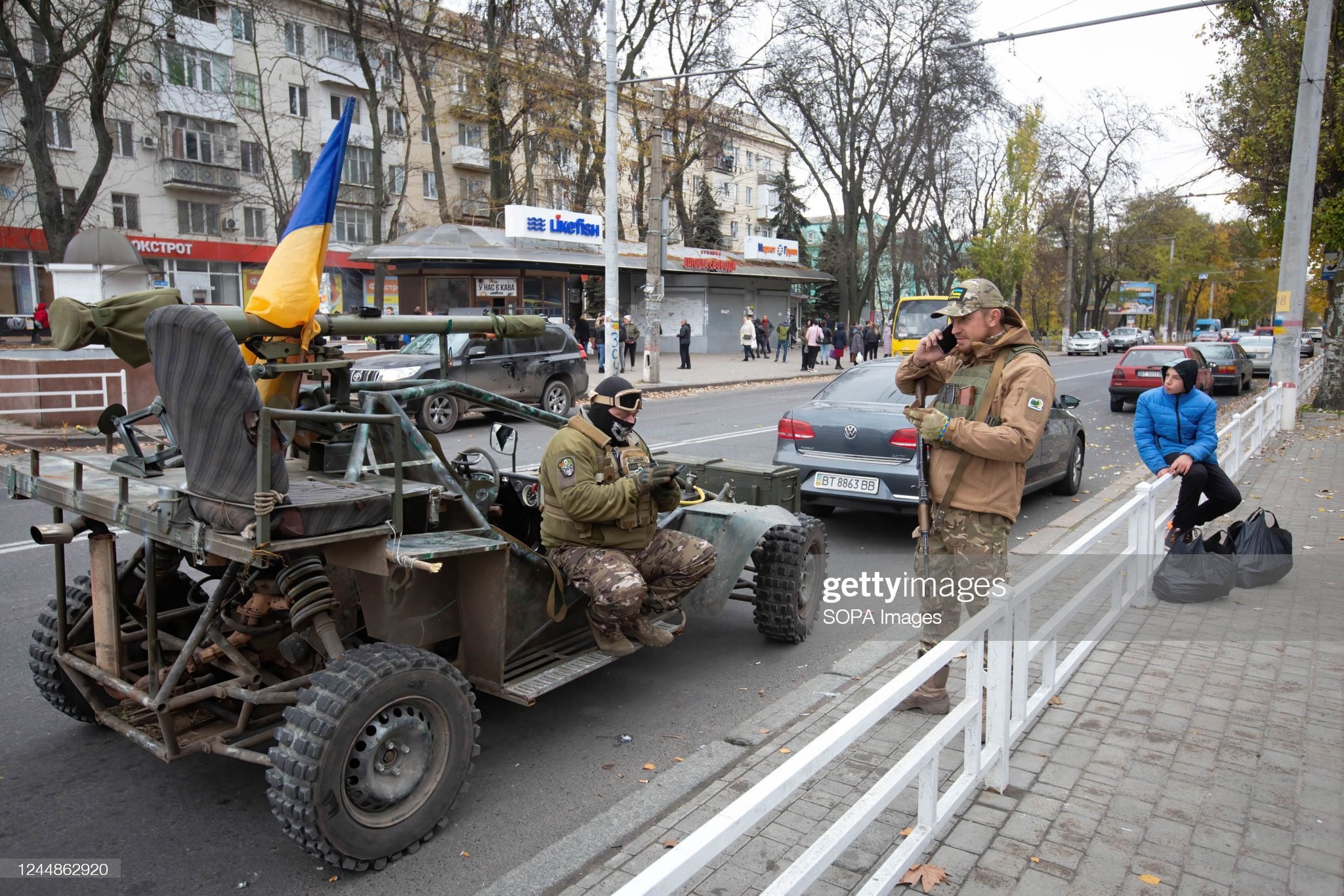 And a proper ATGM equipped golf cart as we've seen earlier, destroying something in the distance: 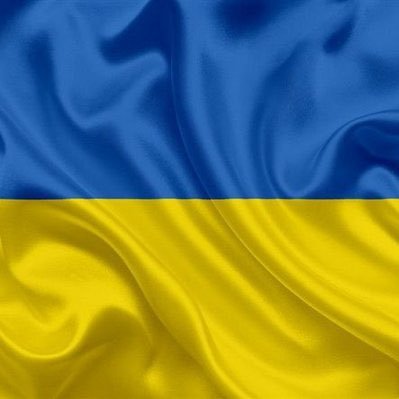 This would be the first debut of 'heavy bomber' quadcopter style drones, capable of dropping 8x 60mm.

This is a much larger payload then the highly effective R18 Drone, which typically only fits 1-3x anti tank grenades.

Heres one we' haven't seen yet.

Quadcopter used to correct for long range MK19 40mm use: 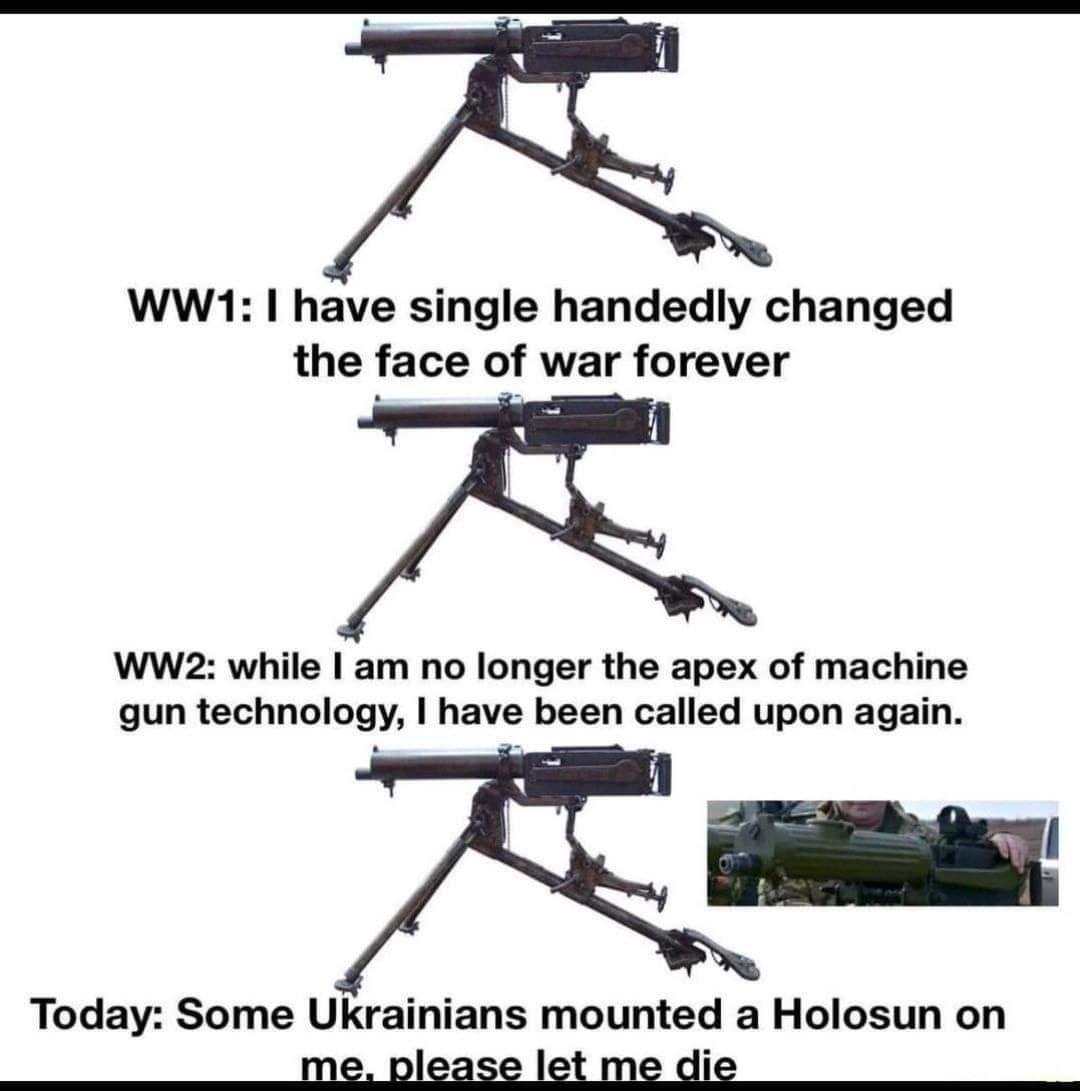 Speaking of, I came across this quote from "A Frozen Hell" on the Russo-Finnish war of 1939-40. Quite similar to today.

Ever wondered how switchblade controls work given that wings need to rotate so are to thin to house any servos.

Smart and straight forward , carbon fiber 'springs'  push flaperons one way , and servos act from the fuselage  only pushing one way 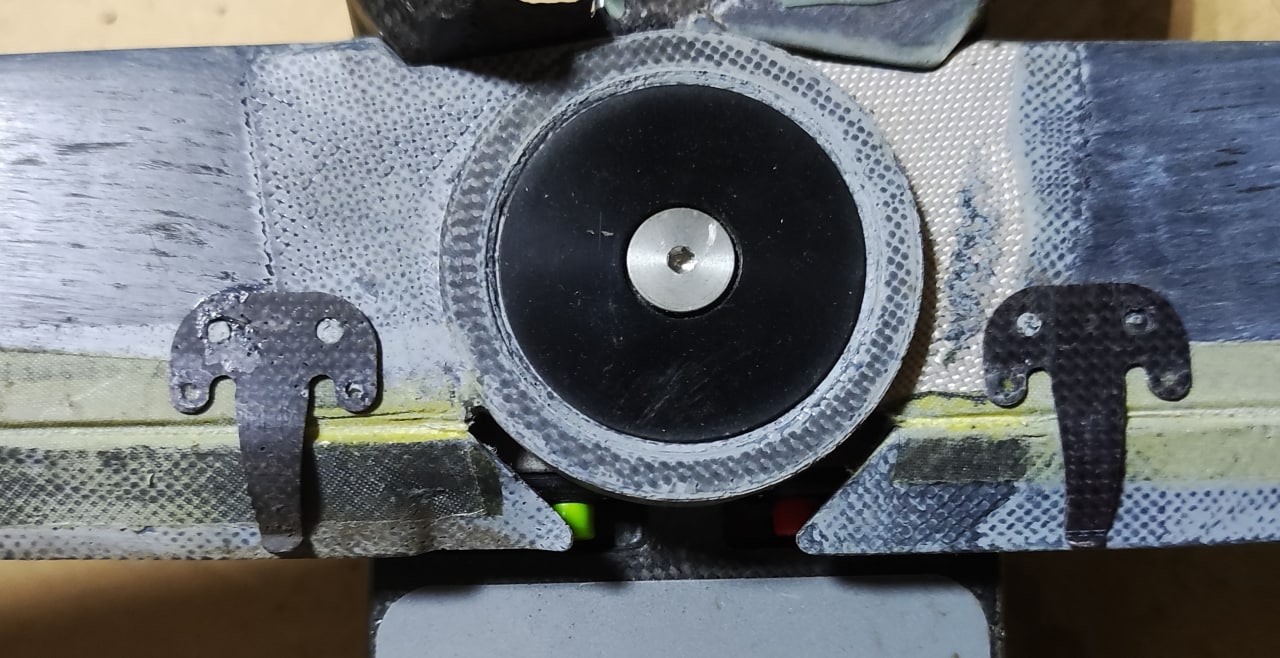 ''Question (Norwegian News Agency): I am sorry Jamie but if you say that the Army has a lot of back-up generators, why are you depriving 70% of the country of not only electricity, but also water supply, if he has so much back-up electricity that he can use because you say you are only targeting military targets?

Jamie Shea : Yes, I'm afraid electricity also drives command and control systems. If President Milosevic really wants all of his population to have water and electricity all he has to do is accept NATO's five conditions and we will stop this campaign. But as long as he doesn't do so we will continue to attack those targets which provide the electricity for his armed forces. If that has civilian consequences, it's for him to deal with but that water, that electricity is turned back on for the people of Serbia. Unfortunately it has been turned off for good or at least for a long, long time for all of those 1.6 million Kosovar Albanians who have been driven from their homes and who have suffered, not inconvenience, but suffered in many cases permanent damage to their lives. Now that may not be a distinction that everybody likes but for me that distinction is fundamental.''